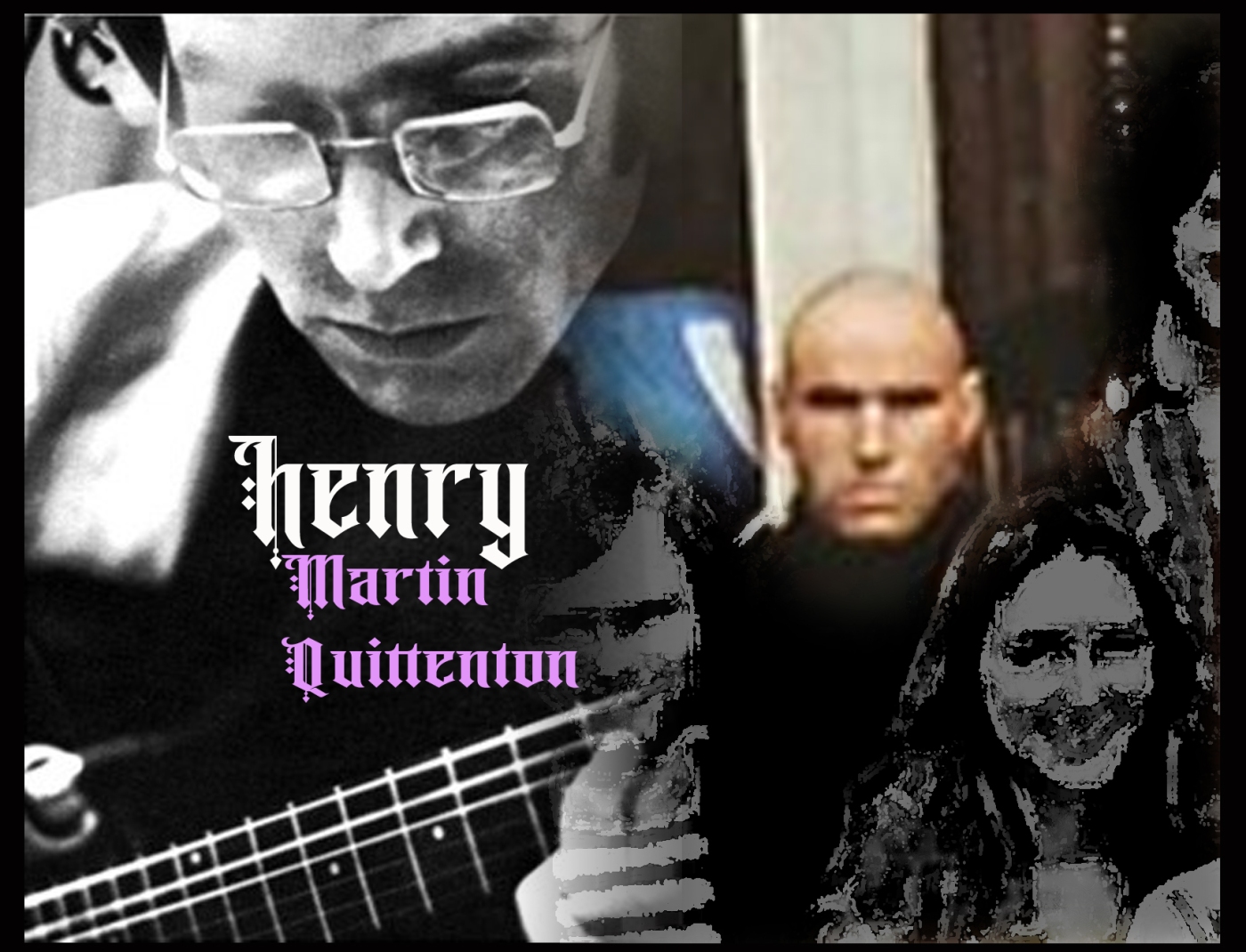 Sometimes, in the world of popular music, there are people of genius who make a huge contribution to a particular sound or style, but stay out of the limelight. One such was the great guitarist Steve Cropper, whose riffs and sound made the recordings of so many Stax artists come to life. He did, at least, get a part in The Blue Brothers (playing himself) but how many can put their hand up and say they have heard of Martin Quittenton?

Think of that glorious series of hits that Rod Stewart had – Maggie May, You Wear It Well, Farewell – and you are hearing Martin Quittenton. That mix of twelve-string guitar, violin and mandolin was of his creation. Stewart wanted him to join The Faces, but their back-stage antics held no joy for Quittenton, and he eventually faded from the scene and lived as a recluse on Anglesey. Of the thousands of radio plays Maggie May gets every year, I’ll wager that not one in a hundred features the original introduction – an Elizabethan style guitar piece, played by MQ and named, for some reason, Henry. Here’s the original, and then below that is my notation.It’s not identical to Quittenton’s but, as they used to say, it’s close enough for jazz. 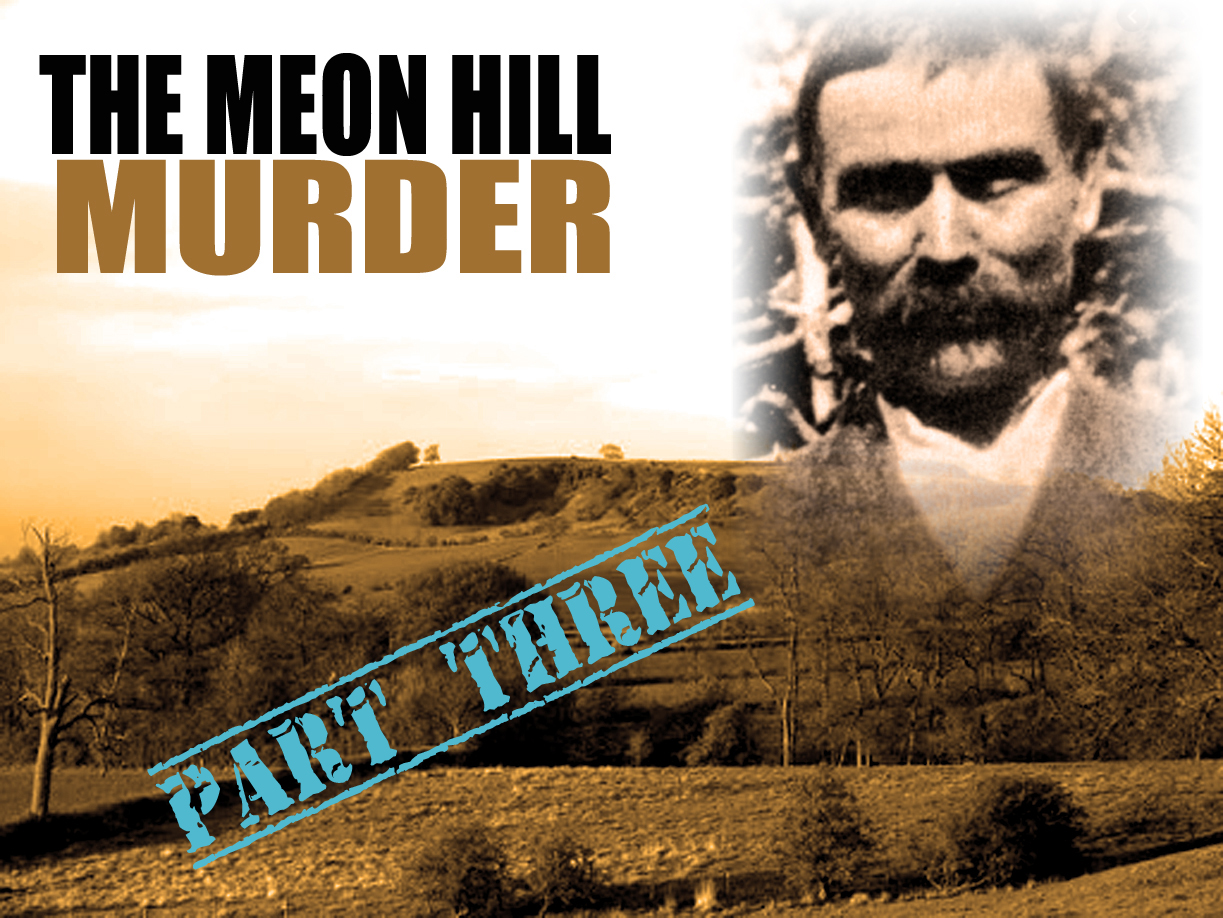 The Spring of 1945 turned into summer in Lower Quinton. The barren hedges that Charles Walton had tended bore green buds. The war in Europe finally ended, and the wives, daughters, mothers and sisters who had not lost their men in the struggle against Hitler began to dream of the day when “We’ll Meet Again” would be a joyful reality rather than a sentimental song. More mundanely, the Warwickshire police were none the wiser as to who had hacked an old man to death on that fateful St Valentine’s Day. Robert Fabian had returned to London, and Alec Spooner had other cases to solve (although the Walton murder remained an obsession with him).

Just as the identity of Jack the Ripper will never be known, we will never know who killed Charles Walton, or why. As recently as 2014, the local BBC team for Coventry and Warwickshire examined the case, and sent some unfortunate trainee out there to quiz the locals. As you will see from the feature (click here) no-one was very keen to talk, any more than they were in the weeks and months after the murder.

Alfred Potter died in 1961, and whatever secrets he had went into the grave with him. The Firs farm was later demolished and was replaced by an expensive housing development. Talking of graves, the researcher will look in vain for the last resting place of Charles Walton, in St Swithin’s churchyard. It has been said that the headstone was removed to deter ghoulish sightseers, but like so much of this story, there is no hard evidence that this is the case. Walton’s meagre cottage has now been knocked through with two other adjoining properties to make a rural residence which, no doubt, is worth an eye-watering amount (below)

My view? The only thing that stands out like the proverbial sore thumb is the total collective silence – both contemporary and future – of the villagers of Lower Quinton. 1945 was not a time of continual distraction from electronic or digital media. Lower Quinton was not a bustling place, a transport hub, or somewhere used to endless strangers coming and going. Someone – and then by definition others in their circle – knew something, and the resultant omertà is almost as chilling as the murder itself. Thirty years later, Walton’s death was still providing copy for regional journalists and, although I have no evidence that Ron Harding – who penned this piece – was in any way involved with the murder, it still sounds as certain people – or their sons and daughters – at the heart of whatever made Lower Quinton tick, were still anxious for the world to move on and leave them to their secrets.

SONGS and DREAMS . . . Dear Someone 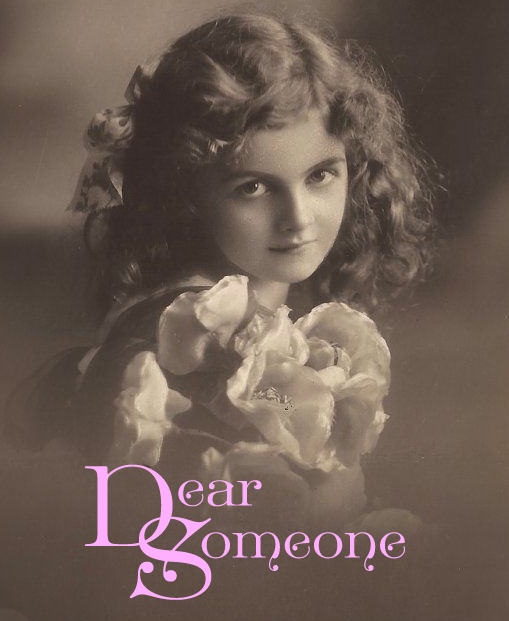 I have been tinkering with a new website for posting songs and guitar pieces for my pupils, but it is proving more trouble than it’s worth, so I might as well just shoe-horn the occasional post in here. The great Woody Guthrie once said (allegedly) that he never used more than two chords, but that he might use three sometimes if he was trying to impress a girl. I guess that was just Woody being cute, but he has a point. Sure, there are some epic songs with more chords than you can shake a stick at, but simple is often the best. Here’s a gem from Gillian Welch. OK, she slips in a little surprise with that Fm chord, but otherwise it’s just a slow and dreamy waltz tune, with some spine-tingling harmonies. Here’s the original, with my transcription below. She uses a capo on the third fret, making the song in Eb, but pitch it wherever suits your voice. 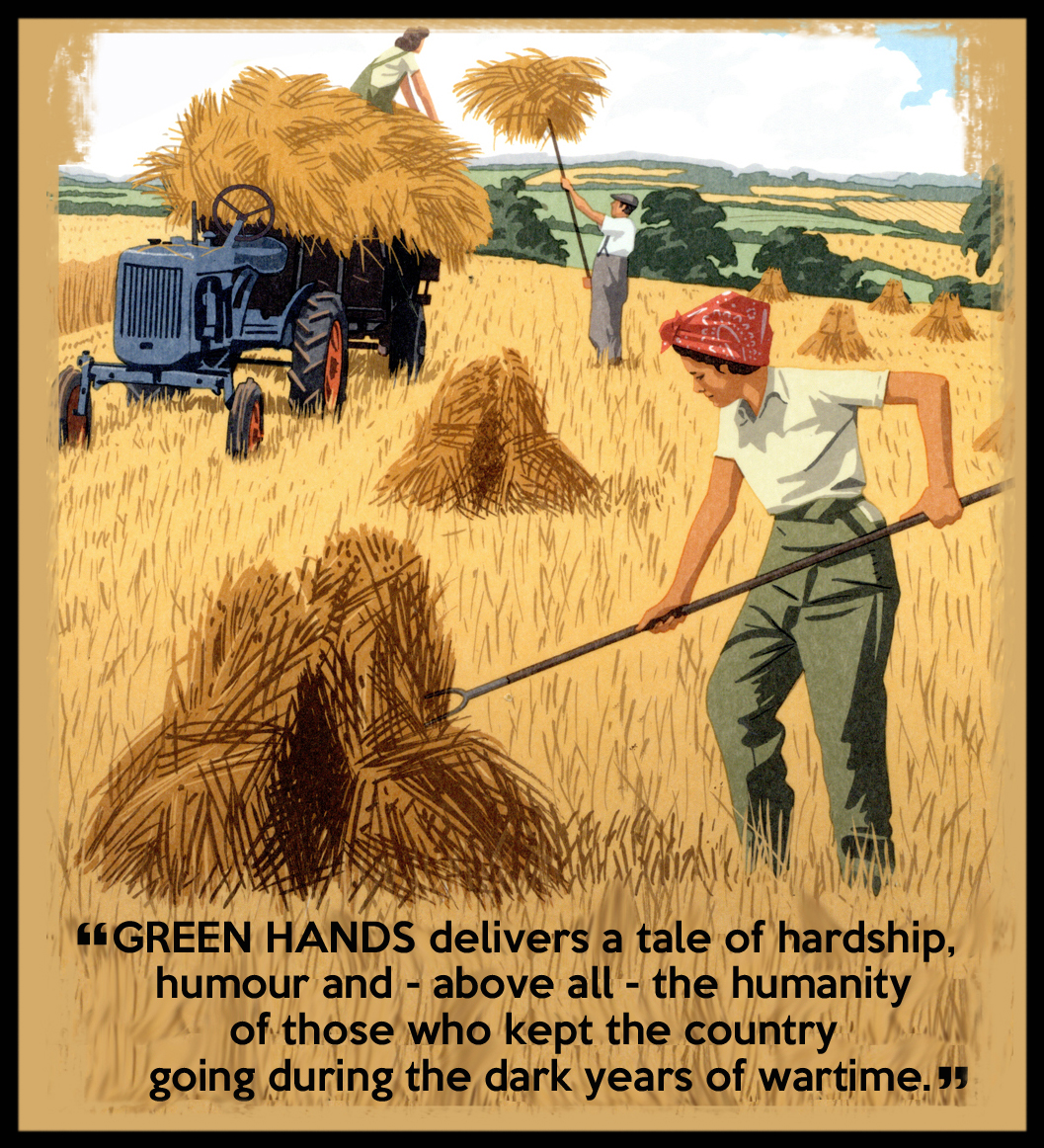 Green Hands is the tale of a young woman – Barbara Whitton – who signs up with a chum, Anne, to work with the Women’s Land Army, replacing male farm hands of fighting age who have been called up into the forces. The action sees them first on a bleak and windswept Scottish farm in the hardest of winters, where they do daily battle trying to make mangold wurzels part company with the frozen soil. The accommodation is Spartan, the rations are meagre, and the social life is non-existent. It is all too much for Anne, however, and she departs for the softer life in The Home Counties.

Anne is replaced by Pauline, who Barbara knew – and hated – at school, but Pauline’s eccentric ways and appealing naivity about the world bring a touch of humour to the narrative. Thankfully for their childblains and frozen limbs, Bee (Barbara) and Pauline are transferred to the slightly less brutal world of a farm in Northumberland.

Readers looking for wartime tragedy, sudden death or other moments of high drama will find nothing here to their taste. Instead, there is the steady rhythm of rural life across the changing seasons, and in describing this visceral connection of the the farming people to the land they live and work on, Barbara Whitton echoes such writers as Thomas Hardy, Flora Thompson and Laurie Lee. 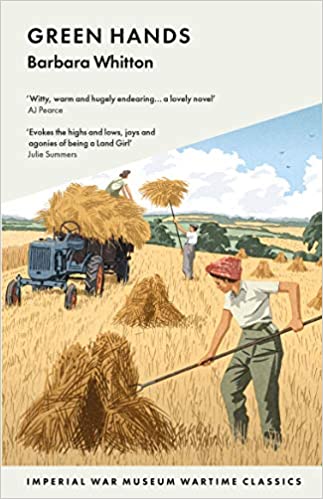 Green Hands was first published in 1943 and so, unlike most of the other reprints in this IWM series which were published after the war, there was still a war going on, and public morale to be taken into consideration. This accounts for the largely upbeat and positive tone of the story, but should not be taken as a negative criticism.had the book been filmed, it would have been in black and white, but it is to Barbara Whitton’s credit that her landscape is full of colour and nuance.

Barbara Whitton (real name Margaret Watson) was born in Newcastle-upon-Tyne in 1921. Due to study Art in Paris, her training was curtailed by the outbreak of the Second World War. Having volunteered for the Women’s Land Army (WLA) in 1939, she worked as a Land Girl for around a year before moving to the First Aid Nursing Yeomanry (FANY) and later joining the Auxiliary Territorial Service (ATS) as a driver, where she remained for the duration of the war. During her time with the ATS she met her husband Pat Chitty and they were married in 1941. After the war, she wrote a number of accounts of her wartime experience and retained an interest in art, literature and horticulture throughout her life. She died in 2016. I found this curiosity on the internet.

Most of the IWM Classics have been stories of men at arms. Plenty Under The Counter by Kathleen Hewitt (click for review) took a quizzical look at some of the less salubrious aspects of life on The Home Front, but Green Hands delivers a tale of hardship, humour and – above all – the humanity of those who kept the country going during the dark years of wartime. It is published by The Imperial War Museums and is out now.