THE DARKEST EVENING . . . Between the covers 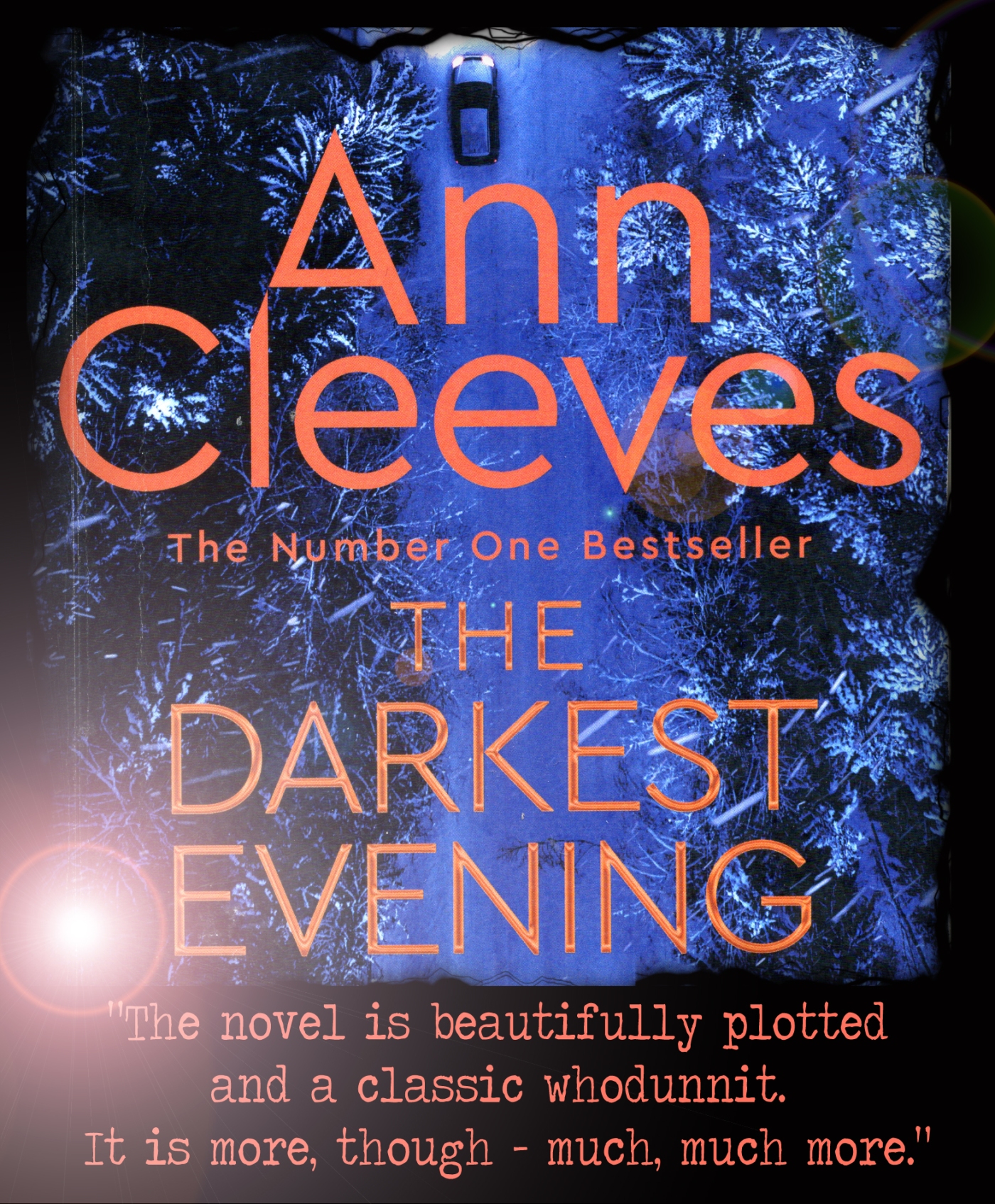 Confession time. Up until recently I may have been the only crime fiction reviewer who had never read a novel by Ann Cleeves (left), nor watched the long running TV adaptations of her Vera Stanhope novels. No particular reason why, except the purely practical one that no publicist had ever sent me an ARC, and possibly because, in my bigoted way, I thought that anything served up as Sunday evening TV must be impossibly cosy.  I was wrong. Mea Culpa. Hair shirt. Ten – no, make that twenty – Hail Marys. I have just finished The Darkest Evening and loved every word of it.

My take on Vera Stanhope first, uncoloured by the reportedly excellent TV personation by Brenda Blethyn. is that Vera is frumpish, rather alone in the world, wedded to her job as a Detective in North East England, totally without vanity and completely indifferent to the figure she cuts. Criminals underestimate her at their peril, however, as she has a sharp intelligence – both as a human being and as an investigating police officer.

The story begins in a blinding December snowstorm, as Vera takes a wrong turning on her way home, and unwittingly steps onto the stage of a murder mystery. For newbugs like myself, this gives Cleeves a chance to flesh out part of Vera’s back story. The early action in The Darkest Evening takes place near a crumbling stately home – Brockburn – to which Vera has familial connections via her father Hector who, we learn, was rather a bad lot. The current residents of Brockburn are Harriet, the widow of Crispin Stanhope, and her daughter Juliet and husband Mark. Mark has thrown a party for the local gentry in order to get them on board with his plan to turn the old house into a vibrant regional theatre. The evening takes a turn for the worse when the body of Lorna Falstone is found outside in the snow. She has been bludgeoned to death.

Lorna was the daughter of a local hard-scrabble farmer and his wife, and her short life has been framed by a near fatal eating disorder, and then a mysterious pregnancy, which has left her the lone parent of baby Thomas.

The novel is beautifully plotted and a classic whodunnit. It is more, though – much, much more. Vera Stanhope is a complex and subtle character despite her apparently ramshackle appearance and manner, and the sometimes bleak rural setting is magically described. Fans of the series will, no doubt, be shaking their heads and saying something like, “Tell us something we don’t know – what took you so long?” All I can reply is, “I know, I know – the fault is all mine.” The Darkest Evening is published by Macmillan and is available now in all formats.

A quick quiz question that any CriFi buff worth his or her salt should be able to answer. Which classic (and complex) crime fiction classic also begins in the snow, with the main character’s car in a ditch? DM me the answer on my Twitter feed – @MaliceAfore and I will send you a free novel. I’ll give you a choice of several, but UK postcode only, please.