Leona Deakin started her career as a psychologist with the West Yorkshire Police. She is now an occupational psychologist, so you can rest assured that her career has given her a valuable insight into how a fictional criminal psychologist would go about their work. Such knowledge, however, is worthless if the author can’t write. In Deakin’s hands the result is that we have a totally convincing character (Dr Augusta Bloom), an intricate plot with whiplash-inducing twists and turns, and a book that you just don’t want to end. 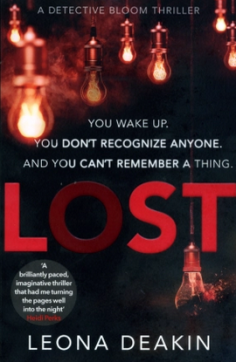 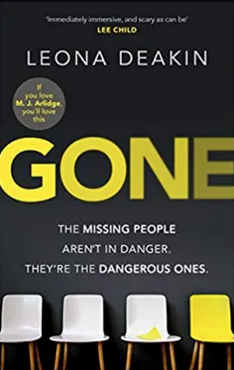 Hunt is the third episode in Augusta Bloom’s career, and you can read my reviews of the previous two stories by clicking the images. Bloom has an uneasy relationship with Marcus Jameson (a former military intelligence analyst), notionally her partner in their investigation agency. Rather than Ying and Yang, they are more chalk and cheese. The book begins with Bloom being summoned south from her Yorkshire Dales hideaway. Who demands her services? None other than the Foreign Secretary Gerald Porter. Where is he? In a London police cell, detained on suspicion of selling information to Britain’s enemies. But why does he need Dr Augusta Bloom?

The answer to that conundrum forms the central premise of the book. Porter’s niece Scarlett has been drawn into the orbit of a feminist organisation called Artemis led by a charismatic woman called Paula Kunis. Porter will only answer police questions about his activities if Bloom undertakes to track down Scarlett and extract her from the clutches of Artemis. Bloom is smart enough to realise that Porter is up to something, but cannot work out why he is so worried about his niece, when every other aspect of his behaviour suggests that he is a cold and devious man, with psychopathological elements to his character.

On-line investigations by Bloom and Jameson get them only so far, and so Bloom decides to go to a seminar run by Artemis, to see what manner of creature it is. The women running the presentation are warm, friendly and convincing, but give little away, as Bloom tries to question them as subtly as possible. Having hardly scratched the surface of the veneer, Bloom signs up for a weekend retreat at the Artemis headquarters in an isolated village in the Scottish highlands. Jameson is dubious about this as he has a sixth sense that Artemis is not the benevolent campaigner for women’s rights that its glossy literature and media presence claim it to be. Bloom reassures him. After all, this the 21st century, the age of mobile phones and instant connectivity. What can possibly go wrong over a long weekend?

Bloom and a minibus full of other attendees arrive at the location, and are met by a flock of charming and smiling women who seem overjoyed to welcome potential recruits to the cause. It is all very fragrant, but a tiny alarm begins to ring in Bloom’s head as she sees all mobile phones and watches being handed over to the Artemis greeters. This tinkling bell becomes more clamorous when Bloom realises that the new arrivals are being subjected to sleep deprivation, time disorientation and one-to-one social monitoring by the Artemis devotees.

Back in the outside world, three things have happened. Firstly, Jameson has discovered that the Scottish retreat is entirely surrounded by high fences topped with barbed wire facing inwards, all the better to keep people in rather than to keep intruders out. Secondly – and much more worrying – is the appearance on the scene of Seraphine Walker, a sinister and clever criminal fixer, rather like a 21st 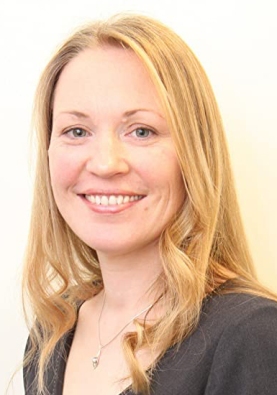 century Professor Moriarty, who has crossed swords with Bloom and Jameson before. Thirdly, Gerald Porter has inexplicably disappeared from police custody and, almost immediately, a huge social media campaign vilifying Paula Kunis and Artemis has been launched, with the result that scores of husbands and fathers of women “poached” by Artemis have headed to the Scottish retreat and are angrily congregating at its gates.

Leona Deakin (right) has written an absolute cracker of a thriller, and her portrayal of how cults go about their business preying on innocent and needy people is chilling. The conclusion of Hunt is dramatic, violent and utterly gripping.

Hunt is out now, published by Black Swan/Penguin, and you can investigate buying choices by clicking the images below. Or, visit your local bookshop if you are lucky enough to have one.