THE APPARITION PHASE . . . Between the covers 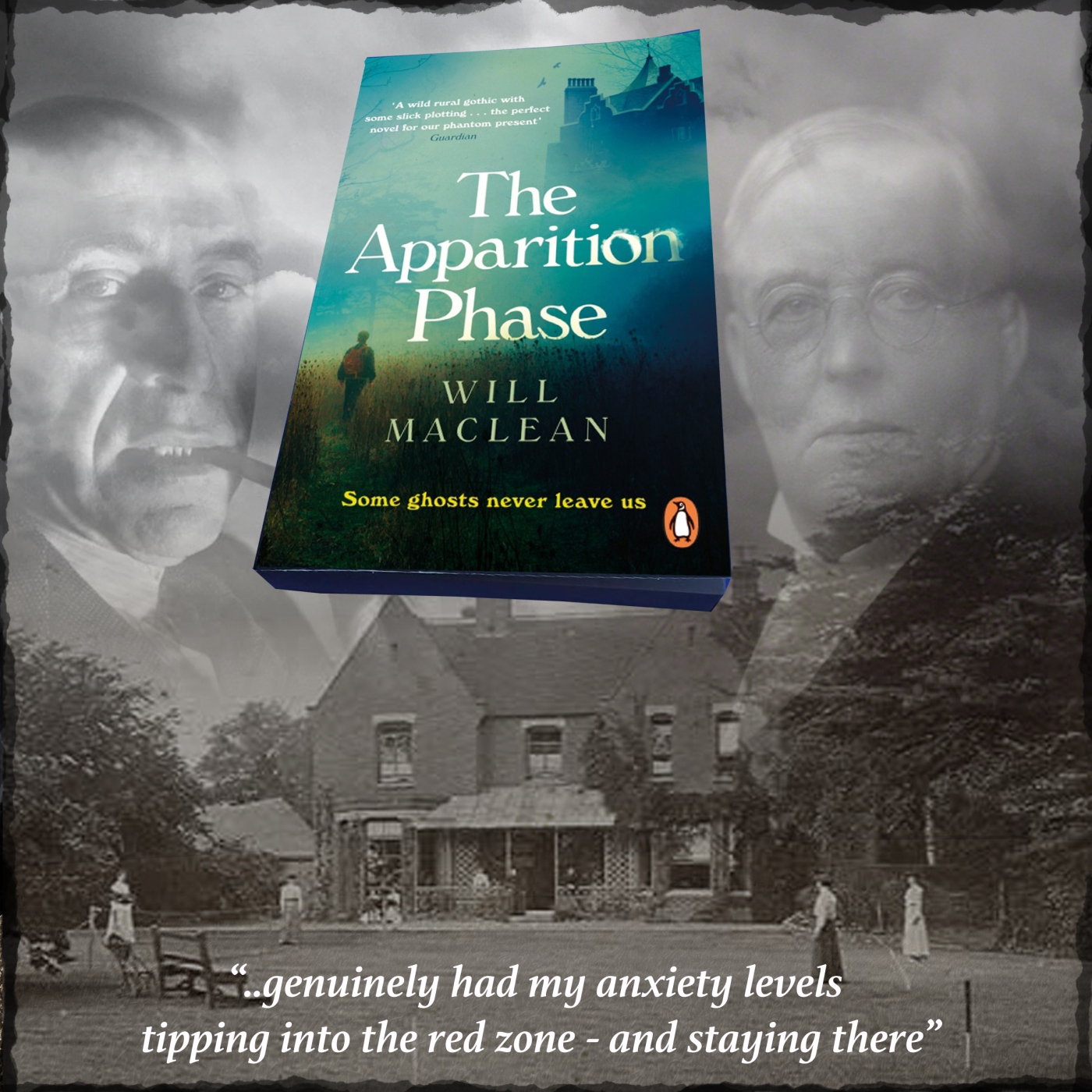 I don’t review too many non-crime novels on here, but this one really appealed to me. It begins in the 1970s in an unnamed English town. Tim and Abi are teenage twins and, like many such siblings, have an almost preternatural bond that often transcends the spoken word and visual communication. They also have what might be called an unhealthy fascination with ghosts and the paranormal. One of Tim’s hobbies is painting pictures of bygone execution methods, and their favourite book is a well worn copy of The End of Borley Rectory (1946) by Harry Price. Price was a well-known ‘ghost-hunter’ in the 1930s and 1940s and although he is widely regarded as a charlatan these days, he was a celebrated and popular author, particularly on the topic of Borley Rectory in Suffolk, once known as “the most haunted house in England”.

The twins are also keen photographers, but bear in mind that this is the 1970s, and unless you had a home darkroom, photography for most people involved taking the roll of film from the camera and handing it over to Boots to be developed and printed. Tim and Abi are connoisseurs of paranormal photography and, even though they do not have the expertise to create elaborate fakes such as the celebrated ghost that haunted The Queen’s House Greenwich (right), they have imagination to spare. They have sole use of the attic in their house, and their well-meaning but rather ‘hands-off’ parents seldom venture up the ladder into Tim and Abi’s terrain.

On a blank wall, they draw a rather convincing image of a tormented woman, and take a whole roll of photographs of it. Harmless fun? Yes, it might have been, until they decide to take one of the more convincing images to school, and show it to a classmate, backed up with an elaborate story that Abi has seen the ghost of a former occupant of their house, a young woman who, shamed by her cheating fiancé, hanged herself in that very attic. The victim of their prank is Janice Tupp, a seemingly unremarkable girl who the twins despise because of her very ordinariness. Rather like those who tormented Carrie White, they have picked the wrong victim. Janice collapses at school after being shown the photograph, and when, some days later, the twins invite her round to their house in order to explain their deception (and to avoid getting into serious trouble) Janice shocks them by making a puzzling prediction which Tim and Abi can make no sense of. A few weeks later, however, something shocking happens which will change everything – for ever.

Further references by me to specifics of the plot will be, perforce, cautious, as I have no wish to diminish readers’ enjoyment – if that is the right word. I add that caveat, because Will Maclean takes us into  very dark territory. Suffice it to say that Tim becomes involved with two researchers and a group of people more or less his own age who have rented an old Suffolk manor house with the purpose of conducting experiments into the paranormal. At this point, cynical readers are entitled to use the cliché “And what could possibly go wrong…?” but Maclean skillfully avoids the more obvious pitfalls, and steers an intriguing course between Hamlet’s famous statement to Horatio, and our knowledge of the nature of reality and deception.

I wouldn’t say that I am a blasé reader, but any reviewer of mostly crime and thriller novels encounters fictional grief and trauma on a daily basis. The Apparition Phase genuinely had my anxiety levels tipping into the red zone – and staying there. Will Maclean references the unrivaled master of ghost stories – MR James – but in a sense, he goes one better. James wrote short stories, and therefore had only to keep the menace going for twenty pages or so, but to keep us engaged and anxious for four hundred is something else altogether.

This deeply unsettling novel, published by William Heinemann, came out in paperback earlier this month and will be available in Kindle and hardback on 29th October