TO ALL THE LIVING . . . Between the covers

This is the latest in the series of excellent reprints from the Imperial War Museum. They have ‘rediscovered’ novels written about WW2, mostly by people who experienced the conflict either home or away. Previous books can be referenced by clicking this link. 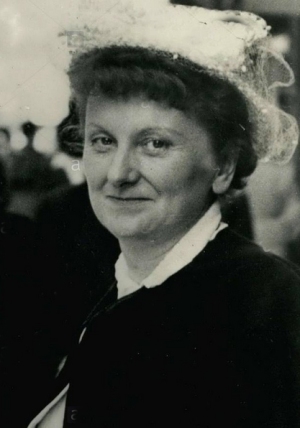 Author Monica Felton (1906 – 1970) was certainly an unusual woman and, to borrow a modern phrase, somewhat to the left of Lenin. In 1951, she visited North Korea as part of the Women’s International Democratic Federation commission and outlined her impressions in the book That’s Why I Went (1954), adhering to an anti-war position. In the same year, she was awarded a dubious and deeply ironic honour – the International Stalin Prize “for peace between peoples”

We are, then, immediately into the dangerous territory of judging creative artists because of their politics, which never ends well, whether it involves the Nazis ‘cancelling’ Mahler because he was Jewish or more recent critics shying away from Wagner because he was anti-semitic and, allegedly, admired by senior figures in the Third Reich. The longer debate is for another time and another place, but it is an inescapable fact that many great creative people, if not downright bastards, were deeply unpleasant and misguided. To name but a few, I don’t think I would have wanted to list Caravaggio, Paul Gauguin, Evelyn Waugh, Eric Gill or Patricia Highsmith among my best friends, but I would be mortified not to be able to experience the art they made. 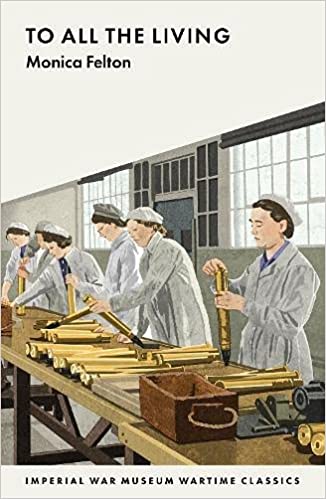 So, could Monica Felton write a good story, away from hymning the praises of KIm Il Sung and his murderous regime? To All The Living (1945) is a lengthy account of life in a British munitions factory during WW2, and is principally centred around Griselda Green, a well educated young woman who has decided to do her bit for the country. To quickly answer my own question, the answer is a simple, “Yes, she could.”

Another question could be, “Does she preach?“ That, to my mind, is the unforgivable sin of any novelist with strong political convictions. Writers such as Dickens and Hardy had an agenda, certainly, but they subtly inserted this between the lines of great story-telling. Felton is no Dickens or Hardy, but she casts a wry glance at the preposterous bureaucracy that ran through the British war effort like the veins in blue cheese. She highlights the endless paperwork, the countless minions who supervised the completion of the bumf, and the men and women – usually elevated from being section heads in the equivalent of a provincial department store – who ruled over the whole thing in a ruthlessly delineated hierarchy.

Amid the satire and exaggerated portraits of provincial ‘jobsworths’ there are darker moments, such as the descriptions of rampant misogyny, genuine poverty among the working classes, and the very real chance that the women who filled shells and crafted munitions – day in, day out – were in danger of being poisoned by the substances they handled. The determination of the factory managers to keep these problems hidden is chillingly described. These were rotten times for many people in Britain, but if Monica Felton believed that things were being done differently in North Korea or the USSR, then I am afraid she was sadly deluded.

The social observation and political polemic is shot through with several touches or romance, some tragedy, and the mystery of who Griselda Green really is. What is a poised, educated and well-spoken young woman doing among the down-to-earth working class girls filling shells and priming fuzes?

My only major criticism of this book is that it’s perhaps 100 pages too long. The many acerbic, perceptive and quotable passages – mostly Felton’s views on the more nonsensical aspects of British society – tend to fizz around like shooting stars in an otherwise dull grey sky.

Is it worth reading? Yes, of course, but you must be prepared for many pages of Ms Felton being on communist party message interspersed with passages of genuinely fine writing. To All The Living is published by the Imperial War Museum, and is out now.