THE FAMILIARS . . . A launch to remember 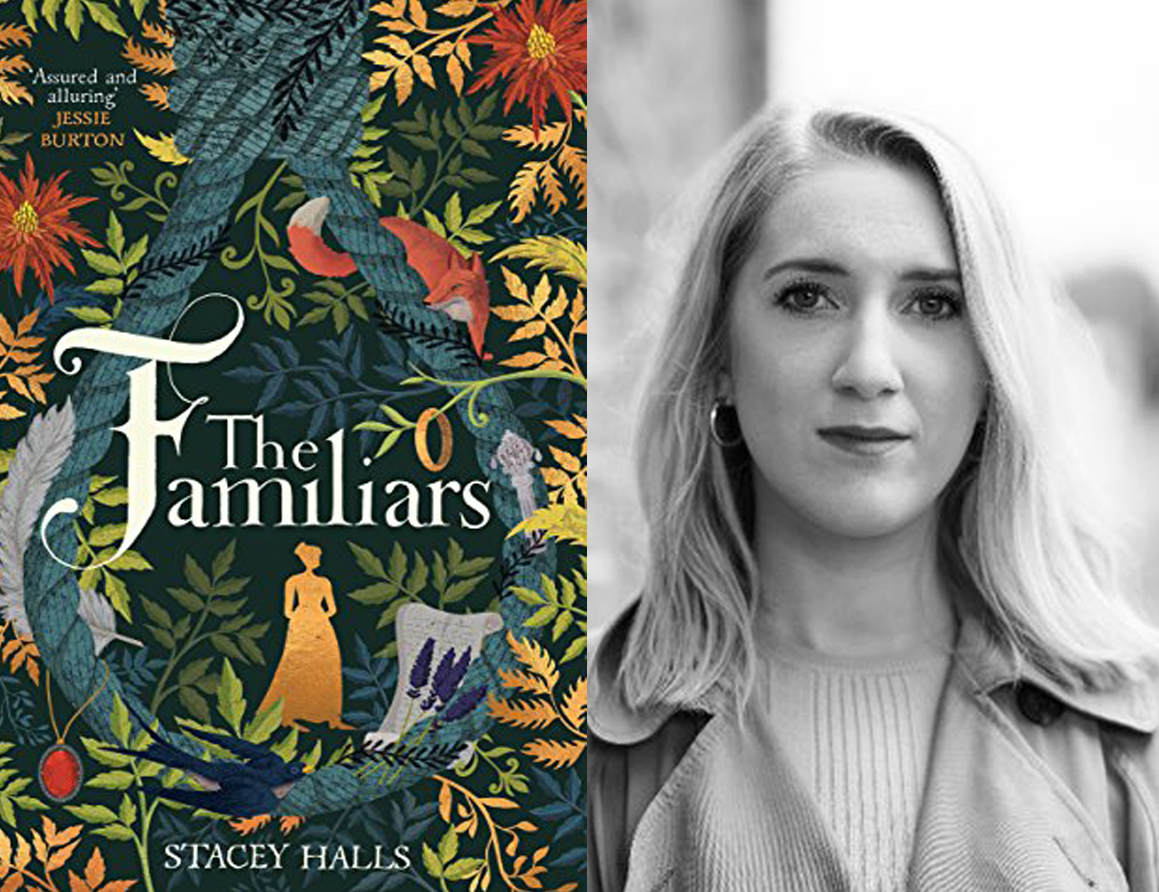 AT THE APPROPRIATELY NAMED DEAD DOLLS HOUSE in Islington, the inventive folks at publishers Bonnier Zaffre launched Stacy Halls’ novel The Familiars with not so much a flourish as a brilliant visual fanfare.

The novel was at the centre of a vigorous bidding war and, having won it, Bonnier Zaffre celebrated in style. The book is set in seventeenth century Lancashire, and the drama plays out under the lowering and forbidding bulk of Pendle Hill. If that rings a bell, then so it should. The Pendle Witch Trials were a notorious example of superstition and bigotry overwhelming justice. Ten supposed witches were found guilty and executed by hanging.

Stacey Halls takes the real life character of Fleetwood Shuttleworth, still a teenager, yet mistress of the forbidding Gawthorpe Hall. Despite being only 17, she has suffered multiple miscarriages, but is pregnant again. When a young midwife, Alice Grey, promises her a safe delivery, the two women – from such contrasting backgrounds –  are drawn into a dangerous social upheaval where a thoughtless word can lead to the scaffold.

Back to modern London. Francesca Russell, now Publicity Director at Bonnier Zaffre, has masterminded many a good book launch, and she and her colleagues were on song at The Dead Dolls House.  We were able to mix our own

witchy tinctures using a potent combination of various precious oils. I went for Frankincense with a dash of Patchouli. I managed to smear it everywhere and such was its potency that my wife was convinced that I had been somewhere less innocent than a book launch.

We were encouraged to give a nod to the novel’s title, and draw a picture of our own particular familiar, and pin it to a board for all to see. I decided to buck the trend towards foxes, cats and toads, and went for a fairly liberal interpretation of that modern icon, the spoilt and decidedly bratty Ms Peppa Pig.

The absolute highlight and masterstroke of the evening was, however, a brief dramatisation of a scene from the novel. Gemma Tubbs was austere and elegant as Fleetwood, while Amy Bullock, with her Vermeer-like simple beauty, brought Alice to life.

That’s the good news, and I have a copy of the novel. The bad news is that it isn’t out on general release until February 2019. Here’s wishing everyone a happy winter, and I hope you all survive another one. If you need an incentive to get through the long hours of cold, darkness and northern gloom, The Familiars should fit the bill. It will be published by Bonnier Zaffre and can be pre-ordered here. 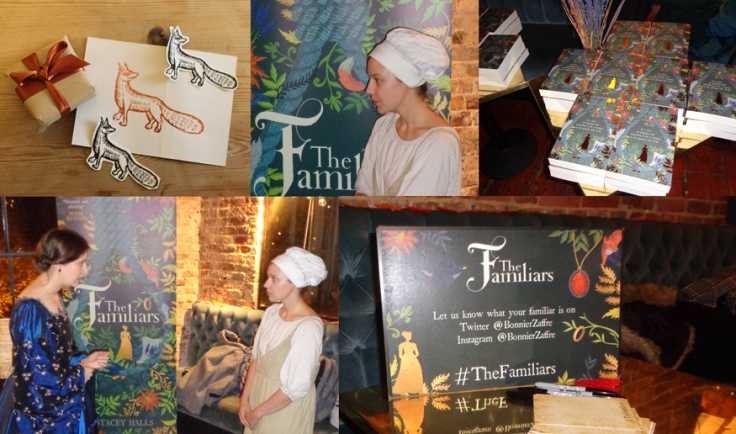