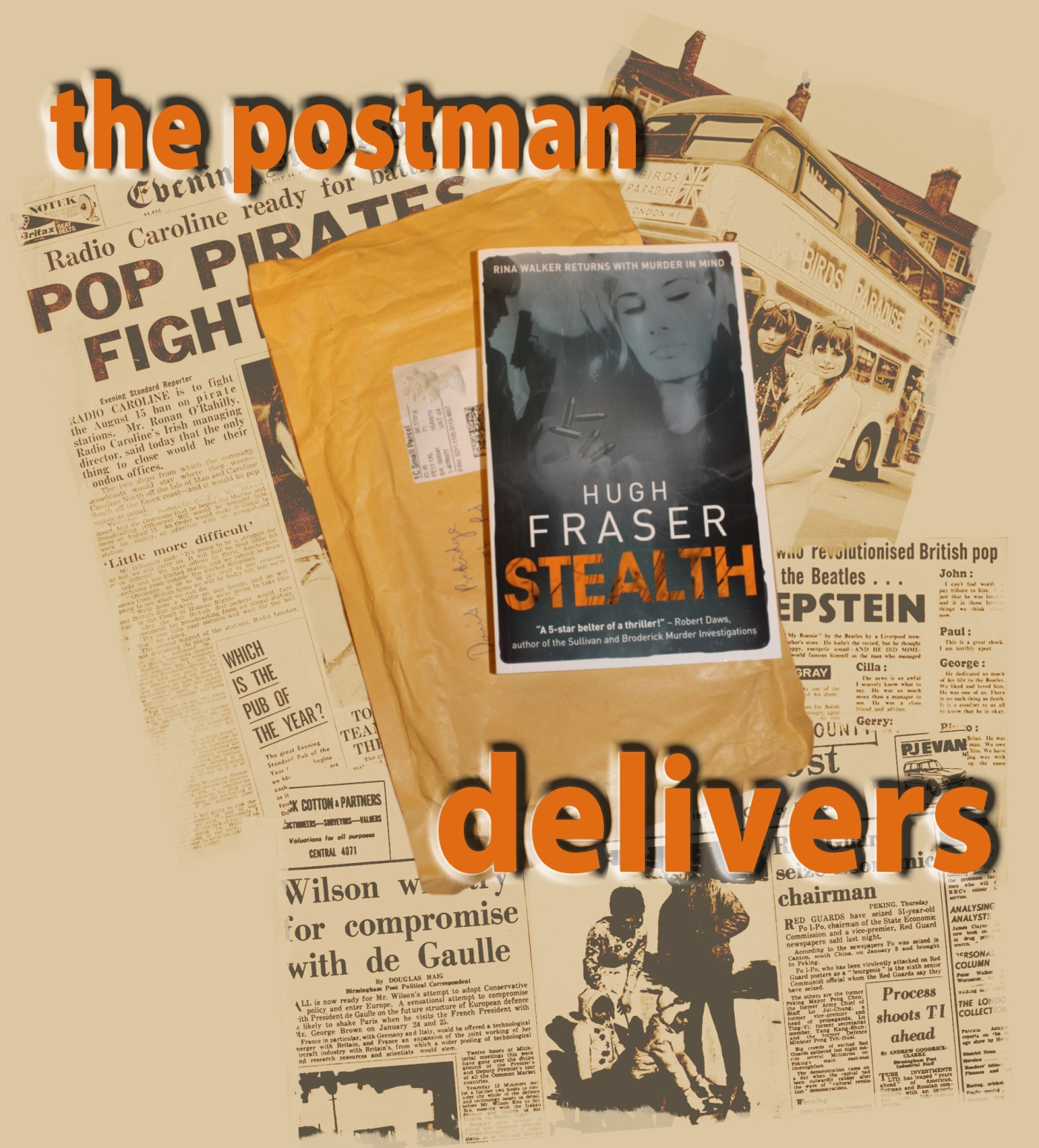 There aren’t too many female assassins out there in crime fiction, and even fewer English ones, so Hugh Fraser’s Rina Walker is a person of interest. For fans of the series – this is the fourth – Ms Walker will need no introduction, but for newbies, she had a childhood which shaped her future. Notting Hill, London, in the 1950s was not the chic neighbourhood it is today. 15 year-old Rina is a thief and a scavenger, of necessity. She avenges an attack on her younger sister, by killing the perpetrator – a local gangster. From here on it is either downhill – or uphill, depending on your view – all the way.

Stealth sees the fearsome lady back on the revenge trail. This time it is 1967 and the victim is a London ‘working girl’; Rina’s actions, however bring her face to face not only with the usual gangland suspects, but the faceless power brokers of British Military Intelligence, and Cold War spooks.

Stealth will be available from 8th October in paperback, and is brought to us by Urbane Publications. Watch for alerts on Twitter and Facebook pointing you in the direction of the full review. Meanwhile, you can follow the author on Twitter at @realhughfraser and he is, incidentally, a great fan of the East Anglian county of Suffolk.