WHAT FALLS BETWEEN THE CRACKS … Between the covers

A maintenance man is called to a nondescript block of London flats. Water is dripping through a ceiling. Up he goes to the flat above. Problem solved. It’s a broken down fridge-freezer. He opens the door of the offending item of kitchen furniture. No problem? Big problem. Among the usual items – past-sell-by yoghurts, limp lettuce, yellowing chunks of Cheddar and a couple of shriveled courgettes – is something that really, seriously, does not belong. I mean, who would put a severed hand (minus a finger) in a domestic freezer? 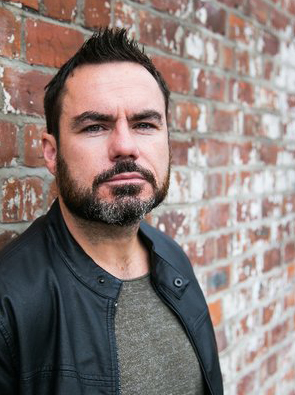 With that grim discovery acting as a starting pistol, debut author Robert Scragg (left) starts a middle-distance race to discover who murdered Natasha Barclay. For she is the person, identified by simply reading the opened mail strewn around the tomb-like flat, and checking rental records, whose hand lies in the freezer drawer.

Detective Inspector Jake Porter and Sergeant Nick Styles face enough questions to serve a whole series of University Challenge. Why did Natasha Barclay simply disappear from the radar in 1983? Is she dead? If so, where is the rest of her body? Why have those in her extended family – a stepmother and her second husband – remained silent about her disappearance. Why did her blood father shoot himself all those years ago?

Porter and Styles certainly have the required chemistry to succeed as fictional cop duos. Porter is the senior: he tries not to be trapped in a mindset dominated by the senseless death of his wife Holly, mown down by a hit-and-run driver. Porter seems to be the thinker, while Styles is the doer.

Porter and Styles scrape away like archaeologists. First one layer of deception is removed, then another, until they uncover substantial foundations hidden beneath decades of criminality, terrible violence and – most shocking of all – police corruption on a devastating and appalling scale. A thrilling shoot-out as a team of officers raid the HQ of the villains involved seems to bring the novel to an end, but Scragg has a couple more twists yet to apply to what is already a very complex and riveting story. 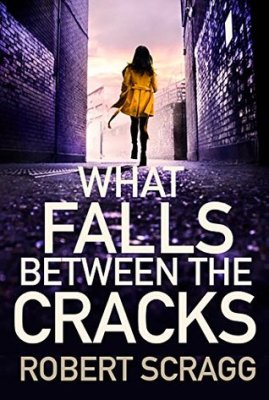 If ever there were an single implausible plot device, it might be the premise that a suburban London flat, complete with a severed hand sitting quietly in a freezer compartment, could remain untouched, unvisited and unnoticed for over thirty years. It is, however, a tribute to Robert Scragg’s skill as a storyteller that this oddity was so easily forgotten. The dialogue, the twists and turns of the plot, and the absolute credibility of the characters swept me along on the ride. Porter and Styles have made an impressive debut, and the author may well have elbowed them into that crowded room full of other fictional police partners. They are all out there; Bryant & May, Zigic & Ferrera, Rizzoli & Isles, Wolfe & Goodwin, Morse & Lewis, Jordan & Hill, Kiszka and Kershaw – watch out, you have company!

What Falls Between The Cracks is published by Allison & Busby and is available on 20th September.