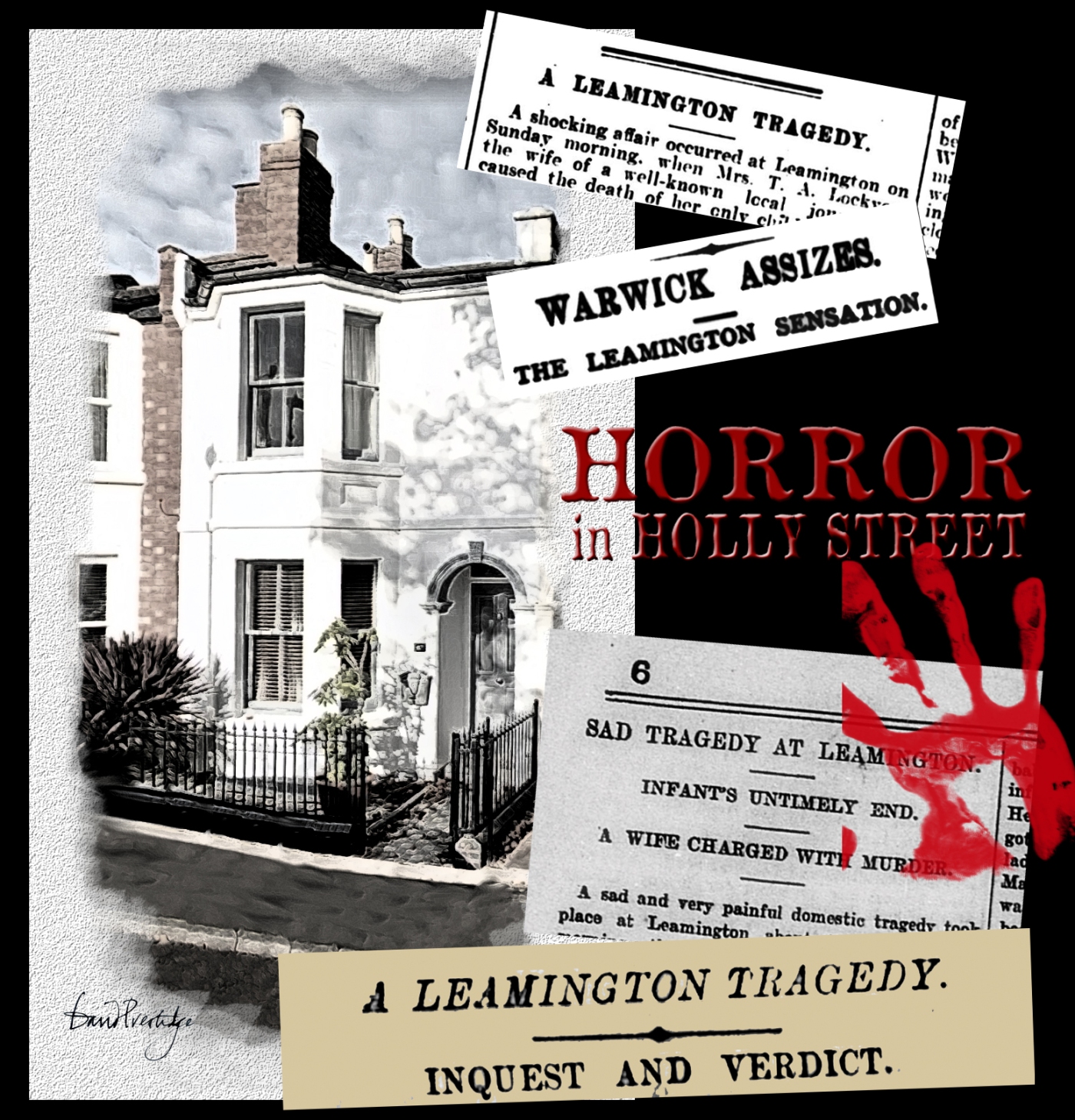 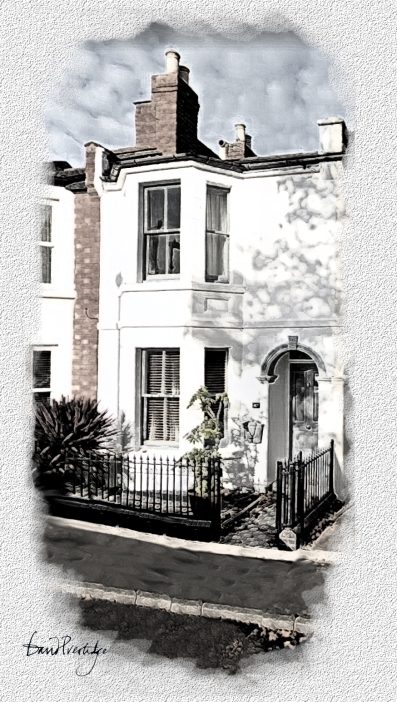 SO FAR – Thomas and Bessie Lockyer, a young couple originally from Bridport in Dorset, have settled in Leamington Spa, where Thomas is working as a reporter for The Leamington Chronicle. They live in a rented house in Holly Street, and have a six-months old son, Arnold Edward. It is Sunday morning, 1st September 1901. Thomas has gone to sing at the morning service at Spencer Street chapel. Bessie, in a state of extreme distress, has gone to her her next door neighbour, Mrs Wiggins, to tell her that she has harmed her baby. Mrs Wiggins can’t believe that Bessie has hurt Edward, but she goes with Bessie back to No. 17.

On the floor, in the back room of 17 Holly Street, was a large enamel basin. In the basin was the dead body of little Arnold Edward Lockyer. His head had been all but severed from his body. The horrified Mrs Wiggins immediately sent for the police, and found someone to go and summon Thomas Lockyer from his chapel service. Let The Leamington Spa Courier take up the story in its edition of Friday 6th September 1901, when it reported on the appearance of Bessie Lockyer at Leamington Magistrates’Court.

“About a quarter twelve he (Thomas Lockyer) was informed in chapel that was required at home. He went home fast as could. When got there he found his wife in the care of two ladies. They were Miss Wiggins and Mrs. Makins, as far as he could remember. His wife was in state of partial collapse, and having been informed of what had occurred did what he could to comfort his wife. She did not seem to realise what had happened. After some reflection, she seemed to have a dim recollection of what had taken plaoe. Dr. West arrived about the same time and jointly they put questions to the accused. She said she had injured the baby, and added she had cut it. She also drew attention to blood-stains on her right wrist.

Thomas Lockyer was so much upset that he hardly knew what he was asking her. The body of the child was afterwards removed by the police. Dr. West informed him that the baby’s head had been all but severed from the body, only a small quantity of flesh being untouched. P.C. Cope and P.C. Hobley were in the house when he came home. P.C. Hollands came up with him, having met him in Holly Walk. His wife was taken to the Police Station and charged.”

These two extracts, again from The Courier, make for painful reading, 120 years since they were first written. First, the evidence from the policeman who was called to the house. 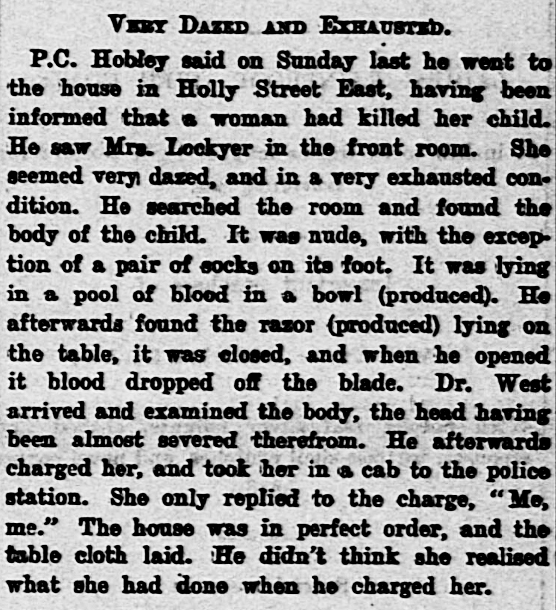 Then Dr. West addressed the court. 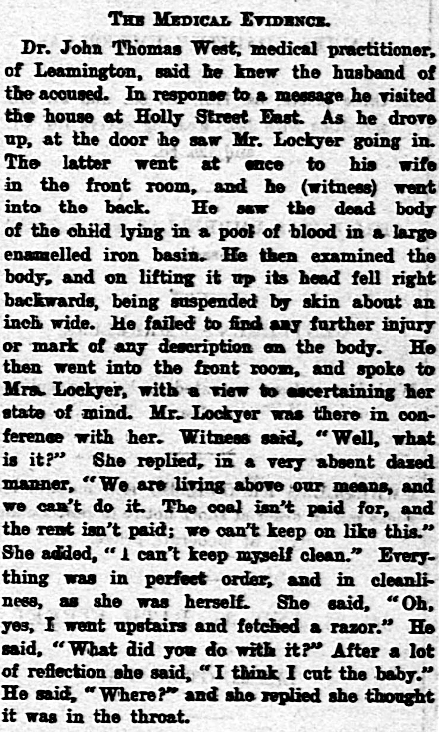 When in police custody, Bessie Lockyer had made an extraordinary statement, which had been transcribed verbatim. It was read to the court. 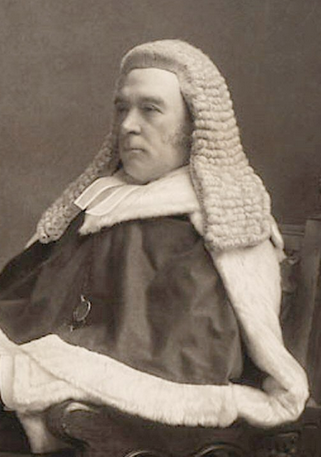 “Yes. I did it Why did I do it? I believe I was cutting the beans. I undressed him. I cut him there (pointing to her throat). I could not get on with my work. As regards my little baby, I cannot tell. I can look back; I cut him, Tom. What made do it Tom ? It was in a bowl. Yes, it was, Tom. It seemed as though I had pressure like a cap all round here (pointing to her head). Sometimes mother fidgetted me. Some times I cannot keep him clean, and you know we cannot pay. When the baby was born they wanted me to go to chapel. Now when I was going to Chapel at Bridport. I had such a pressure round my head. When I went to chapel father always took me. Why did he take me, Tom? Why didn’t he let me go alone?”

The magistrates had no other option but to indict Bessie Lockyer for murder, and sent her back to prison to await trial at the next Warwick Assizes. When that came round in December, the presiding judge was Mr Justice Bigham (right). Despite his forbidding appearance, he was not a monster and, recognising that at the time of the murder, Bessie Lockyer was insane, he judged that she was unfit to plead and ordered her to be confined “during His Majesty’s pleasure.” Bessie was sent to Broadmoor.