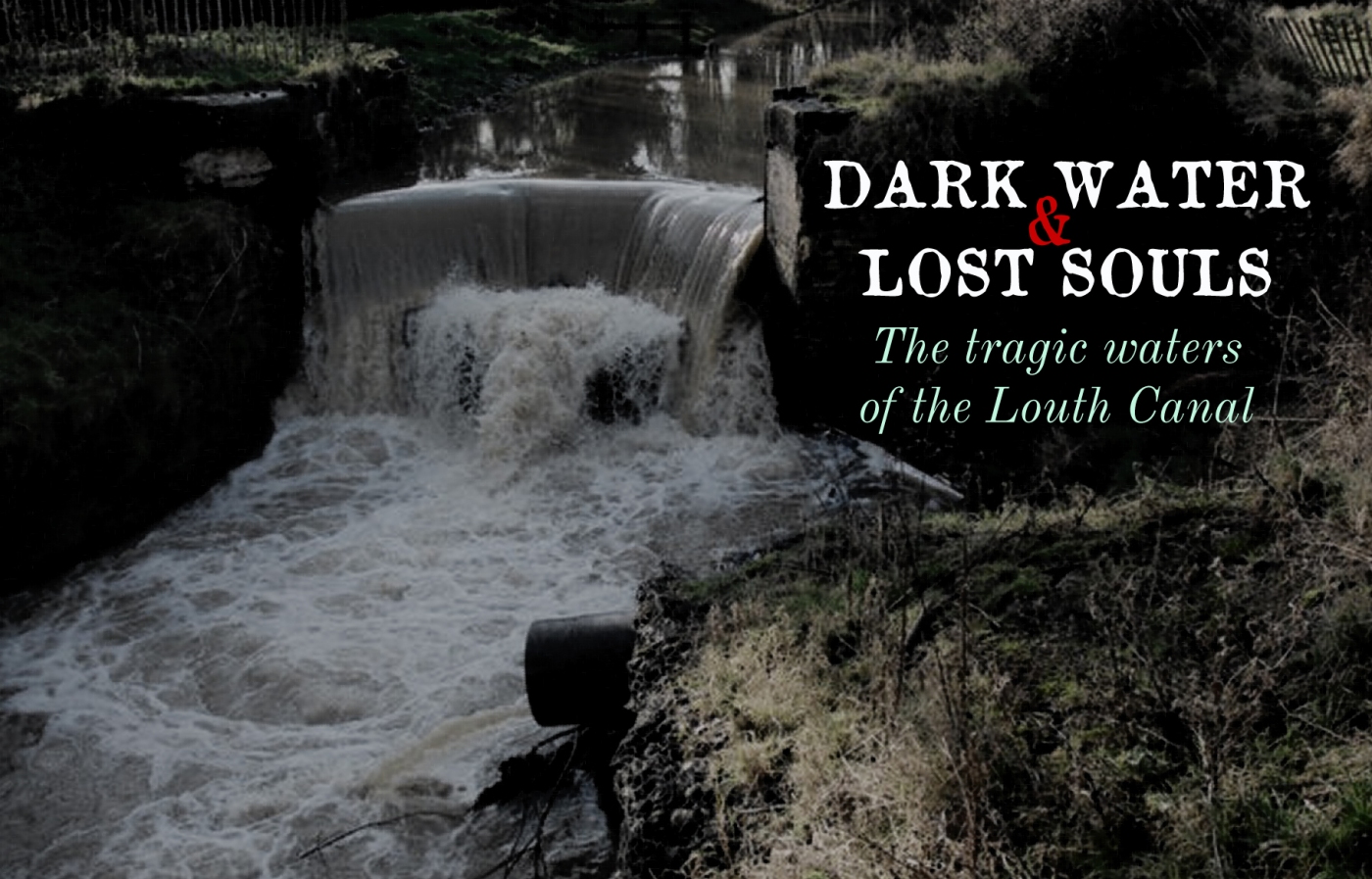 My maternal grandmother  was born near Beverley in 1882, spent her teenage years in Tathwell with her family and then, after her marriage, moved to Louth where she remained almost to the end of her life. For reasons I could never quite fathom, she had a morbid fascination with death, and I can recall listening in as a small child to conversations she had on the subject with my mother. Grannie Preston (left, in younger days) was convinced that once, when she was very ill, she had a near-death experience, complete with trumpets and a blinding light. One conversation always stuck in my mind, and it was on the best way to commit suicide. Drowning, she thought, would be “such a peaceful way to go.” I suppose there is a poetic aspect to this, as the far off ancestors of mankind are meant to have emerged from the water (or, as the cliché would have it, the primeval slime) so a watery death has a certain circularity about it, and it is true that many suicides have taken place in a warm bath. The bath, however is usually only the setting, the unfortunate person usually having used other methods to actually bring about their end.

Sadly for Grannie Preston’s theory about the peaceful experience of drowning, the pathology of drowning is that death is brought about by suffocation which, as deaths go, must be one of the most violently unpleasant experiences. Clearly, though, the many people who chose to end their lives by jumping into the Louth Canal must have shared the old lady’s views.

I spent much of my childhood in Louth, but by that time, the canal was virtually derelict. Yes, water flowed – remember it was basically a man-made appropriation of the River Lud – but, at least in the summer months, it seemed placid and shallow. There was a bit of folklore that said the quaintly-named Ticklepenny’s Lock was “bottomless.” When we finally cycled out to investigate, we were rather disappointed to find that the dark depths of the legend would hardly have come up to our shins, despite the towering brickwork suggesting something more sinister.

The truth, of course, is that the canal we saw in the 1960s was nothing like the waterway that was built in 1770. Its usage as a navigation had begun to decline by the time of The Great War, and the catastrophic Louth Flood in 1920 destroyed much of the infrastructure at the town end of the canal. After that, water levels steadily fell due to the lack of boat traffic and the decay of the eight locks which controlled how much water lay between them. The waters of the Louth Canal were, then, much darker and deeper than they are today.

Obviously, none of the poor souls who chose to end their lives in the Louth Canal are around to answer the question “why choose drowning?” Many of the deaths which I will relate in this feature are suicides, but there are two or three notable dramatic accidents, and one such was in late January 1909. It made the front page in a celebrated – and sensationalist – tabloid paper called The Illustrated Police News. During that month freezing conditions across much of the country had tempted people out onto the ice, and this wasn’t the only drowning incident. The Boston Guardian later reported:

A DISREGARDED WARNING. A distressing ice fatality occurred on the Louth and Tetney Navigation Canal on Saturday night, when four skaters, including three members of a well-known Louth family were immersed, and Miss Ida Brewer, aged about 25 years, was drowned.
It is only in very severe weather that the Louth canal is sufficiently frozen over to permit of skating. During the week, however, an intense frost had been experienced with the result that the canal was coated over with ice of sufficient thickness, and on Thursday of last week skating became general on the waterway, and particularly on the stretch near Keddington and Ticklepenny’s Lock.
On Friday there was a great change in the climatic conditions, a thaw setting in, while rain fell at night. These adverse conditions affected skating and rendered the ice unsafe.In spite of the weakening of the ice. however, a large number of skaters were the canal which, at some places presented an animated picture. Reports regarding the the ice on Saturday afternoon were of unsatisfactory character, and in the evening, the number of skaters at this particular spot greatly dwindled.
It is not improbable that the height of the the water by this time had greatly varied, for one the skaters stated that the ice was bending and cracking beneath the weight of those on its surface in an alarming manner, and water was penetrating it at points.
The accident occurred about ten minutes past eight. Miss Ida Brewer, who was the eldest daughter of Mr William Brewer, of Victoria Road, Louth, and who was a teacher in a school, was skating, in the well-known hand-in-hand fashion with her brother, Mr Sidney Brewer, a clerk in Louth Post Office; a younger brother named Oswald was following close up behind by himself.

A FUTILE WARNING. Another male skater had preceded the party up the canal, and he, feeling that the ice not in a safe condition, turned round, intending to go to the bank to take off his skates. As he passed the two elder Brewers he warned them that the ice was “not safe over there,” adding ” You two had better part,”
Possibly they did not hear his cry of warning as they continued their course, and immediately afterwards their would-be friend heard the ice give way. Looking round saw the three persons in the water. An alarm was raised, and another skater, Ernest Shearsmith. bricklayers apprentice, residing in Mount Pleasant, Louth, who was a considerable distance away down the canal, immediately dashed up. and. despite warning shouts to ‘keep back,” was going to render assistance to the unfortunate Brewers, when he found the ice giving way beneath himself, and he, too, was immersed.
Being a swimmer he fortunately did not lose his presence of mind and after a few unsuccessful attempts to get out of his perilous position with the ice breaking away in his hands, managed to clamber to safety. As he made for the embankment the ice again gave way beneath him, but luckily he was near enough get hold of the grass on the bank and save himself from being again precipitated into the water.

MISS BREWER’S DISAPPEARANCE. Meanwhile the other three had attracted the attention of all the others on the ice, and by means of ladders and the plucky action of one man, who lay down on the ice and drew one of the youths out, both Sidney and Oswald Brewer were rescued. However, of Ida Brewer there does not appear to have been any trace after her first disappearance until her body was recovered from beneath the ice an hour afterwards. Artificial respiration was resorted to Mr. W.J.Best but without the desired effect.
Later the body was conveyed home. Attached to the fatality is a tragic interest in the circumstance that only a short time before the accident Miss Brewer is stated to have remarked one of the other skaters that she had made her will “in case she got drowned”.