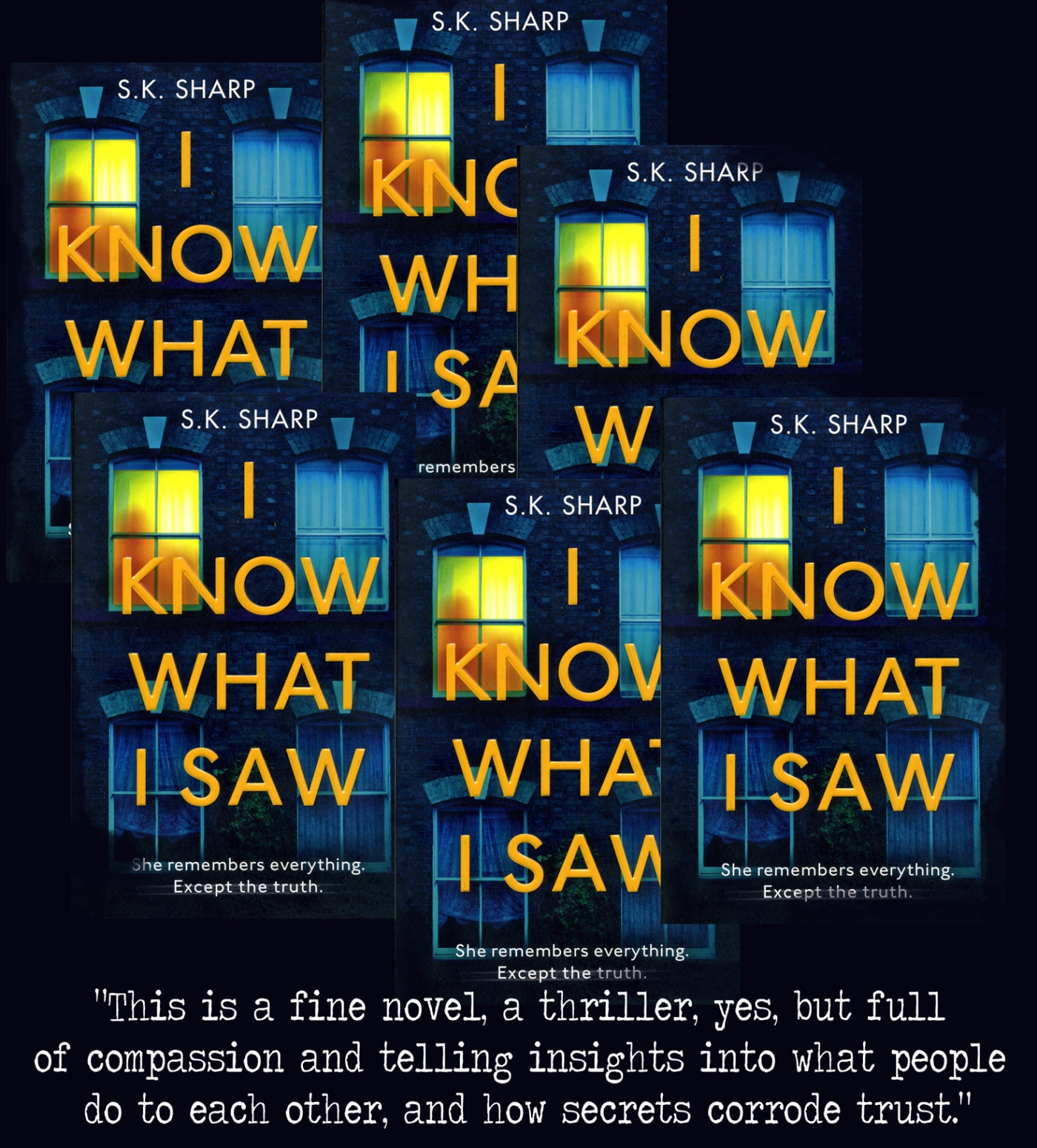 Imagine having a perfect memory. Being able to replay words, sounds, situations – from years ago. It’s all there, in your head, ready to be recalled. Great for exams when you were younger, but what about when something unpleasant happened to you, and it won’t ever go away? Nicola Walker has Hyperthymesia. She has been the subject of scientific studies and examinations, but her condition is what it is. Now, it’s 2020 and, at the age of 51, she has a humdrum job in London’s British Library. Sher marriage ended half a lifetime ago, and now she lives from day to day with only her cat for company. Until she receives an alarming telephone call.

The call is from a Metropolitan Police detective. Her former husband, Declan, has been arrested on suspicion of murdering his father, years earlier. And his only witness? Nicola and her perfect memory.

We are basically in two time zones. The present day, 2020, and a summer Sunday in June 1985, which is Arty Robbins’s 50th birthday. The event is being celebrated at a pub called The Mary Shelley, and the landlord is Arty’s father, Vincent. Nicola, aged 16, and Declan Robbins, aged 18, son of Arty, are ‘an item’. A list of the other characters is not something I normally compile, but it might be useful in this case.

Arthur Robbins is a pillar of the community. Successful estate agent, all-round diamond geezer and school governor. But then, he just disappears. He was last seen in the small hours on the night of his birthday party. Lost for 35 years – until his remains turn up in the foundations of a building being demolished to make way for a new development.

We have, in one sense, a traditional whodunnit, but it is unconventional insofar as  the usual police work, while still taking place, is secondary to the agonising replays going on inside Nicky’s head. What did she see? Who did she see? Where were they? How do these memories stack up against the ticking clock on that warm summer night 35 years ago? Has she mis-remembered? What if she is shutting out some memories in order to protect someone she loves? There’s no shortage of suspects, as the real Arty Robbins is far from the jovial character he pretends to be.

The killer of Arty Robbins is eventually unmasked, and SK Sharp leads us down many a blind alley as the narrative unfolds, and Nicola finally completes the jigsaw of her memories. It’s clever stuff, and gripping – I read it in two enjoyable sessions – but for me, the strength of the novel is the relationship between Declan and Nicola, both then and now. I don’t remember a more sensitive and perceptive account of teenagers falling in love with each other, but the most moving and effective counterpoint to this is how it all plays out, decades later, with so much water under the bridge, so much hurt, so many mistakes and so much misunderstanding.

This is a fine novel, a thriller, yes, but full of compassion and telling insights into what people do to each other, and how secrets corrode trust. I Know What I Saw was first published in October 2020 by Cornerstone Digital. This paperback edition is from Arrow, and is out now.

THE MURDER OF MINNIE MORRIS . . . The Walsoken Outrage (Part two)

THE STORY SO FAR . . .  July 1912. Wisbech, Cambridgeshire.Two Londoners in their 20s – Minnie Morris and Robert Galloway – have come to the Fenland town for the fruit-picking season, and are working for a local farmer. J.S. Batterham. They are in a relationship, of sorts, because Minnie is very attractive and enjoys male company. Sadly, Robert Galloway is prone to jealousy, and every word Minnie exchanges with other young men is a dagger in his heart.

On 16th July both had been drinking. Licensing restrictions were only to be introduced a few years later, as part of the effort to boost munitions production in WW1, and both The Black Bear and The Bell Inn in Walsoken were “open all hours”.

The pair went for a walk after a lengthy session in the pub. They followed Lynn Road. and then turned right into Burrett Road. At some point, Galloway’s jealousy and – perhaps – Minnie’s indifference triggered a violent response. Galloway throttled Minnie, using a handkerchief she had been given by another admirer to make a fatal tourniquet around Minnie’s neck. It seems that Galloway then headed back to seek solace in alcohol.

Witness reports in subsequent court hearings tell their own tale:

Bertie Ash, labourer, Walsoken, said that on Tuesday afternoon, 16th July, he was cycling along Burrett Road,. towards the Black Bear, and his attention was attracted by a woman lying flat on her back on the grass with a man kneeling over her. They were on the left-hand side of the road. He did not know what the man was doing. The man’s left hand appeared to be on the woman’s mouth or breast, and a cap was over the woman’s face. He did not stop, but proceeded to Mr. J. S. Batterham’s farm, where he stayed 10 minutes.

William Frusher, labourer, Old Walsoken, said that on Tuesday, 16th July, he was walking along Burrett Road in the direction of his home, which was away from the Black Bear. It was 5.10 p.m., and he saw woman lying on the left-hand side of the road. She was on her back, and was not moving. He stood for a moment and looked at the woman. He could not see her face as a man’s cap was over it. He felt her hands, and they were cold. He removed the cap and saw there was a lot of brown froth around her mouth. She was not breathing. He did not move the body, and left it just as it was.

He went away and returned with a sack to cover the woman. That was about ten minutes after he first saw her. He returned with a man named Lankfer and remained by the body until the police arrived. He did not notice a letter until P.C. Taylor came. It was in the waistband of her skirt. The woman’s head was bare and her hair was light coloured.

Galloway was either drunk or obsessed. Having walked into Wisbech he spoke to the first policeman he found:

PC. Jacobs, of Wisbech, said that at 6.45p.m. on Tuesday, 16th July, he was on duty on Wisbech Market Place, and the prisoner came up to him and said: “Have you heard of a murder on the Lynn road, Walsoken? I have strangled a woman. I thought you were looking for me. 1 am ready to suffer for what I have done.”

Galloway was arrested and secured in police cells, and at no time did he deny what he had done. In fact, Police Sergeant Arthur Webb, of Walsoken, stated that when he received the prisoner into custody, Galloway said: “Is she dead? I hope so. You can take that down.”

A Burial
A Trial
An execution