THE PHOTOGRAPHER OF THE LOST . . . Between the covers 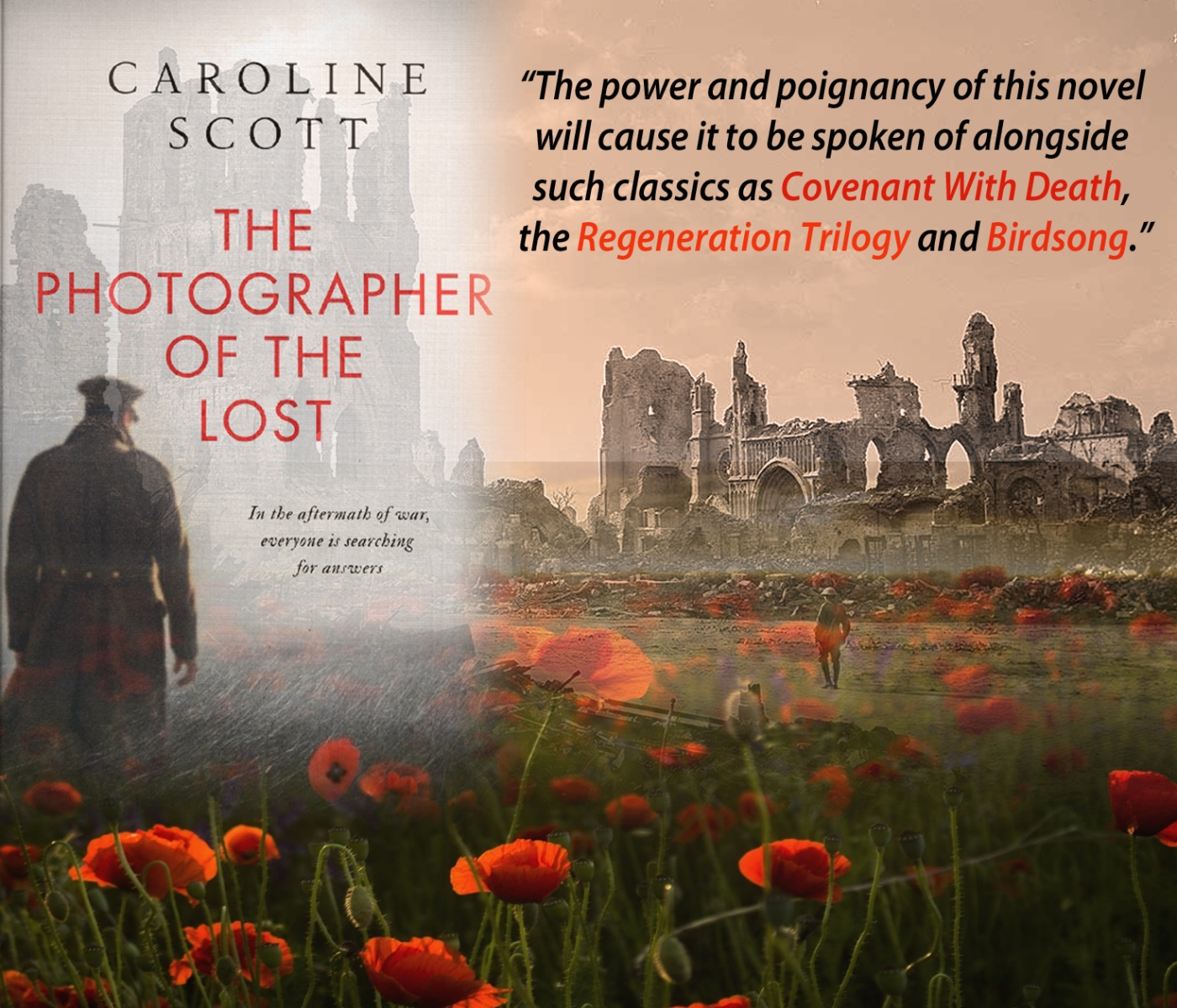 Occasionally I review a novel which lies outside the crime fiction genre, but within my own field of interest. Such a book is The Photographer of The Lost by Caroline Scott. It is centred on the events of 1914-18 but, more particularly, their aftermath. Picture a Britain where over 800,000 fathers, brothers, husbands and sons have been killed. The vast majority of those – if they have a known grave – are buried far from home. Sometimes the only things relatives have left are the initial fatal letter from the authorities, a mass-produced scroll of honour ‘signed’ by the King on behalf of a grateful nation and probably a Death Penny – a large copper disc bearing a picture of Britannia and inscribed with the name of the deceased.

It is 1921. In Britain, dignified war memorials, paid for by public subscription, are beginning to be dedicated. In France and Belgium most cities and towns within artillery range of the Old Front Line stand in ruins, while villages are usually reduced to random piles of shattered bricks. The dead are everywhere. In places where the living have yet to re-establish themselves there are crosses. Thousands upon thousands of simple wooden crosses, distinguished one from the other with a basic aluminium strip, letters stamped on it and pinned to the wood. A former officer, now a worker for what would become the Commonwealth War Graves Commission explains his mission:

“There are going to be cemeteries with white grave markers – gardens of sleep – real English gardens. There will be wallflowers and forget-me-nots and pansies and bible words cut in stone. They’ll be places that their families can visit and hopefully find some comfort. I was meant to bring their boys home; this is the best alternative that I’m able to offer.”

arry Blythe makes his living meeting a macabre but necessary demand. He travels the shattered countryside, on commission from relatives, taking photographs of the crosses, or the places of which dead men spoke in their letters home. There were three Blythe brothers, Will, Harry and Francis. Only Harry has survived the conflict. As in other silent houses across the country, mothers did what mothers always do – adjust and try to get on with things:

“In the weeks after Will’s death, Margaret Blythe had cleaned out his room, boxing up her son’s books, birds’ eggs and football boots ….. everything of Will had moved up into the attic.”

The story hinges on Harry and Francis’s widow Edie. Edie has received an envelope in which is photograph of Francis. No words. No explanation. No sender. The postmark is smudged beyond interpretation. She and Harry have, in the years since Francis was reported missing in action, exhausted themselves interrogating an overwhelmed bureaucracy in a vain attempt to locate a grave.

“Most of the burials here have no names, he sees. These men have all been swallowed up by the earth, their identities gone, along with their futures. Thy have lost their bones, their blood, and the name that bound it all together and made them into that particular man.”

Harry and Edie travel to The Old Front Line independently, but their paths converge. There is a painful frisson running through the narrative because Harry is – and probably always was – deeply in love with Edie, and in one of their last conversations, fuelled by whisky and within the sound of the guns, Francis bitterly confronts his brother with the prospect of Edie being a fraternal legacy after his own death.

y 1921, pilgrimages to The Old Front Line have become big business. Visitors are everywhere, armed with commercially printed guide books; some search for graves, others visit their old haunts. Caroline Scott lets us shadow Harry and Edie on their heartbreaking journey from the Houthulst Forest and Ypres in the north, via Arras and down further south to the point where the French manned the front line trenches of a line that ran from the Belgian coast to Switzerland. 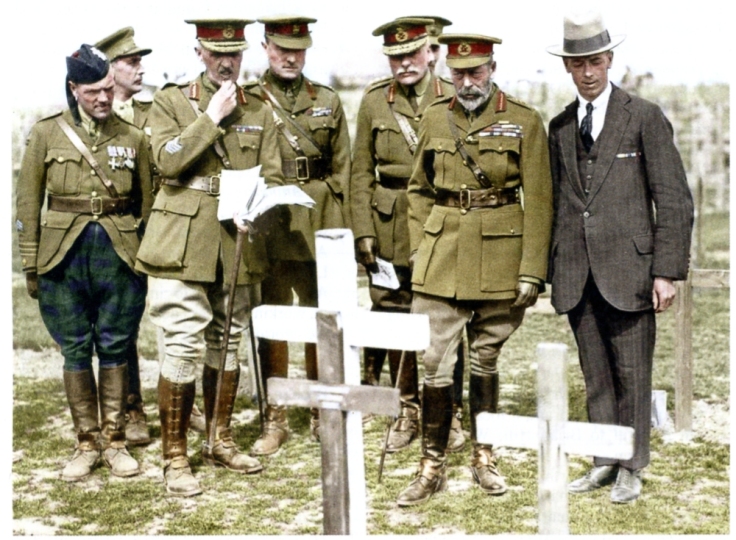 Ironically, the answer to the mystery of Francis and the anonymous letter is revealed not on Flanders Fields but far away in the dusty south, in a sun kissed village physically untouched by the carnage, but with a brand new memorial to its missing sons waiting to be unveiled.

ilfred Owen wrote, concerning his work, “The Poetry is in the pity.” Caroline Scott echoes this message. Such was the disconnect between life in the trenches and home that, for many men, returning on leave was not the joyous temporary reprieve from hell that we might imagine:

“How could she admit to anyone how difficult she had found it to be with him? That she didn’t know how to speak to him? That she felt some relief when the week ended and he went back? How can she tell anyone how she opened all the windows after he went, and scrubbed the floors, and boiled the bed sheets?”

The power and poignancy of this novel will cause it to be spoken of alongside such classics as Covenant With Death, the Regeneration Trilogy and Birdsong. It is available now, and published by Simon & Schuster.

Caroline Scott, Death, Guilt, Remembrance, The Great War, THE PHOTOGRAPHER OF THE LOST

2 thoughts on “THE PHOTOGRAPHER OF THE LOST . . . Between the covers”