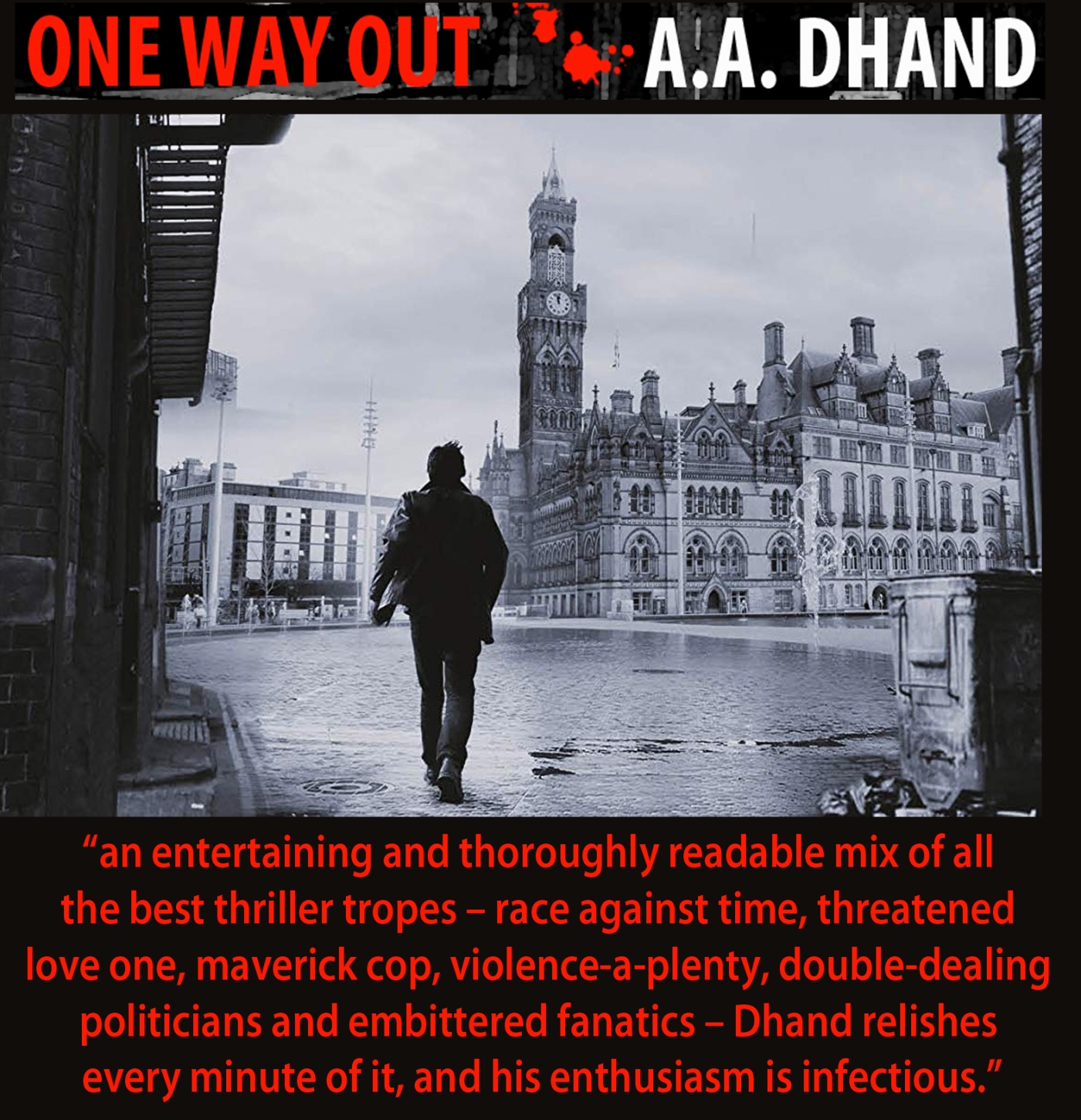 f fictional coppers need to be idiosyncratic to attract readers, then DI “Harry” Hardeep Singh Virdee ticks all the required boxes and also a good few new ones of his own devising. The Bradford policeman is a Sikh, but has enraged his father and his wider community by doing the unthinkable in marrying a Muslim woman. His brother Ronnie also happens to be a ruthless career criminal. 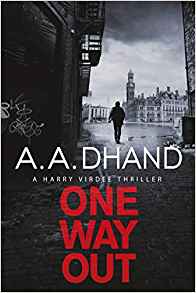 The latest novel from AA Dhand is a gripping thriller which goes well beyond the constraints of the conventional police procedural. One Way Out begins with a huge bomb going off in the centre of Bradford. Although there has been sufficient warning to minimise civilian casualties, the perpetrators – an extreme right wing group known as The Patriots – have a further trick up their sleeve. It is a Friday, and with all 105 mosques in the Yorkshire city being full of worshippers, the terrorists announce that they have planted a bomb in one of the mosques, and it will be detonated unless the police track down and hand over the members of a notorious Islamic militant group called Almukhtaroon. The Patriots have pre-empted the obvious evacuation of the mosques by stating that if one single worshipper attempts to leave, the bomb will be detonated.

Virdee’s wife Saima is trapped inside the Mehraj mosque where the massive bomb is eventually located, but that is just one of his problems. He is sought out by the Home Secretary Tariq Islam, with whom he has, shall we say, history, and given the task of rounding up  the four leading members of Almukhtaroon while the government maintains the façade of refusing to negotiate with terror groups.

hat we then have is an entertaining and thoroughly readable mix of all the best thriller tropes – race against time, threatened love one, maverick cop, violence-a-plenty, double-dealing politicians and embittered fanatics – Dhand relishes every minute of it, and his enthusiasm is infectious.

Dhand is a Bradford man, born and bred, and he paints a vivid – if occasionally depressing – picture of the results of racial and religious bigotry. While he is justifiably harsh on right-wing extremism, he doesn’t spare the blushes of the Asian community, whether they are warring Muslim factions or Sikhs with more angry pride in their hearts than compassion. I’m not sure I totally bought into the relationship between Virdee and Tariq Islam, but no matter what the plot, suspension of disbelief is what we fiction readers are good at, otherwise we would spend our days reading history books or browsing the Argos catalogue.

One Way Out is a genuine page-turner. Futuristic? Maybe, but who would have said, a decade ago, that we would have a Muslim Home Secretary? Another nod to reality is the charismatic leader of Almukhtaroon, the self-styled Abu Nazir. He is not only a genuine Geordie, but he is also a ginger-haired convert to Islam. I seem to recall that one of the notorious followers of the hate preacher Anjem Choudry fits that description, at least in his ethnicity and hair colour. Virdee is a compassionate and credible hero, but with just enough of a mean streak to allow him to go head-to-head with he genuinely bad guys. One Way Out is published by Bantam Press and will be available from 27th June