THE WHITE FEATHER KILLER . . . Between the covers 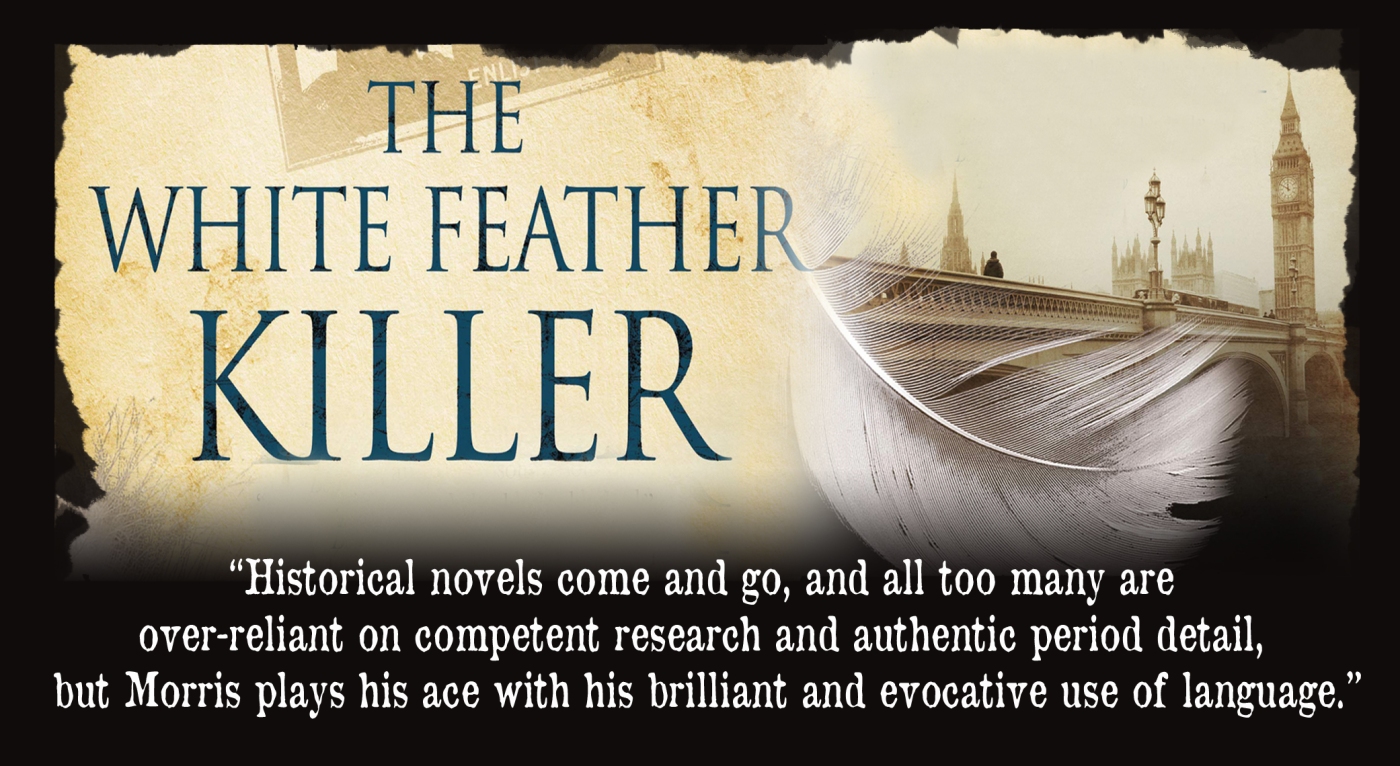 I’m a great fan of historical crime fiction, particularly if it is set in the 19th or 20th centuries, but I will be the first to admit that most such novels tend not to veer towards what I call The Dark Side. Perhaps it’s the necessary wealth of period detail which gets in the way, and while some writers revel in the more lurid aspects of poverty, punishment and general mortality, the genre is usually a long way from noir. That’s absolutely fine. Many noir enthusiasts (noiristes, perhaps?) avoid historical crime in the same way that lovers of a good period yarn aren’t drawn to existential world of shadows cast by flickering neon signs on wet pavements. The latest novel from RN Morris, The White Feather Killer is an exception to my sweeping generalisation, as it is as uncomfortable and haunting a tale as I have read for some time.

f Morris were to have a specialised subject on Mastermind, it might well be London Crime In 1914, as the previous books in the DI Silas Quinn series, Summon Up The Blood (2012), Mannequin House (2013), Dark Palace (2014) and The Red Hand Of Fury (2018) are all set in that fateful year. Silas Quinn, like many of the best fictional coppers, is something of an oddball. While not completely misanthropic, he prefers his own company; his personal family life is tainted with tragedy; he favours the cerebral, evidence-based approach to solving crimes rather than the knuckle-duster world of forced confessions favoured by his Scotland Yard colleagues.

London – like the rest of Britain in the late summer of 1914 – is convulsed with a mixture of outrage, mad optimism and a sense of the old world being overturned. There is the glaring paradox of the first BEF casualties from Mons and Le Cateau being smuggled into the capital’s hospitals on bloodstained stretchers while, the length and breadth of the city, young men are jostling and queuing around the block in a testosterone fuelled display of patriotism, with their only anxiety being the worry that it will all be over before they can ‘do their bit’.

orris takes his time before giving us a dead body, but his drama has some intriguing characters. We met Felix Simpkins, such a mother’s boy that, were he to be realised on the screen, we would have to resurrect Anthony Perkins for the job. His mother is not embalmed in the apple cellar, but an embittered and waspish German widow, a failed concert pianist, a failed wife, and a failed pretty much everything else except in the dubious skill of humiliating her hapless son. Central to the grim narrative is the Cardew family. Baptist Pastor Clement Cardew is the head of the family; his wife Esme knows her place, but his twin children Adam and Eve have a pivotal role in what unfolds. The trope of the hypocritical and venal clergyman is well-worn but still powerful; when we realise the depth of Cardew’s descent into darkness, it is truly chilling. 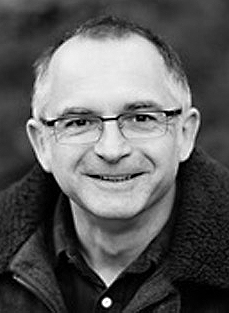 Historical novels come and go, and all too many are over-reliant on competent research and authentic period detail, but Morris (right) plays his ace with his brilliant and evocative use of language. Here, Quinn watches, bemused, as a company of army cyclists spin past him:

“The whole thing had the air of an outing. It did not seem like men preparing for war. The soldiers on their bicycles struck Quinn as unspeakably vulnerable. Their jauntiness as they sped along had a hollow ring to it, as if each man knew he was heading towards death but had sworn not to tell his fellows.”

uinn has to pursue his enquiries in one of the quieter London suburbs, and makes this wry observation of the world of Mr Pooter – quaintly comic, but about to be shattered by events:

“Elsewhere, in the bigger, flashier houses, the rich and servanted classes might indulge in their racy pastimes and let their jealous passions run wild. Here the worst that could be imagined of one’s neighbours was the coveting of another man’s gardenias, or perhaps going hatless on a Sunday afternoon.”

The White Feather Killer is published by Severn House, and is available now. Let Morris have the last word, though, and he takes us back to that autumn when, after those heady weeks when everything seemed possible, innocence finally died.