THE AMERICAN SOUTH. . . A Crime Fiction Odyssey (3): The Dead Are Still With Us

I’ll kick off (before it all kicks off) and say that for no other reasons than style and simplicity, I am going to use the word black to describe characters in crime novels who other people may wish to call Afro-American or People of Colour. If that decision offends anyone, then so be it.

he racial element in South-set crime fiction over the last half century is peculiar in the sense that there have been few, if any, memorable black villains. There are plenty of bad black people in Walter Mosley’s novels, but then most of the characters in them are black, and they are not set in what are, for the purposes of this feature, our southern heartlands.

Black characters are almost always good cops or PIs themselves, like Virgil Tibbs in John Ball’s In The Heat of The Night (1965), or they are victims of white oppression. In the latter case there is often a white person, educated and liberal in outlook, (prototype Atticus Finch, obviously) who will go to war on their behalf. Sometimes the black character is on the side of the good guys, but intimidating enough not to need help from their white associate. John Connolly’s Charlie Parker books are mostly set in the northern states, but Parker’s dangerous black buddy Louis is at his devastating best in The White Road (2002) where Parker, Louis and Angel are in South Carolina working on the case of a young black man accused of raping and killing his white girlfriend.

hosts, either imagined or real, are never far from Charlie Parker, but another fictional cop has more than his fair share of phantoms. James Lee Burke’s Dave Robicheaux frequently goes out to bat for black people in and around New Iberia, Louisiana. Robicheaux’s ghosts are, even when he is sober, usually that of Confederate soldiers who haunt his neighbourhood swamps and bayous. I find this an interesting slant because where John Connolly’s Louis will wreak havoc on a person who happens to have the temerity to sport a Confederate pennant on his car aerial, Robicheaux’s relationship with his CSA spectres is much more subtle.

As a Vietnam veteran, he recognises the wordless bond between fighting men everywhere, irrespective of the justice of their causes. One of the magnificent series, which started in 1987 with The Neon Rain was actually called In the Electric Mist with Confederate Dead (1993). When it was filmed as In The Electric Mist (2009) Tommy Lee Jones made a very good fist of Dave Robicheaux, but the director’s take on Dave’s interaction with the long-dead soldiers was treated rather literally by the director Bertrand Tavernier, particularly in the final few moments. Incidentally, I have a poser: name me the link between The Basement Tapes and this movie, and I will buy you a pint. 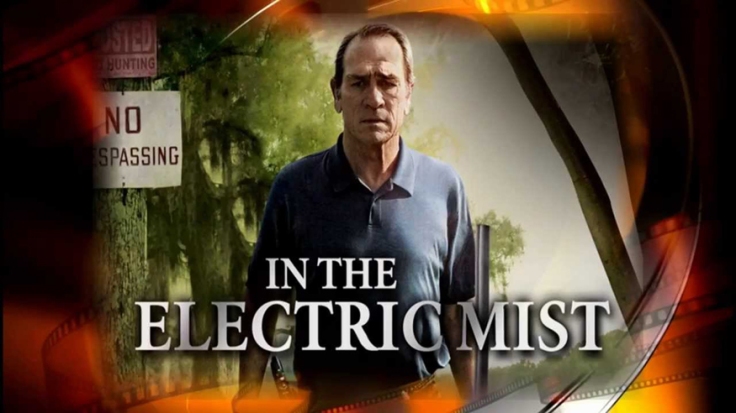 urke’s Louisiana is both intensely poetic and deeply political. In Robicheaux: You Know My Name he writes:

“That weekend, southern Louisiana was sweltering, thunder cracking as loud as cannons in the night sky; at sunrise, the storm drains clogged with dead beetles that had shells as hard as pecans. It was the kind of weather we associated with hurricanes and tidal surges and winds that ripped tin roofs off houses and bounced them across sugarcane fields like crushed beer cans; it was the kind of weather that gave the lie to the sleepy Southern culture whose normalcy we so fiercely nursed and protected from generation to generation.” 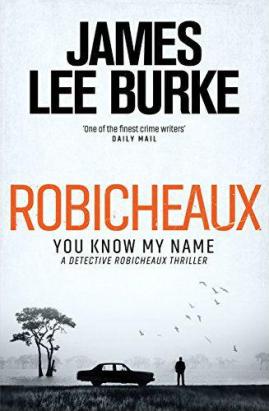 Elsewhere his rage at his own government’s insipid reaction to the devastation of Hurricane Katrina rivals his fury at generations of white people who have bled the life and soul out of the black and Creole population of the Louisian/Texas coastal regions. Sometimes the music he hears is literal, like in Jolie Blon’s Bounce (2002), but at other times it is sombre requiem that only he can hear:

“…the dead are still with us, like the boys in butternut marching through the flooded cypress at Spanish Lake, and the slaves who beckon us to remove the chains that bind them to the auction block, and all the wandering souls who want to scratch their names on a plaster wall so someone will remember their sacrifice, the struggle that began with the midwife’s slap of life, and their long day’s journey into the grave.”

In the final part of this series, I will look at a trilogy of novels which, for me, are the apotheosis of the way in which crime fiction has characterised the often grim but never less than fascinating persona of The Southern States.