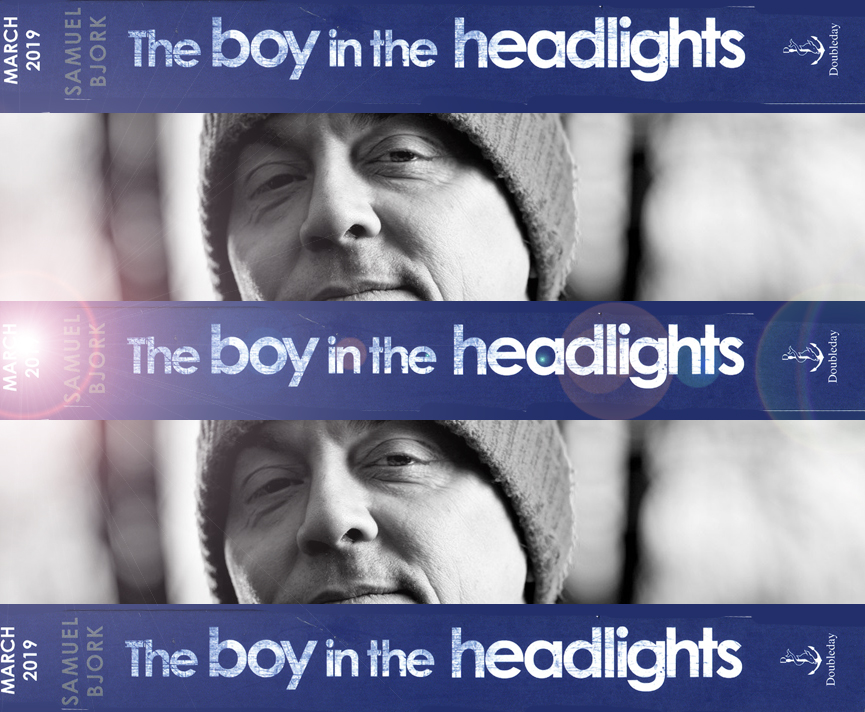 Samuel Bjørk is the pen name of Norwegian novelist, playwright and singer/songwriter Frode Sander Øien. Øien wrote his first stage play at the age of twenty-one and has since written two highly acclaimed novels, released six albums, written five plays, and translated Shakespeare, all in his native Norway. Øien currently lives and works in Oslo.

His third crime novel, The Boy In The Headlights is due to be published by Doubleday on 21st March, and once again features the Special Investigations cops Holger Munch and Mia Krüger who will be no strangers to the readers who enjoyed their previous two cases. 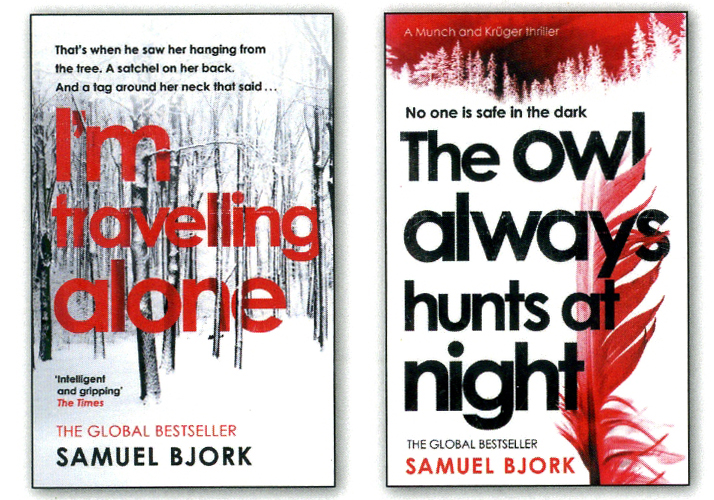 In The Boy In The Headlights, which is translated by Charlotte Barslund, Munch and Krüger try to nail a serial killer who has already struck on four occasions, each time leaving a clue to taunt the investigators. It becomes clear that the murders are linked to a bizarre incident fourteen years earlier, when a motorist, driving home through the a typical Norwegian winter’s night narrowly avoids running into an animal, frozen in the car’s headlights on the lonely road. Except this is no startled forest creature. It is a terrified boy, with deer antlers strapped to his head. Norwegian critics have nothing but praise for Bjørk and his writing: 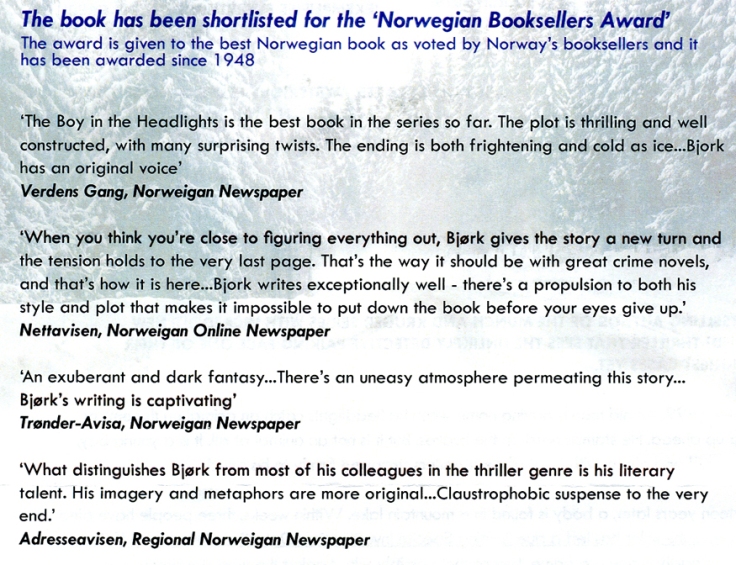 Any UK media enquiries should be addressed to Tom Hill at Transword Publishers thill@penguinrandomhouse.co.uk