CURTAIN CALL . . . Between the covers 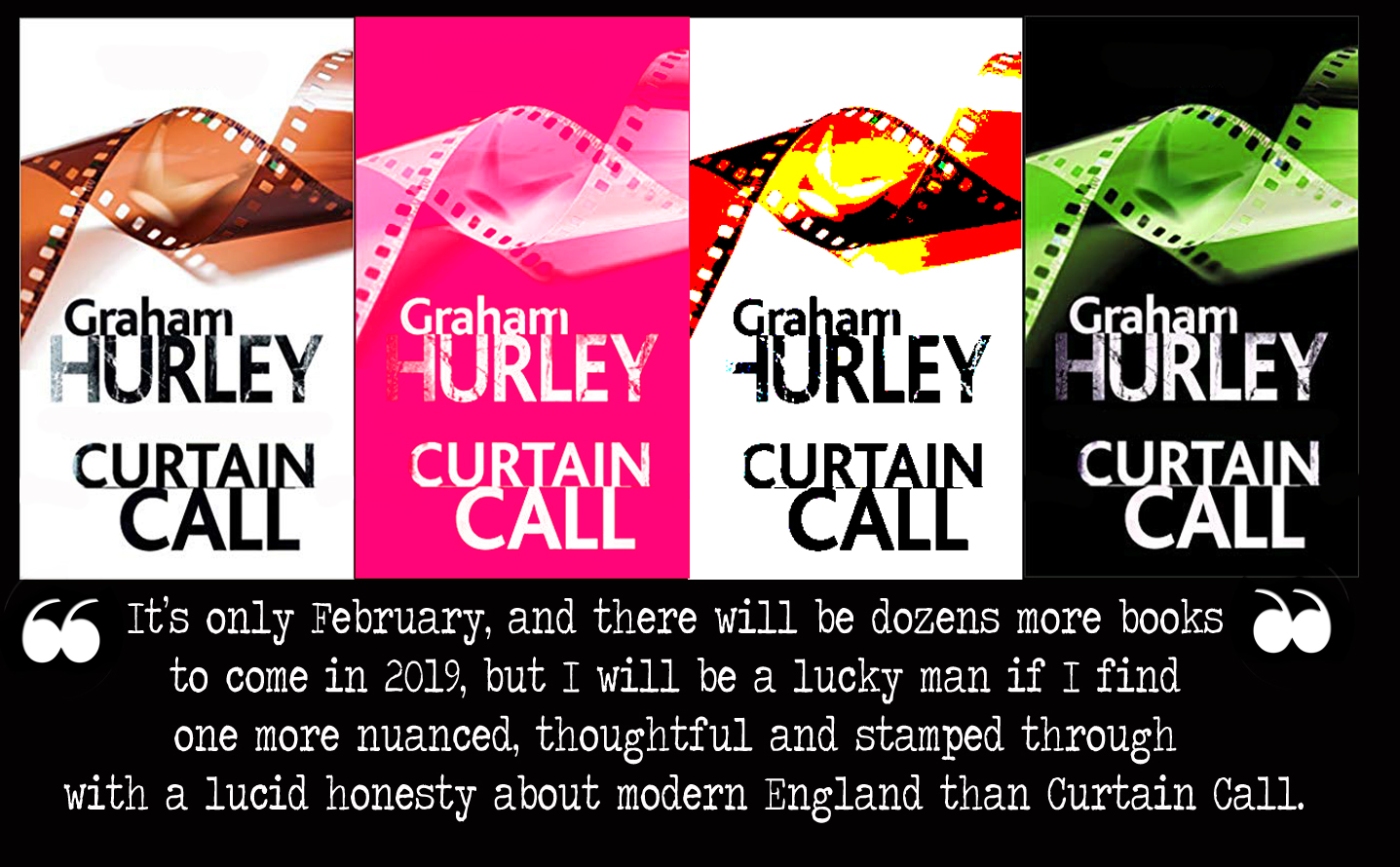 Graham Hurley could never be accused of playing safe. Having created one of the genuine originals in English crime fiction, Portsmouth copper Joe Faraday, he has the poor bloke take an overdose to end it all. Sorry if that’s a spoiler, but it was a few years ago. Then, he takes Faraday’s brightest apprentice and moves him down to Devon along with his restless wife and their daughter. Jimmy Suttle was another ‘one-off’ in terms of crime writing, but although he is presumably still in the land of the Quick rather than the Dead, he was last heard of in The Order Of Things (2015)

Hurley has never been a slave to police procedurals. His many standalone novels will testify to this, but now he brings us a deliciously inventive thriller which is a smartly-delivered slap in the face to those people who simply have to organise their To-Be-Read pile into genre boxes. Curtain Call, published by Severn House, describes a few week in the life of Enora Andresson. She is 39 years old and an established actress with CV boasting several highly thought of movies. She is estranged from her charismatic film director husband and, in collateral damage, from their teenage son Malo.

Enora’s world is wickedly spun off its comfortable axis when she is diagnosed with a brain tumour. Surgery removes the immediate threat and Enora picks herself up, dusts herself down, and tries to resume her career. Her life becomes infinitely more complicated when she is contacted by a campaigning Left Wing journalist. Mitch Culligan has done his homework and discovered that Enora has a link to a controversial businessman/fixer/gangster called Hayden Prentice. Prentice, nicknamed ‘Saucy’ after his initials (HP – geddit?) once had his way with Enora aboard a luxury yacht moored off Antibes. But this was back in the day, both enjoyed the fling, and there were no recriminations.

Culligan’s mission is to write an exposé outing Prentice as a mystery donor to the campaign which made all the pollsters look stupid, and ended up with Britain voting, in 23rd June 2016, to leave the European Union. Like many people, now categorised as ‘Remainers’, Culligan is determined to prove graft and corruption, and wants Enora to revisit her relationship with Saucy and feed back any juicy details.

As Robert Burns so memorably put it:

Enora’s reunion with her one-time lover has unintended consequences, particularly in relationship to her son, who turns up in London having fallen out with his father who, in turn is facing bankruptcy after a severe career downturn. There is crime – of a sort – in the novel, most horrifically when Culligan’s Syrian boyfriend is beaten within an inch of his life, but Curtain Call is much more complex and multi-layered. Admirers of the Faraday novels will love the fact that Saucy was a long-time confrère of the ebullient and occasionally unhinged King of the Portsmouth underworld, Bazza Mackenzie, a nemesis who Joe Faraday spent twelve memorable novels trying to put behind bars.

Enora is a wonderfully drawn character; intelligent, worldly and occasionally sentimental, but the linchpin of the novel for me was Hayden Prentice. He is a constant surprise, and a walking tangle of contradictions. Hurley does a brilliant job of first establishing him as an archetypal barrow-boy turned ruthless businessman, with all the sensitivity of an axe murderer, but then dismantling all our impressions one presumption at a time. Saucy delivers his pithy opinion of UKIP supporters:

“They don’t much like abroad, and they definitely don’t like Pakis nicking their seat in the bus, and given half a chance they’d shut their doors and spend the rest of their lives listening to the fucking Archers.”

“Beware of Causes, I tell myself. No matter how worthy.”

Readers will no doubt build their own visual image of Hayden Prentice and Enora Andresson but if I may be allowed to play the indulgent game of Fantasy Casting for a moment, I see Bob Hoskins playing opposite Anne Bancroft. Other pairings are, of course, available and if, when you have read this splendid novel, you would like to have your turn, then please do get in touch!

It’s only February, and there will be dozens more books to come in 2019, but I will be a lucky man if I find one more nuanced, thoughtful and stamped through with a lucid honesty about modern England than Curtain Call. One final nod to those who get misty eyed about the glory days of the Joe Faraday novels, Saucy’s favourite preface to any of his many sardonic utterances about the state of mankind, is just two words: