ROBICHEAUX:You Know My Name … Between the covers 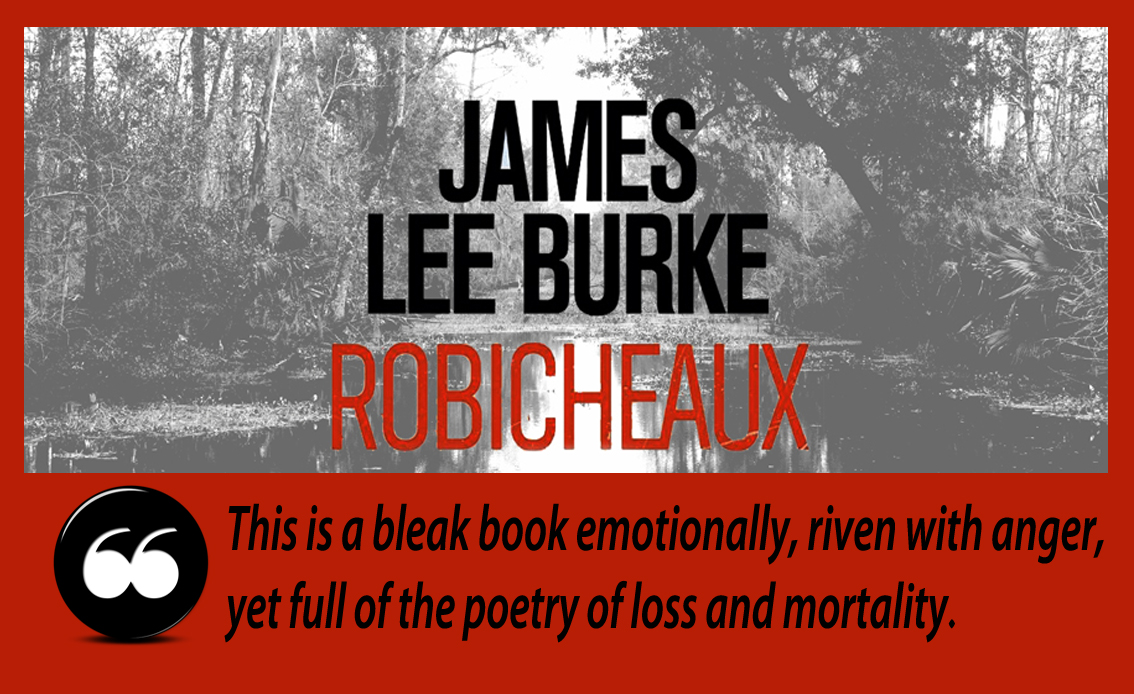 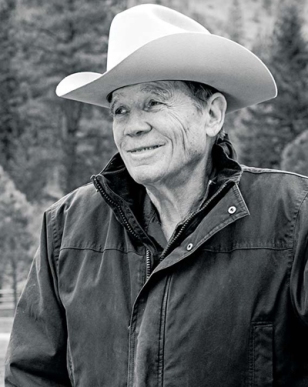 James Lee Burke (left) turned 81 in early December 2017. When I picture the face of his majestic but flawed hero, Dave Robicheaux, it is his creator’s face I see. The Robicheaux books have been filmed several times but the best one I have seen is In The Electric Mist (2009) starring Tommy Lee Jones, and Mr Jones is good a ringer for Mr Burke – and my vision of Robicheaux – as you will ever see.

Dave Robicheaux is a police officer in New Iberia, Louisiana, a few miles down the road from its big sister, New Orleans. Burke introduced him in The Neon Rain (1987) and, since then, fans like me have followed Dave’s every move, in and out of alcoholism, sharing his visions of ghostly Confederate troops trudging their spectral way through the swampland and along the fringes of the bayous, and bringing down bad men with the help of his bail skiptracer buddy, the elemental force known as Cletus Purcell.

Robicheaux: You Know My Name has an end-of-days feel about it. Is this endgame for Robicheaux? Emotionally, he is in a bad way. His wife (the latest of several) Molly is dead, innocent victim in a case of reckless driving.

“I could not sleep Sunday night, and on Monday I woke with a taste like pennies in my mouth and a sense that my life was unspooling before me, that the world in which I lived was a fabrication, that the charity abiding in the human breast was a collective self-delusion …”

His adopted daughter Alafair is away writing her novels and making her way in the world. Even Tripod, his three-legged raccoon pal is no more. Choose your metaphor; a gathering wind bearing a scent of impending catastrophe, a cloud of retribution, a murmured lament for the dead and dying becoming louder by the minute? Robicheaux describes one of the characters;

“I was old enough to know that insanity comes in many forms, some benign, some viral and capable of spreading across continents, but I believed I had just looked into the eyes of someone who was genuinely mad and probably not diagnosable, the kind of idealist who sets sail on the Pequod and declares war against the universe.”

All very gothic and, perhaps, melodramatic, but fans of the series will know not to expect half measures. The overpowering Louisiana climate does not do pastel shades: it never drizzles – the rain comes down like magnum bullets clanging into tin roofs; the wet heat saps the spirit, and makes men mad, and women madder. 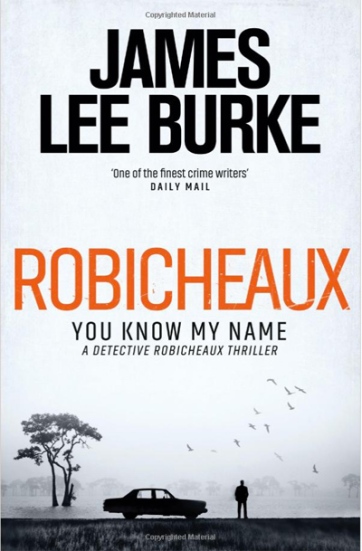 “That weekend, southern Louisiana was sweltering, thunder cracking as loud as cannons in the night sky; at sunrise, the storm drains clogged with dead beetles that had shells as hard as pecans. It was the kind of weather we associated with hurricanes and tidal surges and winds that ripped tin roofs off houses and bounced them across sugarcane fields like crushed beer cans; it was the kind of weather that gave the lie to the sleepy Southern culture whose normalcy we so fiercely nursed and protected from generation to generation.”

The plot? Obviously there is one, and it is excellent, but such is the power and poetry of James Lee Burke’s writing that the action is often completely subsumed by the language. A grim ostinato to the story is Robicheaux’s bitter resentment towards the man whose reckless driving killed Molly. Said driver is found dead, and Robicheaux become prime suspect in a murder case..

“How do you handle it when your anger brims over the edge of the pot?You use the shortened version of the Serenity Prayer, which is “Fuck it”. Like Voltaire’s Candide tending his own garden, or the British infantry going up the Khyber Pass one bloody foot at a time, you do your job, and you grin and walk through the cannon smoke, and you just keep saying, “Fuck it”…..”Fuck it” is not profanity. “Fuck it” is a sonnet.”

As his problems mount, Robicheaux succumbs once more to his personal demon. It is , however, a demon shared by a great many other of his fellow citizens:

“If anyone tells you he he’s from New Orleans and doesn’t drink, he’s probably not from New Orleans. Louisiana is not a state;it’s an outdoor mental asylum in which millions of people stay bombed most of their lives. That’s not an exaggeration. Cirrhosis is a family heirloom.”

Bent fellow cop Spade Labiche is involved in all manner of dirty deals and deeds, while former top federal informant – and thoroughly vile human being – Kevin Penny is found dead in his trailer, slowly murdered by an electric drill. Meanwhile, as Clete Purcell plays foster parent to Penny’s young son, dying mobster Tony Nemo attempts to bankroll a Civil War movie written by an angry novelist whose wife may (or may not) have been raped by the charismatic Trump-like politician, Jimmy Nightingale. Robicheaux attends one of Nightingale’s campaign rallies.

“He gave voice to those who had none – and to those who had lost their jobs because of bankers and Wall Street stockbrokers and NAFTA politicians who had made a sieve of our borders and allowed millions of illegals into our towns and cities…..Was he race-baiting or appealing to the xenophopia and nativism that goes back to the Irish immigration of the 1840s? Not in the mind of his audience. Jimmy was telling it like it is.”

James Lee Burke is nothing if not passionate about how powerful people abuse the weak, the poor, the defenceless and the gullible. His bad men are satanic and implacable – until they meet the destructive force-field created when Robicheaux and Purcell – The Bobsy Twins – go into action. This is a bleak book emotionally, riven with anger, yet full of the poetry of loss and mortality.

“…the dead are still with us, like the boys in butternut marching through the flooded cypress at Spanish Lake, and the slaves who beckon us to remove the chains that bind them to the auction block, and all the wandering souls who want to scratch their names on a plaster wall so someone will remember their sacrifice, the struggle that began with the midwife’s slap of life, and their long day’s journey into the grave.”

Robicheaux: You Know My Name is out today, 2 January 2018, in Kindle and will be published as a hardback by Orion on 11th January.