The darkest hours of winter have now gone here in Britain and, imperceptibly, the days are getting longer, although at a maddeningly slow crawl. Nothing lightens the gloom better than packages from publishers which contain books which will not see the light of day until the green of the Spring. 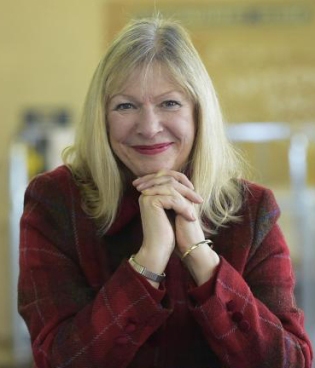 By 22nd March 2018, there should be catkins on the willow and hazel, daffodils should be getting into their stride and, even if it’s a little early to be looking for summer migrants like swallows and warblers, nothing will be more welcome to lovers of good crime fiction than the return of William Lorimer in another – the fifteenth, unbelievably – police procedural set in Scotland. Since Alex Gray (left) saw Never Somewhere Else published in 2002, she has made Lorimer and his world one of the go-to destinations for anyone who loves a well-crafted crime novel, with a sympathetically portrayed central character.

Lorimer’s latest case involves a woman stabbed to death, and wise heads from Police Scotland are certain that Dorothy Guildford’s husband Peter did the deed. After all, most murder victims knew their killer, didn’t they? What with the squeeze on budgets, and overtime eating the flesh from the force’s financial bones, who needs a protracted and complex murder enquiry? But. But. When Peter is savagely attacked and is clinging n to life in an ICU, Detective Superintendent Lorimer and Detective Constable Kirsty Wilson smell a very large and malodorous rat, and become convinced that the wrong man is in the frame for the killing.

Only The Dead Can Tell is written by Alex Gray, is published by Sphere/Little Brown, and will be available on 22 March 2018 in hardback and Kindle, with a paperback edition becoming available in November 2018.