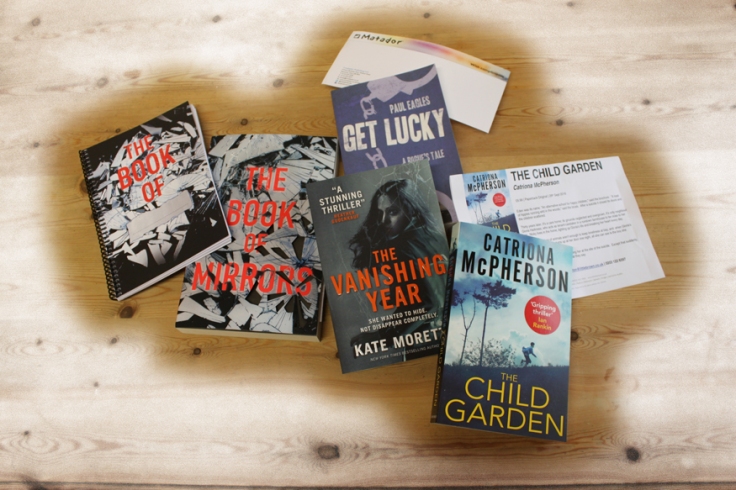 I realise that the weather has been violently different elsewhere in the UK this week, but here in Cambridgeshire we have had three golden days – and evenings – such as I cannot ever remember, looking back over all my many Septembers. It won’t last, of course, and  the recent arrival of four new crime fiction books reminds me that there are colder and darker days ahead which will be made more bearable by some excellent reading material.

The Book of Mirrors by E O Chirovici looks to be Penguin’s big promotion for the early autumn. There’s an excellent cover with peep-through perforations, and the promo pack includes a very tasty spiral bound notepad/sketchbook. The author, Eugen Ovidu Chirovici, was born in Transylvania, which all fans of the lethal Count Dracula will know is in modern-day Romania. The story? It’s one part literary novel, in that Chirovici examines the nature of memory and recollection; a second part aims to be stylish, and the author openly admires Raymond Chandler and Mario Vargas Llosa for their flawless technique. The third part, perhaps most importantly, is that we have a cracking CriFi story about a cold-case crime and a lost manuscript which contains clues to the identity of a killer.

Buying options for The Book Of Mirrors 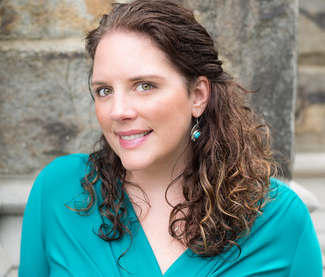 The Vanishing Year by Kate Moretti certainly wins title of the month award, as those of us in the UK cling on desperately to every vestige of summer, while preparing ourselves stoically for yet another northern winter of rain, diminishing days, and media hysteria over football results. Moretti’s novel focuses on Zoe Whittaker, a woman whose life has metamorphosed from desperation and danger into one of luxury, love and positive vibes. But the past is never very far away, and when Zoe’s life comes under threat from those she thought had been cast aside, just as a dream dies at the dawn of day, she must make a decision which will either bring salvation – or damnation.

Buying options for The Vanishing Year 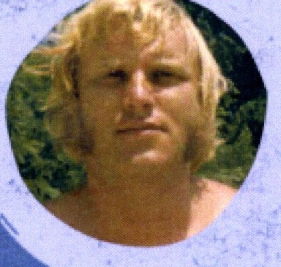 Get Lucky by Paul Eagles is one of those confessional ‘Jack The Lad’ stories about someone who has lived his life at the sharp end. It is, I suppose, True Crime, but aficionados of the genre will know that they will need several pinches of salt in order to separate the fact from the fantasy. Basically, Eagles tells his life story thus far. It is as far removed from anything you and I have experienced as is Tennyson from E J Thribb. But, I suppose, there lies the charm. We are invited to gasp and gawp at the goings on, charmed by the fact that we could never, ever have got away with things in the way that Mr Eagles describes.

Buying options for Get Lucky

The Child Garden by Catriona McPherson tells the story of one of those ‘special’ schools set up in the 1970s, when people still believed that Hippy peace and love was a viable and cogent philosophy. Conventional schools were simply prisons for young minds, Bob Dylan reminded us of “the mongrel dogs that teach”, and, just for a nanosecond, in someone’s mind, there seemed to be a way forward. The school in question was called – clearly with the irony meter turned off – ‘Eden’. Inevitably, it folded, with its alumni and teaching staff scattered to the four winds. But a sinister suicide during the school’s heyday returns to haunt former pupils, and they learn that the dead have ingenious ways of speaking to the living.

Buying options for The Child Garden