BOOKS BEHIND BARS … The story of Roy Harper (2)

This is the second part of the extraordinary saga of a real life inmate of America’s toughest correctional facilities, and his struggle to get his story into print. You can read Part One here. Henry Roi is the PR Manager for Crime Wave Press, and here he tells of just what it took to get Roy Harper’s work from inside a jail cell onto bookshelves and e-readers.

The Tribulations Of An Author Convict

Tool’s Law was written in a hostile environment, a Mississippi Supermax, where the strongest of minds deteriorated from incessant chaos, government oppression, and inhumane treatment condoned by local culture.

Roy Harper has been many things in his life. A thief, bank robber, car-jacker, kidnapper, an armed and dangerous fugitive. He doesn’t brag about these things, though he is unapologetic as well. He accomplished his proudest endeavors as a convict, spending over a decade advocating prisoner rights and was instrumental in the civil suits that ultimately closed down Unit 32 Supermax, starting a ripple-effect that changed correctional philosophy around the country.

After 40 years of an intense criminal life, Roy can now add “Published Author” to his timeline. In 2004 Roy decided to write a book. A novel that would, hopefully, sell enough copies to pay for a pardon. Money was the original motivator for penning Tool’s Law, though as the process developed, it became an outlet, an escape from a harsh reality. As the characters took on a life of their own the project became far more than just a way to make money; the project became a great source of PRIDE, a real self-motivator, and the first legit hard work Roy had ever embarked on without grinding his teeth in reluctance. Hard work – years of it – in a hard environment. How could he possibly look forward to that? Because every completed chapter elevated his sense of accomplishment. 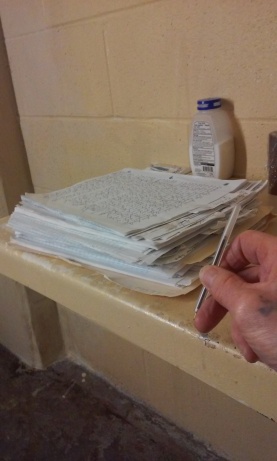 Roy’s workspace was adequate for writing. But the inadequacies far surmounted any conveniences: No computers, word processors or typewriters were available. Paper was hard to get, and because of the high-security, regular ink pens were banned. Every page, 1,162 in total, was handwritten multiple times to render a final clean draft with a “flex-pen”, a plastic ink cartridge with a soft, flexible rubber shroud. These sub-par ink dispensers are immensely taxing on the hand.

Outside of his cell was an endless dissonance. Unit 32 was filled with the worst-behaved prisoners in the state. Mentally ill or terribly disruptive, the psychotic, violent and juvenile actions pervaded the buildings without interruption, exacerbated by policies and staff that offered no incentives for good behavior – no T.V., radio, fans, or even shoes. They acted like animals because they were treated as such.

For High Risk inmates like Roy, shakedowns were a weekly treat, as were movement to different cells. Officers routinely trashed property, out of spite or under orders, and did not care about the perceived value of a prisoner’s property. Family photos, artwork, cherished letters from loved ones, legal work, poems, and manuscripts like Roy’s were commonly trashed or taken during these movements and shakedowns.

It took several days to get mentally adjusted to a new cell, with new neighbors, noises, smells, critters, floods, fires, and fears of who must be watched to avoid being scalded, stabbed, or assaulted with excrement. After acclimating to a new cell, Roy would work on Tool’s law during lulls in the chaos.

In 2006, the American Civil Liberties Union took interest in several lawsuits filed about inhumane treatment in Unit 32. Roy worked closely with the Associate Director of the ACLU National Prison Project, Miss Margaret Winter, who used a 5th Circuit ruling filed by Roy in previous years to supplement the class-action that eventually closed down Unit 32. A federal judge issued a court decree ordering the Mississippi Department Of Corrections to provide Long-Term Segregation inmates, including High-Risk, incentive programs that allowed well-behaved prisoners a chance to earn more privileges and freedom of movement.

In 2008, Deputy Commissioner E.L. Sparkman created the High-Risk Incentive Program. Roy was the poster-man Mr. Sparkman used to promote the program, “selling” it to other states and even the federal system. Mr. Sparkman’s change of correctional philosophy – from take everything and lock ‘em down to providing them incentives for good behavior – was a national success, and the Supermax facilities around the country began closing as other states took note.

Out of appreciation for Roy’s help and good behavior during the development of the High-Risk Incentive Programs, Mr. Sparkman helped Roy with Tool’s Law, appointing a deputy warden to have the manuscript scanned and burned onto DVDs.

No further progress was made on Tool’s Law until 2012, when RAW T.V. producer Jenny Evans contacted Roy to interview him for a feature in National Geographic’s Breakout! series. RAW T.V. wanted to do a documentary about Roy’s May, 2000, escape from Unit 32 Supermax. Miss Evans could not pay Roy for the story (that is illegal), but offered to help with Tool’s Law. She had the brilliant idea of recruiting Facebook friends to help type it, and over the next six months the entire manuscript was typed by more than a dozen awesome, caring people Roy had never met and would never know.

Three more years went by before any more progress was made. The handwritten pages were typed, but they needed to be edited, proofread, and submitted to publishers. The Incentive Program had more privileges, but Internet access was off-limits. And Roy had no help on the outside…but he had help on the inside.

Roy’s friend and fellow outlaw, Chris, is a self-published author who had access to the Internet via a Galaxy Android smartphone (which, after possessing for several years, was confiscated from Chris after a gangbanger snitched on him). Chris had no experience with writing apps, but learned quickly, working closely with Roy to edit and proof – read Tool’s Law. Roy drew his own cover art, which Chris took pictures of and used his image editing apps to create the book covers. Together they published Tool’s Law in a four-book series on Lulu.com, a self-publishing service.

A couple of months later, Roy and Chris had sold only a few books. After constant research about creating online platforms, they learned how limited they were, lacking money for data, and the online time needed to successfully grow an Internet presence as authors. They changed tactics, using what they could do very effectively: submitting queries.

After studying numerous examples of queries in books about writing, they started a query campaign that lasted over a month, submitting to publishing houses, big and small, around the world. During this period there was a constant fear of the phone being discovered. They were, after all, escape risks housed in maximum security and the Incentive Program did not lessen the frequency of shakedowns. The manuscripts, queries, sample chapters – every file created for submitting to publishers and agents – was at stake.

Success! When Roy read the first email from Crime Wave Press the relief on his face and in his body language was profound. All the years of hard work and stress to get Tool’s Law to this point was vindicated. It wasn’t all for nothing, as he had feared often. Crime Wave Press was highly interested, having read and loved the first two books. Roy knew they’d like books three and four as well. He was right.

The contract was drafted, negotiated, and signed. The final product, a leaner and meaner version of Tool’s Law, edited by Tom Vater, will be released in two volumes this Spring/Summer, 2016, as Tool’s Law Book I: SHANK and Tool’s Law Book II: HEIST.

Roy is currently working on another novel, inspired and enjoying the feeling of having a real purpose in life: entertaining people with his unique crime fiction stories.
No-one who has ever tried to write a novel – and get it published – will claim the process is easy, or without heartbreak or moments of despair, but Roy Harper’s struggle is something else altogether. In the final part of this stranger-than-fiction story there will be more from Harper himself, and also a transcript of his interview with Henry Roi (pictured below) 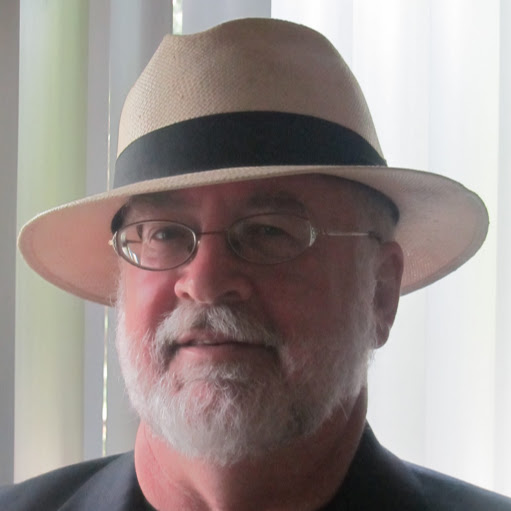 Shank is available on Amazon