Who remembers the adventures of that frightful cad, Harry Flashman? The writer George MacDonald Fraser picked up a thumbnail sketch of the boy who was a significant character in Tom Brown’s Schooldays, a forgotten ‘classic’ written by Thomas Hughes, published in 1857. Hughes’s Flashman was a bully of the worst kind, but in a succession of best selling novels, Fraser followed his anti-hero’s adult career through the pivotal events of the 19th century, including the American Civil War, The Crimean War, various encounters with Otto von Bismarck, the Zulu wars and several escapades in Afghanistan and Imperial India.

Now, the publishers of Get Lucky, an autobiography of Paul Eagles, say:

“Get Lucky is the true story of a rogue, sometimes lovable but often otherwise.” 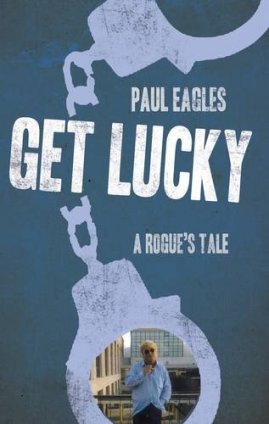 So was Mr Eagles a late 20th century Flashman? In some ways he seems to have all the charm of the fictional ne’er-do-well. He talks his way into posh company, is equally at home whether womanising, boozing or brawling, and thinks nothing of stealing a priceless Rubens painting from a Dutch museum.

The term demi monde seems to have been invented just to fit the company Paul Eagles kept in the final years of the Naughty Nineties – that’s the 1990s, not the 1890s, just so we’re clear. It seems that there was no drinking den unvisited, no sleazy Mediterranean club unpatronised – and no grim French jail left untenanted.

Paul Eagles rubbed shoulders with some fairly heavy characters during his day job as a lovable rogue, including the Mafia, and the dubious, faceless fixers behind the rise, decline and fall of the disgraced Australian businessman Alan Bond. Now, he has written his life story, and Troubador Books say:

“it’s a quirky and idiosyncratic tale, as much an entertainment
as it is the story of one lucky man’s unconventional life.”

Look out for an interview with Paul Eagles in the next couple of weeks on Fully Booked, and we hope to be offering a copy of this intriguing True Crime book as a prize in an upcoming competition.