JIM KELLY … A landscape of secrets

JIM KELLY (above) grew up in the shadow of some of the worst criminal misdeeds the country had ever experienced and, as his childhood progressed, the evil that men do was seldom far away from the Kelly family. So, he had a brutal and disadvantaged upbringing? No, far from it – just the opposite. His father Brian was a top detective in the Metropolitan Police, and his maternal grandfather, too, had a background in keeping the peace as a special constable – he actually was there on the street, as it were, in 1911, when Home Secretary Winston Churchill and others managed to turn a hunt for anarchist criminals into the expensive and bungled farce that we know as the Siege of Sidney Street.

Kelly was born in Barnet, originally a small Hertfordshire town, but now a borough long since absorbed into the suburban sprawl of north London. It was near Barnet on 14th April 1471, that one of the most influential battles of the Wars of The Roses secured the throne for the Yorkist King Edward IV. The only battles that Kelly recalls were, however, between his beloved Barnet Town Football Club and their rivals. ‘The Bees’ have been back and forth between league and non-league football over the years, with all the regularity of a fiddler’s elbow, but as long as hope springs eternal in the human breast, Barnet can be sure of at least one man’s loyalty.

After several years in journalism, which culminated in writing for The Financial Times, Kelly decided to put his skills to the ultimate test. He would become a full time novelist. By this time, he and his family had moved to the beautiful Cambridgeshire cathedral city of Ely, which had all the advantages of wide open spaces as well as the crucial railway connection to London. Before we continue, a word from one who knows. Ely is, geographically, in Fenland – an area of such fertile soil that it is said that a man only has to spit on the black soil for it to start growing into something productive. But Ely, with its tea-rooms, artisan bakeries, arts centre and elegant cafés may be in The Fens, but it is certainly not of The Fens. To explore the real Fenland, the traveler must visit such hard-scrabble towns and villages as Wisbech, Chatteris, March, Welney and Three Holes. It is among these sometimes insalubrious settlements that Kelly sets the series that first brought him to public attention.

Philip Dryden is the editor of Ely’s local newspaper. When he was first introduced, in The Waterclock (2002), local ‘rags’ had yet to feel the full force of digital competition, but they were already on the rocky road of no longer charging a cover price, but giving themselves away for nothing, hoping to cover costs from advertising revenue.

In Kelly’s books there is always a sense of déjà vu, of history coming back to bite people on the bum, and a telling awareness that despite tomorrow being another day, it is yesterday that casts the longer shadow on people’s lives. This is even evident in the fact that Dryden’s exotic wife Laura is lying alive, but insensate, in an Ely hospital. She is there as a result of a catastrophic road accident when she and Dryden ended up in a deep Fen ditch late on a winter’s night. When I first met Kelly, he came and spoke about his books at my local library. He revealed that one of his favourite authors is Dorothy L Sayers. And how does her most celebrated book begin?

“That’s torn it!” said Lord Peter Wimsey.
The car lay helpless and ridiculous, her nose deep in the ditch,
her back wheels cocked absurdly up on the bank,
as though she were doing her best to bolt to earth
and were scraping herself a burrow beneath the drifting snow.

Thus Lord Peter Wimsey and the faithful Bunter have to seek the help of the inhabitants of Fenchurch St Paul and, in doing so, become involved in the celebrated mystery of The Nine Tailors. The Sayers connection is further developed by Kelly in his novel The Funeral Owl (2013), the most recent Philip Dryden mystery, where much of the action is centred in the Fen village of Brimstone Hill. This village is easily identifiable on the ground as Christchurch, which is little more than a huddle of houses in the lonely expanse of flat farmland between March and Ely. And who was the Rector of the little Victorian church in the village (below), between 1917 and 1928? The Reverend Henry Sayers, whose daughter went on to become one of the great literary figures of her day, and also a member of the elite writers of Golden Age crime fiction.

Like all amateur detectives, Dryden sticks his nose into places where it is likely to get stung or at least severely nipped. The fact that he lives on a houseboat moored on Ely’s River Great Ouse always adds a touch of the exotic, but his day job as newspaper man allows him access to places that mere interested passers by could never penetrate. After refusing ever to drive again after the accident which left his wife paralysed, Dryden relies for transport on an obese and sedentary taxi driver called Humph. Humph serves several functions, including playing the role of a Greek chorus, commenting on and observing at a small distance the complications and dramas with which his regular customer involves himself. On a less cerebral level Humph has an inexhaustible supply of snacks, as well as an impressive collection of spirit miniatures harvested during his frequent trips to Stansted airport.

Kelly’s other crime fiction series hovers closer to the police procedural landing strip than the Philip Dryden novels. Peter Shaw is a high-ranking detective based in King’s Lynn. He too has his Watson, but in this case it is in the form of the taciturn and misanthropic copper, Sergeant Valentine. Kelly’s portrayal of King’s Lynn is as accurate and revealing as his frank picture of the bleak, inhospitable, historically incestuous and endlessly resentful villages of Fenland. Lynn, as it is known to locals, is also a paradox. On the one hand we have the magnificent churches, the prestigious Festival, and the unbreakable connection with a certain family who have a country home just up the road in Sandringham. But we also have the rough estates, the ill-at-ease migrant workers, and the tough-as-teak descendants of the fishermen who once sailed out of Lynn in search of seafood for the tables of rich men in their castles.

Like Dryden, Shaw is a complex character. He conceals from his bosses the fact that he may be losing his sight as a result of an old injury. His father – like Kelly’s – was a hugely respected policeman. Unlike Detective Superintendent Brian Kelly, however, Shaw père may not have been as honest as the day is long. In recent Peter Shaw novels, readers have been taken away from King’s Lynn and led up the Norfolk coast to such places as Brancaster and Holme. This part of Norfolk has been called Chelsea-on-Sea, due to the rising numbers of wealthy second-homers who have invested money, if not time, in the area. Shaw’s beautiful wife, who runs a beach shop and store at Hunstanton, and our man’s part-time job as a member of the local lifeboat crew, certainly add depth to the character.

As a master of landscape and what has been called pyschogeography – the invisible pull that past deeds, embedded in the fabric of buildings and streets, exert on modern day events – Jim Kelly has only one equal, and that is Christopher Fowler, whose elderly detectives Bryant and May are always jerked this way and that by the powerful magnets of history which lie beneath the streets of London.

If you are yet to read one of Kelly’s novels, then you should do so as soon as possible. If, like me, you are a devout disciple, then I hope that I have summed up just a hint of the man’s magical writings.I am presenting the two series of novels as separate graphics, but you can find out more by visiting Jim Kelly’s Amazon page. 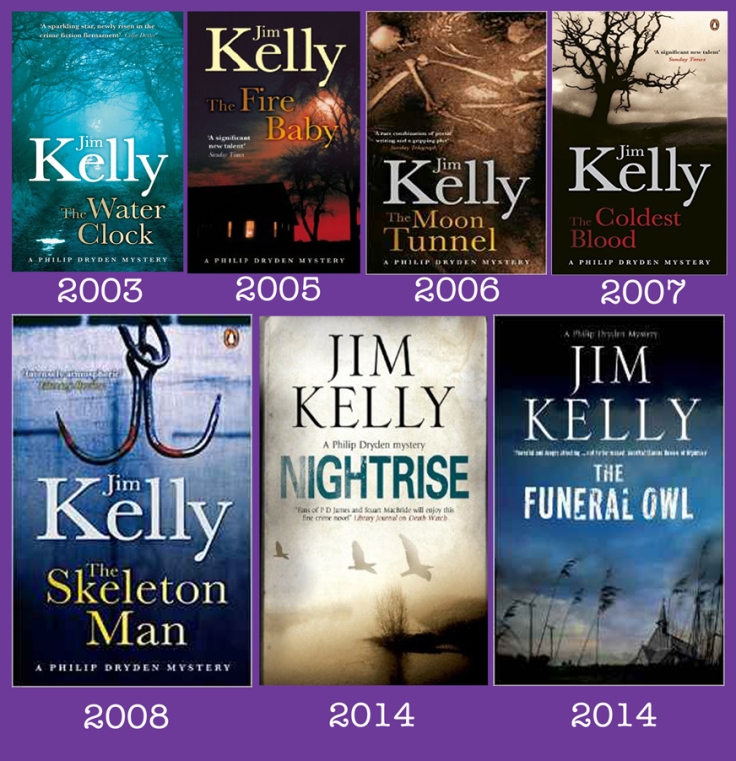 THE POSTMAN DELIVERS … Beneath The Surface

IRISH CRIME FICTION seems to be on a roll at the moment. With writers like Anthony Quinn, Stuart Neville, Ken Bruen, John McAllister and Sinead Crowley making headlines, it’s not too fanciful to see Ireland – North and South – rivaling its neighbour across the sea, Scotland, as everyone’s favourite setting for moody and intense crime tales. Is there room for one more at the top table of Irish crime? There certainly is, when it’s Jo Spain asking for a seat. Her debut novel With Our Blessing was named as an Irish Times crime fiction book of the year by Declan Burke in 2015, and achieved great critical acclaim.

Now, DI Tom Reynolds and his team return for another sortie against the many-headed monster of Irish crime. This time a government official is murdered in Leinster House, the former ducal residence in Dublin which has housed the Irish Parliament since 1922.

Everyone makes the assumption, that Ryan Finnegan’s death has been orchestrated by one of his political opponents, but before too long, Reynolds is uncovering evidence that points in a different direction altogether. The novel will be available very soon from the usual sources, and it looks from this angle that Jo Spain (below) and her publishers Quercus, have another hit on their hands. You can also keep in touch with Jo by following her on Twitter. 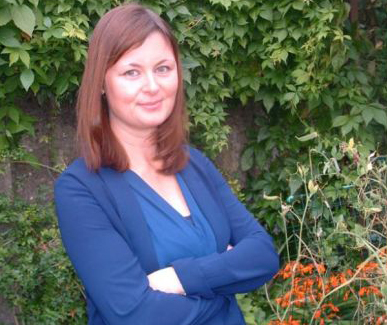