AUSTIN BIDWELL – The fraudster who fooled the Bank of England: part two

AUTHOR NICHOLAS BOOTH continues his amazing tale of a gang of Victorian fraudsters who made the Bank of England look very, very foolish.
Part one of the saga is HERE

Still, even under lock and key in Spanish-ruled Havana, Austin Bidwell (right) thought he would get away with it. His absence from London at the most crucial juncture meant, in his estimation, that any evidence against him was hearsay. And, until my research, most of the accounts about the “great forgery” can be classed as the same. All the thieves of Threadneedle Street were inveterate liars and fantasists who shrouded their endeavours in mystery, but even Pinkerton was prone to self-aggrandisement.

For example, in Austin’s later version of events, Willie Pinkerton had suddenly appeared in Cuba, apologised for spoiling a dinner party and announced he had a warrant for the fugitive’s arrest. When offered a glass of wine by the urbane forger, the detective had supposedly agreed, adding: “I never drink anything but Clicquot” and then Austin had pulled a gun, shot a policeman and tried to escape. In Pinkerton’s later recollection, the detective claimed he had “passed the very ship that had Bidwell on board while rounding him into port” and arrested him there and then. But as his own files show, the detective didn’t actually arrive for another two weeks, by which time Austin Bidwell was in custody. Nor was anyone shot. In fact, Pinkerton really got his man by sowing doubts in the mind of his wife.

Jeannie Bidwell had never known what her husband had really been up to. The first she even learned of the great fraud was when American newspapers reported it. (It was to be headline news for weeks on both sides of the Atlantic.) “Who had the audacity to rob the Bank of England!” she exclaimed. “He ought to have a whipping!” Austin wisely said nothing. But when gossipy American expats asked who was behind it all, he smilingly conjectured that it was “some clever young scamp, with plenty of money of his own, who did it for the excitement of the thing and from a wish to take a rise out of John Bull”. Which, from such an incorrigible liar, wasn’t too far from the truth for once.

However, by the time Pinkerton met Jeannie in April 1873, her world had fallen apart – as we can see from hitherto unknown letters to her mother. “One evening we were romping, Austin and I, and a knock came very loudly,” she wrote. After opening the door, “in walked the [local] police”. By the time Pinkerton arrived, and it was left to the detective to explain Austin’s actions – and indeed to embellish them, with tales of bigamy and what Jeannie called “all those other women”.

When Jeannie reproached her husband with this in a letter to his cell, he replied: “Those children of mine and the wife that the detective spoke to you of are my brother’s property. You must allow yourself, dear, that if I was a father at twelve years of age, I began very young.”

Still, Pinkerton became a canny go-between, reading and copying their correspondence – which also revealed beyond any doubt that members of the New York Police Department were involved with the gang. Pinkerton himself promptly arrested a suspected New York “swell thief” who had come as an emissary from the underworld to spring their ally.

What then played out was a game of cat and mouse – and not just in Cuba. George Bidwell 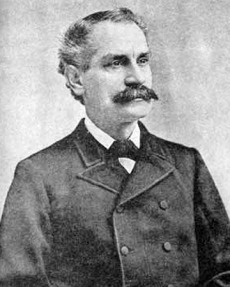 (left)– a baleful influence on his brother – had what he later termed “a series of the most extraordinary adventures” across Ireland and Scotland (“a hell’s chase, and no mistake”) before lapping up the attention at his subsequent trial. Another of the gang, George Macdonnell (“a debonair scoundrel”) made it across the Atlantic where he handed his spoils to corrupt NYPD detectives. “I’m clean,” he taunted Pinkerton’s operatives. “You can’t prove anything on me.”

But Austin was dealing with more than just Pinkerton. As his nemesis – to quote the Bank’s solicitors, Freshfields – an “adversary whom the forgers had least of all suspected had sprung up: that is to say, [his] mother-in-law”.

Though she had reluctantly attended the Bidwells’ wedding, Mrs Devereux actually fainted during the ceremony and was certain that her son-in-law was up to no good. So when the police alerted the London press that Mr Warren/Horton had been “accompanied by a young woman 18 to 20 years, looks younger with golden hair”, Mrs Devereux knew perfectly well who that was and went to the nearest solicitors. Before long, a letter from Jeannie to her mother with a St Thomas stamp arrived, the search zeroed in on the Caribbean, and Pinkerton learned of a glamorous young couple who had recently arrived in Havana. An “all points” bulletin, issued on the evidence of Jeannie’s mother, led to Austin being put under guard. By the time he arrived in Cuba, Pinkerton was certain the authorities had been bribed to look the other way. Austin Bidwell had been allowed to spend the first night of his detention in his luxurious hotel, the Telegrafo. And when the police moved him to barracks, they failed to search him, provided him with gourmet meals and let him receive visitors. Pinkerton knew well what his quarry was capable of. Indeed, over Easter, Austin escaped, and he was only apprehended after crossing swords with a Cuban captain, some 50 miles from Havana.

In Austin Bidwell’s version of the escape, he had made a dramatic leap from a balcony into the crowded street below. As Pinkerton determined, the fall would have killed him, and he had simply bribed his warders. But then, money – and the want of it – was at the heart of Bidwell’s story. And even in what the Lord Chief Justice later described as “the most remarkable trial that ever occurred in the annals of England”, scant attention was paid to the human cost, certainly by the criminals. Both Bidwell brothers were sentenced to life with penal servitude (though they were released in the 1890s). And George later noted they had left behind “no ruined widows and orphans to linger out the remainder of their blighted lives in poverty”. Which was not quite true. 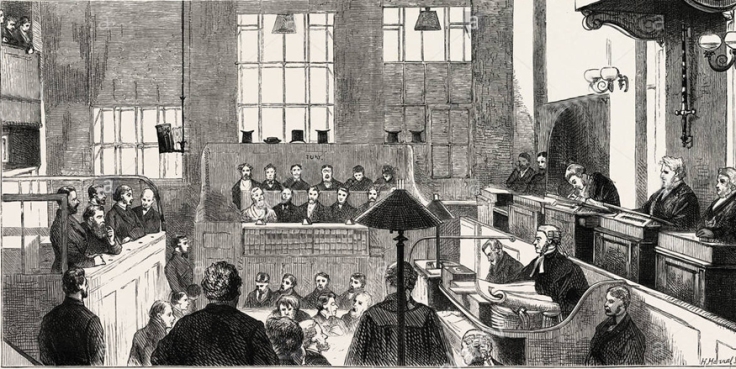 Jeannie endured a terrifying episode on the Bidwells’ return to London in May. (Austin was consigned to Newgate jail; she went back to her mother.) Having become pregnant in Cuba, one evening in September she went into labour. A little girl briefly came into the world and moments later passed away, while Jeannie herself nearly died. The dead infant was wrapped in a night shirt and dispatched by carriage to an undertaker, chosen at random from a directory. This was technically illegal, as she had not obtained a death certificate, and the police soon traced the unfortunate family.

Two weeks later, Jeannie Bidwell was arrested and taken to Bow Street Magistrates Court. Because she was so young and ill, and had already suffered so much, there was a great deal of sympathy. Jeannie’s mother – “a well dressed woman of respectable appearance” in one report – and a servant were also placed in the dock. All three were bailed but at the start of October, their cases were dismissed.

Wiser and cooler heads had prevailed. For once, the Victorian legal system was compassionate and realised that the poor girl had suffered enough. While Austin Bidwell found it amusing that he had embarrassed the Old Lady of Threadneedle Street (above)  by holding “up to the laughter of the whole world its red-tape idiotic management”, poor Jeannie Bidwell was sent to a workhouse in nearby St Giles, becoming the one indisputable victim of the greatest ever forgery in history.

The article first appeared in The Independent in 2015,
and is used with the permission of the author