CITY OF THE DEAD

CITY OF THE DEAD . . . Between the covers

This is another case for psychologist  Professor Alex Delware and his buddy, LAPD cop Lieutenant Milo Sturgis. As ever, the book is brimming with all the joys of Californication – fake lifestyle gurus, washed-up former pop stars, bent lawyers, damaged families and dead bodies – always plenty of dead bodies. The first of these is of a young man, stark naked, who – in an apparent psychotic episode – runs out from a house in a smart district in the LA suburbs, at 4.00am – and straight into the side of a moving truck. Instant fatality.

When the cops investigate the house from which the young man ran, they find the second corpse of the morning, with her throat slit. She is – or rather was – Cordi Gannet. She made a decent living producing lifestyle videos for YouTube, full of cod psychology and trite advice about life improvement strategies. Her psychology degree was apparently bought mail-order from an on-line university, and when Alex Delaware gets to the scene with Milo, he remembers that he was once involved in a child custody case where Cordi Gannet was introduced as an expert witness – with disastrous consequences.

They soon find that Cordi Gannet’s family background was suitably California Chaotic – no known father, a mother who scraped by waiting tables until she got lucky and married an affluent surgeon. As for the young man, after much tail-chasing they learn that he was a harmless and affable young hairdresser who had something of a ‘gay-crush’ on Ms Gannet with all her pan flutes and whale songs, but had no obvious enemies.

The investigation meanders, slows – and then grinds to a halt. Delaware and Sturgis are sidetracked by another murder – the killing of a violent testosterone-fueled bodybuilder whose onetime business partner was a former adversary of Delaware’s in the family courts. This one they manage to crack, but it is not until Delaware goes back to the day job and begins consultation sessions with another pair of warring parents – one of whom was a  near neighbour of Cordi Gannet, that the breakthrough comes. 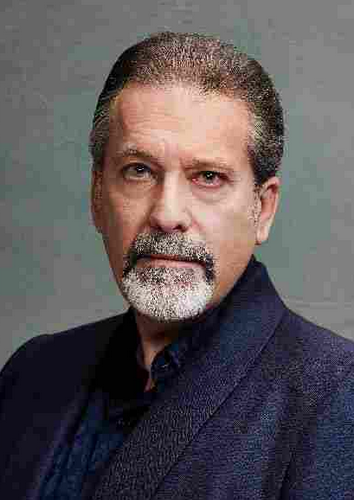 Watching the Delaware-Sturgis partnership work on a case is fascinating. Yes, by my reckoning this is the 37th in the series. No, that’s not a typo. Thirty seven since their debut in When The Bough Breaks (1985). 1985. Blimey. Amongst other ground-breaking events in that year, I read that Playboy stopped stapling its centrefolds, the first episode of Eastenders was broadcast, and Freddie Mercury stole the show at Live Aid. But I digress.

There are no surprises in City of The Dead, at least in terms of the personal dynamics between the investigators. Delaware is super-cool, Sturgis has zero dress sense and is inveterate fridge raider, and the pair never really get ‘down and dirty’ with the criminals they hunt. In spite of the familiar formula, this is still a cracking read and cleverly plotted, with Kellerman (right)  setting several snares for the unwary reader. City of The Dead is published by Century, and will be available from 17th February.

TS Eliot thought that April was the cruelest month, but I reckon he was wrong. I’ll go for January, every time. The joys of Christmas are reduced to a few deflated plastic Santas, only the last dregs of that litre bottle of Baileys remain and – for some – a reckoning with a credit card provider awaits. Yes, the days are getting longer, by tiny increments, but the metaphorical rebirth that Spring brings seems an age away. Thank God, then, for books. I am grateful to publishers and publicists for these arrivals:

THE LENSKY CONNECTION by Conrad Delacroix

This political thriller is set in the uncertain days of post communist Russia, when the old certainties – grim as they were – were being replaced by a power struggle between oligarchs, gangsters, and those who hedged their bets as to which new power group was most likely to succeed. Major Valery Grosky is a Federal Security Bureau officer fighting organised crime, but when he is pulled off normal duties to build a case against one of the oligarchs, he finds links that run between the most powerful politicians in both Russia and America. This dangerous knowledge plunges Grosky into a fight to save not only his career – but his life. The Lensky Connection is published by Matador, and is available now.

There can’t be too many books where bees are the main characters. I seem to remember that in A Slight Trick of The Mind, a Sherlock Holmes homage from Mitch Culln, bees played a pivotal part, but this novel is centred on a criminal conspiracy involving the death of bee colonies and the attempts of a research entomologist Dr Annie Abrams to prevent an ecological disaster. To enter a prize draw to win a copy of the book, go to April Doyle’s Twitter page which is @aprilcdoyle. This will be out on 28th January and is published by The Book Guild.

THE DIGNITY OF SILENCE by June Felton

This book begins in the turmoil of Prague in 1942, where the every breath taken and every move made by the Czech people are controlled by their Nazi masters.  Ernst – and his daughter – have managed to escape to London, but the ensuing years only enhance the sense of guilt he feels, and when he finally returns to the city of his youth, old grievances and bitter memories threaten his sense of himself, and what he once was. Also published by The Book Guild, The Dignity of Silence is out now.

ONE STEP TOO FAR by Lisa Gardner

Sometimes, being a book reviewer feels like wading through a fierce, tugging torrent of flood water. Make a wrong step, and you are done for. Fortunately, there are some authors who provide rock-solid and reliable stepping stones, and Lisa Gardner is one such. Her latest novel is the second in the Frankie Elkin series, following on from Before She Disappeared. You can read my review of that here, but now Frankie returns to discover the truth about a young man who disappeared years ago during a stag weekend. As Frankie and the missing man’s friends try to retrace his steps, they are unaware that they are heading into deep trouble.  This is a Penguin book, and will be published on 20th January. (The cover image is the proof copy)

A FATAL CROSSING by Tom Hindle

This debut novel is set on a transatlantic liner travelling to New York in 1924.  The Endeavour has 2,000 passengers – and a killer – on board, as well as James Temple, a dtermined Scotland Yard inspector. When an elderly gentleman is found dead at the foot of a staircase, ship’s officer Timothy Birch is ready to declare it a tragic accident. But Temple is certain there is more to this misfortune than meets the eye. This is a must for those who like period CriFi and locked room – albeit of a nautical kind – mysteries. Published by Penguin, A Fatal Crossing will be on the shelves from 20th January. Originally from Leeds, Tom Hindle now lives in Oxfordshire, where he lives with his fiancée. He is Inspired by masters of the crime genre, from Agatha Christie to Anthony Horowitz.

CITY OF THE DEAD by Jonathan Kellerman

I don’t know why I should term this “a confession”, but I absolutely love the Alex Delaware/Milo Sturgis novels. More erudite reviewers than I might scoff and summon up metaphors of comfortable slippers and cardigans, but they can go forth and multiply. Yes, there is a formula. Yes there are a several well-worn-grooves, like Milo’s gayness, his gluttony, Alex Delaware’s girfriend’s luthier skills, and the ever-present bloody dog, but the books are superbly written, and Kellerman deserves all the success that comes his way. Here, a corpse discovered almost by accident in a wealthy LA suburb proves to be a professional colleague of Alex, and the case takes on a disturbing – and deeply dangerous aspect. This is also from Penguin, but you will have to wait until 17th February to get your hands on a copy.

AND ON MY KINDLE

A new book from Chris Nickson is always a joy, even if the times and circumstances he writes about are seldom a cause for celebration. His cerebral connection with the downtrodden and exploited people who once walked the streets of his native Leeds is almost tangible, and here his words burn white hot as his Georgian thief taker – Simon Westow – becomes involved in several cases at once. He is determined to avenge two boys brutalised in a local mill, while also trying to solve the mystery of a corpse dragged from the local river, throat cut and minus a hand. All this while unwillingly coming to the attention of one of the richest – and most dangerous men in the city. Expect another star turn from the enigmatic – but deadly – assassin known only as Jane, as a ghost from her past threatens to disturb her fragile equilibrium. The Blood Covenant is from Severn House and is available now. Regular visitors to Fully Booked will know I am a great admirer of Chris Nickson. My thoughts on his books are here.