SO FAR –  Harbury, 1922. Rugby ne’er-do-well William Rider bigamously married Rosilla Patience Borton in 1918. As well as mistreating her, he has become  involved with her (under-age) sister Harriet. Rosilla has left the house in Pennngton Street, Rugby, to seek protection with her mother in the house at Binswood End, Harbury.

Rachel Freeman, Rosilla’s mother, hearing rumours that William Rider has been the seen the previous evening in the area, on the morning of Thursday 7th September had tried to make the house secure fearing that he was a threat. At the coroner’s inquest into the death of Rosilla, Mrs Freeman was questioned about her fears:

The next witness called was Harriet, who had been an apparently willing victim of Rider’s womanising. Despite the fact that she knew Rider had just murdered her sister in cold blood, she was what the papers called ‘a recalcitrant witness.’ 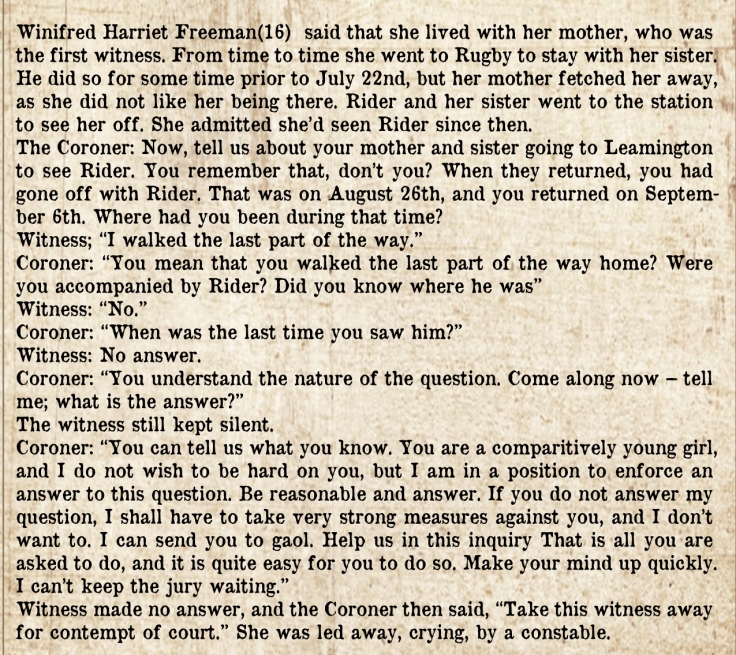 Rider claimed that he had taken the gun only to scare Rosilla into returning to him, and that it had gone off accidentally when she grabbed it in self defence. Rosella had been shot dead with a cartridge from a 16 bore gun. The medical examiner estimated that there were over one hundred pellets from the cartridge embedded in her skull. Neither the coroners inquest nor the magistrates’ court considered Rider’s version of events credible, and he was sent to face trial at Warwick Assizes in November. Meanwhile local papers covered the mournful event of Rosilla’s funeral. 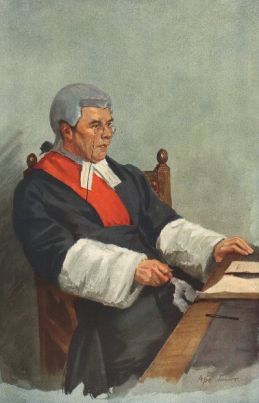 Rider’s trial began on Friday 17th November 1922. Mr. O’Sullivan and Mr. Bartholomew appeared for the prosecution, and Rider, who pleaded not guilty in a firm voice, was defended by Mr. Harold Eadon. In his opening address Mr. O’Sullivan, after outlining the facts of the case, submitted it was clear case of deliberate and premeditated murder. When Rider finally came to the witness box his story was that he had spent the night in the lavatory of the house, and had the gun so he could go out in the morning to shoot rabbits. He said that he went upstairs to see Rose, and she made a gesture from the bed which he interpreted as her wanting him to kiss her. As he stooped down to do so, Mrs Freeman ‘mistaking his kind gesture as a threat’ sprang from her bed and tried to grab the gun, at which point it went off, killing Rosilla instantly.

As preposterous stories go, Rider’s was up there with the best, and the jury took little time in pronouncing him guilty, at which point the judge donned the black cap.

Presiding over Warwick Assizes that November was Montague Lush ( above left) Wikipedia says of him:

“He retired from the bench in 1925 due to deafness, and was made a Privy Counsellor the same year, although he never sat on the Judicial Committee of the Privy Council. Although highly regarded as a barrister, he was not a successful judge: he was said to be too diffident and sometimes let personal feelings influence his decisions.”

William Rider’s legal team may have sensed that Mr Justice Lush’s mediocre reputation  gave them a chance of overturning the death sentence. It was not to be. The appeal was made before The Lord Chief Justice, Gordon Hewart but, like the relatively lowly Southam coroner and magistrates before him, he believed that William Rider was, by the standards of the time, unfit to walk among his fellow men. Regional newspapers across Britain carried this simple story on Tuesday 19th December 1922: