BLIND JUSTICE . . . Between the covers 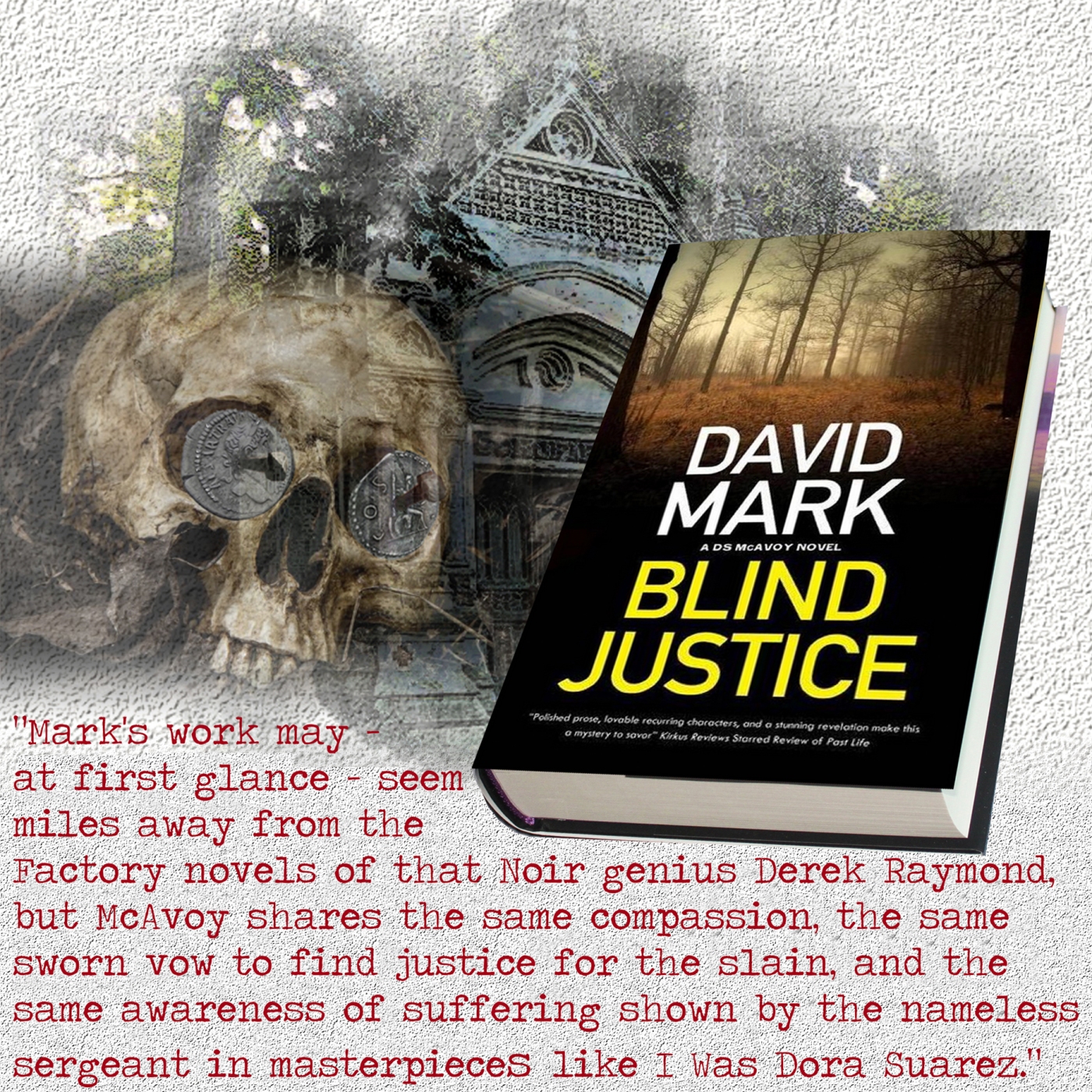 In the thirteenth episode of what is a genuinely impressive series, David Mark’s Hull copper Aector McAvoy returns, along with the established cast – his wife Roisin and their two children, and his boss, Detective Superintendent Trish Pharoah. McAvoy is, as the name suggests, a Scottish exile, and he is built like the proverbial brick you-know-what. Despite his forbidding appearance, McAvoy is a peaceable and studious man, shy with other people, but perceptive and with an attention to detail that matches his formidable appearance. 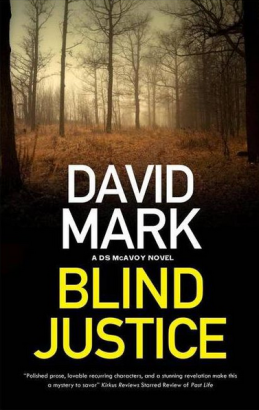 The book begins with a flashback to an attempt by young men to carry out what seems to be a robbery in an isolated rural property. It ends in horrific violence, matched only by the destructive storm that rages over the heads of the ill-advised and ill-prepared group. Cut to the present day, and another storm has lashed Humberside, bringing down power lines, flooding homes, and uprooting trees. One such tree, an ancient ash, reveals something truly awful – a human body, mostly decayed, entwined within its roots in a macabre embrace.

McAvoy is called to the scene, and it doesn’t take too much evidence – in this case a pair of fashionable trainers – for McAvoy to deduce that this body has been put into the ground in living memory. What is astonishing, however, is that two Roman coins have been nailed into the victim’s eyes. The gentle policeman can only hope and pray that this act was not done while the victim was still alive. To make matters more disturbing, the fragile bones of two babies are also found.

The body is soon identified as that of a university student who went missing in the 1990s, but what on earth was he doing in this remote spot, and who had cause to kill and maim him in such a fashion? The owners of the adjacent property are interviewed, but add nothing to the investigation. Pharoah and McAvoy discover that the case may be linked to the trade in ancient artifacts discovered by illegal metal detectorists – nighthawks – and there is disturbing evidence that a notorious Manchester gangster – convicted of horrific torture just a few years earlier – may be involved on the fringes of the case.

David Mark (right) writes with a sometimes frightening intensity as dark events swirl around Aector McAvoy. The big man, gentle and hesitant though he may seem, is, however, like a rock. He is one of the most original creations in a very crowded field of fictional British coppers, and his capacity to bear pain for others – particularly in this episode his son Fin and Trish Pharoah – is movingly described. Mark’s work may – at first glance – seem miles away from the Factory novels of that Noir genius Derek Raymond, but McAvoy shares the same compassion, the same sworn vow to find justice for the slain, and the same awareness of suffering shown by the nameless sergeant in masterpieces like I Was Dora Suarez.

The terrifying climax to Blind Justice is also straight out of the Derek Raymond playbook and is not for the squeamish, but vivid and visceral. Where David Mark does differ from his illustrious predecessor is that he allows McAvoy the redemption and respite denied to Raymond’s sergeant with his dead child and mad wife, and it comes in the shape of his intriguing part-gypsy wife and their children.

If I read a better book all year, be sure that I will let you know. Blind Justice is published by Severn House and will be out on 31st March.