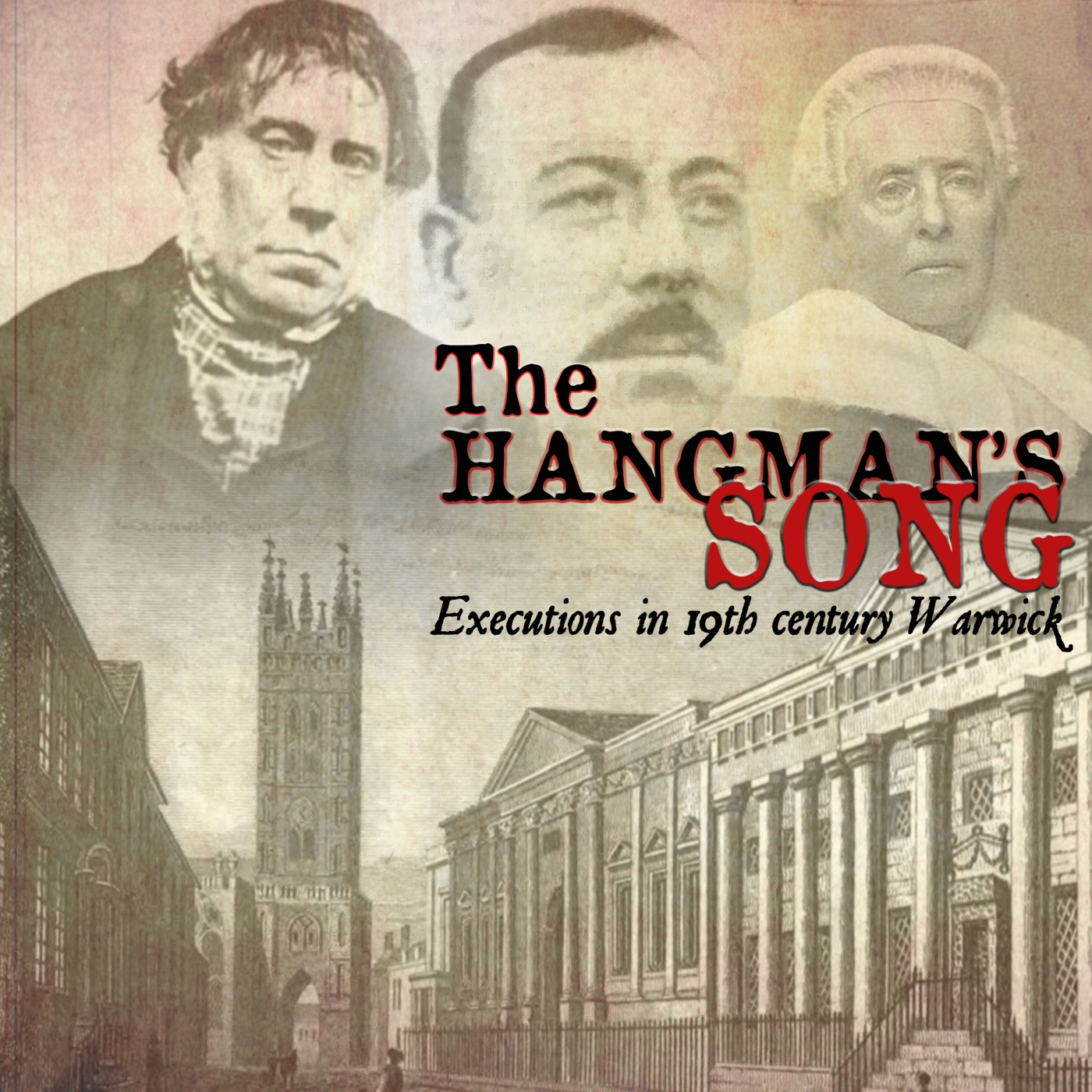 I was at Warwick School in the 1960s, and our regular cross-country running route was up Gallows Hill, which runs between the Banbury Road and Heathcote Lane. It is certain that it was a place of execution long ago, but my story here is about relatively more recent times when executions at Warwick Gaol were a source of great entertainment for the population. The gaol was situated in what is now Barrack Street, and was rebuilt on that site in the late 18th century. You could be executed for all manner of crimes back in the day (see closing paragraphs of Part Two) but I am focusing on several executions for murder which were carried out between 1820 and 1900.

To be a parent and have to suffer the pain of having one of your grown-up children executed for murder must be considered, at the very least, unfortunate, but to have two offspring die in the same way is a tragedy. Such, however, was the fate of a Mrs Heytrey, a widow living in Charlecote. Her daughter Ann, 21, was a servant in the house of Mr and Mrs Dormer who lived at Dial House, Ashow (above). On the evening of 29th August 1819, while other members of her family were out for a walk, Mrs Sarah Dormer was sitting in a chair, reading. For no apparent reason, and without any provocation, Ann Heytrey came up to Mrs Dormer and punched her hard on the head, knocking her onto the floor. Dazed, Mrs Dormer staggered upstairs, but Ann Heytrey, wielding a large kitchen knife followed her, and slit her throat from ear to ear.

When the family returned, they found Heytrey “in a great state of perspiration” with blood on her apron. Mrs Dormer’s body was discovered, Heytrey was arrested and duly tried for murder and Petty Treason – the crime of violating the authority of a social superior. She was found guilty and, as decreed for any crime of treason, bound to a hurdle (a kind of gate woven with sticks) which was then drawn by a horse to the place of execution. She was hanged in front of Warwick Gaol on 12th April 1820, and a final indignity was visited on the hapless woman’s body in death, as while her body was still warm, it was cut down and sent to Kenilworth to be dissected by doctors. The travails of her mother in Charlecote were not over, however.

On 14th April 1821, the Warwick crowd was entertained by a quadruple hanging. Henry Adams, Thomas Heytrey (brother of Ann), Nathaniel Quinney and Samuel Sidney had been convicted of the murder of a wealthy landowner, Thomas Hiron, in November the previous year. The reports of the killing were sensational:

“On Saturday, the 4th instant, at an early hour in the evening, a ferocious and murderous robbery was committed within a few miles of the borough of Warwick, upon Mr. William Hiron, a gentleman residing at Alveston, about two miles from Stratford-upon-Avon. The deceased had on that day dined with his nephew, Mr. Thomas Hiron, surgeon, of Warwick, and set out from his house, to return home, about seven o’clock. Between seven and eight the next morning, Mr. Hiron’s horse was found at the stable door, when search was instantly made after its master.”

“”On the road leading from Wellesbourne to Alveston, near to Little Ham Bridge, about half mile from the house, his keys, gloves, and stick, were found upon the ground, near to which lay a quantity of blood. A short time afterwards the unfortunate gentleman was found lying in a senseless state, without his hat, in a deep ditch in Hunscott Lane, by a woman who was passing that way. She immediately procured assistance, and he was conveyed home. It is supposed that he had been attacked by some villains at the place where the blood, and other articles belonging to him, were discovered, and that, after beating him about the head in a most dreadful manner, they had robbed and then left him. It was also supposed that Mr. Hiron, after lying some time, recovered a little, and had attempted to find his way home, but, from the state of confusion which he must have been in from the nature of his wounds, instead of taking the road for Alveston, went towards Charlecote, and becoming faint from the loss of blood, had fallen into the ditch. The deceased, we most sincerely regret to add, lingered till Tuesday night, nearly in a senseless state, and then expired. His executors immediately offered a reward of two hundred guineas to any person who would give such information as should lead to the conviction of the offenders. Four men were apprehended in the neighbourhood of Alveston, on Thursday, on suspicion of having committed the murder, and, it is added, that they have confessed the horrid deed.

The account of the closing day of Warwick Spring Assizes for 1821 begins with this:

“Thursday was principally occupied with the trial of Quinney, Adams, Heytrey, and Sidney, for the murder of Mr. William Hiron, in the parish of Alveston On the 7th November last. lt appeared in evidence that Mr. Hiron had been in Warwick on the day in question, to give his vote to Mr. Lawley in the late county election, and left that place about eight o’clock in the evening, on his return home. When he got to Little Ham Bridge, six miles from Warwick, and about half mile from his mother’s house, the prisoners attacked him, put a large hook, in the form of a shepherd’s hook, round his body and pulled him off his horse. Mr. Hiron sprung upon his feet, when three of them attacked him. (Heytrey being hid behind the hedge) and beat him with large bludgeons until he was senseless. They then robbed him of two or three pound notes and his pocket book, and left him in the road to all appearances dead. Mr. Hiron, in the course of the night, recovered a little, got up, and endeavoured to go home, but missing his way, he went up Hunscott lane, where fell into a ditch. In this situation, nearly senseless from his wounds, loss of blood, and cold, he was found about eight o’clock the next morning, lying upon his back. The prisoners had made separate confessions before the coroner, Mr. Hunt, acknowledging the murder, and the part each of them had taken in the barbarous deed. These confessions, added to the corroborative evidence given by the respective witnesses, left no doubt whatever in the minds the Jury, or on a very crowded Court, of their having committed the murder. The Jury found them all guilty, and in pursuance of their sentence the unhappy men underwent the dreadful penalty of the law shortly before twelve o’clock on Saturday morning.”

As a sad postscript, it was reported that Mrs Heytrey had “died of a broken heart” even before her son had breathed his last.

IN PART TWO …. The last public hanging and a new gaol