OUT FOR BLOOD . . . Between the covers 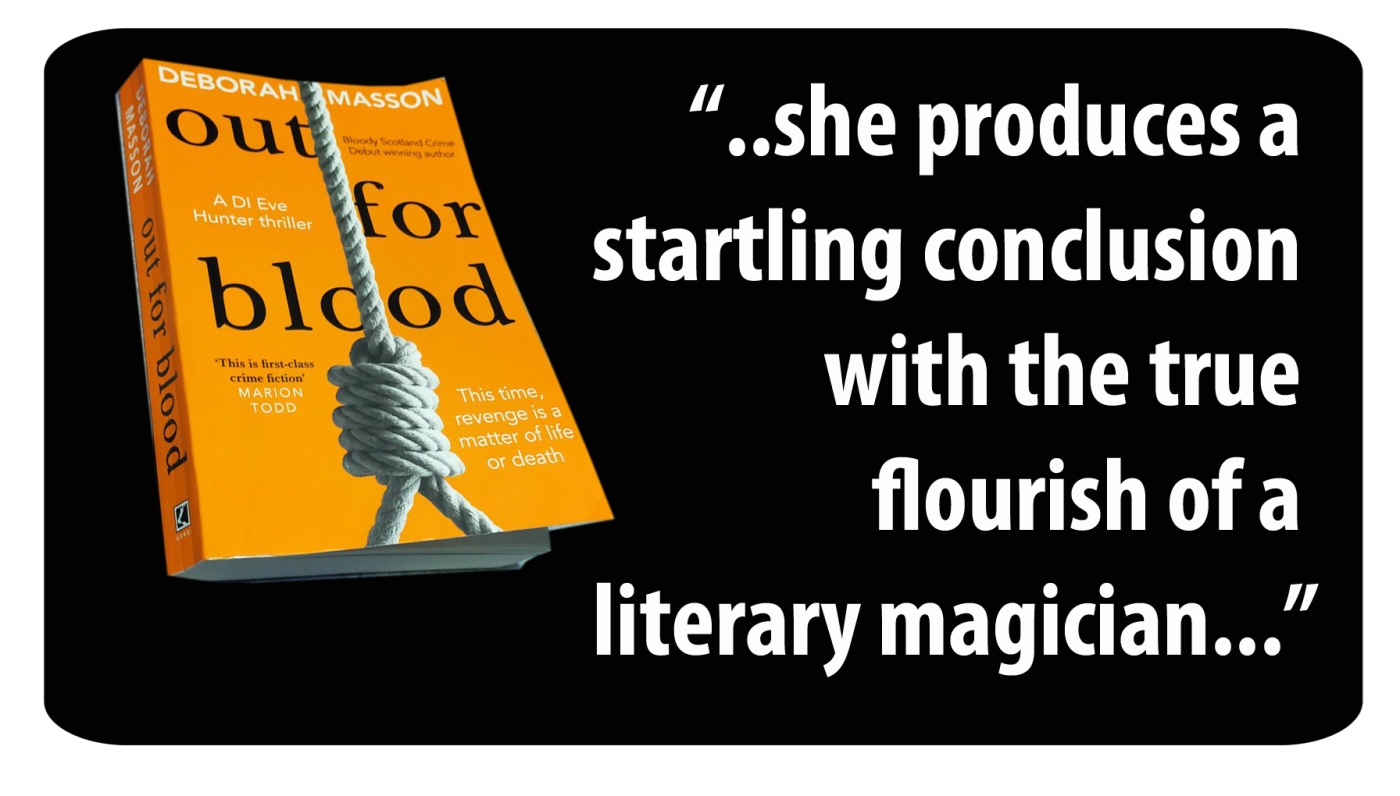 Aberdeen, Scotland.The Granite City. To say that Police Scotland’s DI Eve Hunter has baggage would be something of an understatement. Physically and mentally damaged by a ruinous encounter with a notorious crime family, she is only allowed back to work on the understanding that she undergoes tortuous (for her) therapy sessions with Dr Shetty, the police psychologist. We first met Hunter in Hold Your Tongue, and you can read that review by clicking the link. 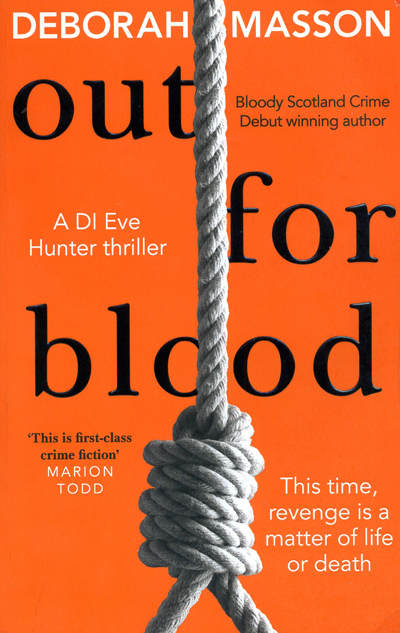 We start with two corpses. One is an unidentified young woman, strung up by her neck to a tree on a golf course. The other, a young man, is found in more comfortable surroundings – his flat – but he is equally dead. As Hunter’s team begin to investigate the cases it seems that they could not be further apart. The dead man is an old boy of one of the area’s most prestigious independent schools, and has a rich father. The girl, however, is an Eastern European prostitute. Links between the two deaths slowly turn from gossamer to steel. Was one using the other? Is it that simple? Why do the names of powerful local figures crop up over and over again on the peripheries of the case?

In some ways we are on familiar territory here. We have the classic police procedural trope of the tired and overworked detectives trying to keep their family lives on track, while still having to give everything to ‘the job’. We have some coppers who are, if not actually corrupt, downright idle, their only concern being how to protect their pension Somehow, these stresses and strains of police work come over as fresh and as harrowing as if it were the first time we had read them.

This is not the first novel in recent years to highlight the deeply unpleasant trade in human lives carried out by Eastern European criminals. I live in a town where it happens, and nothing Deborah Massen (below) has written here is in any way exaggerated or fanciful. She vividly portrays the brutality of the men – and women – who run the rackets, and the misery of the girls who become enslaved.

Masson showed in her previous book that she has a talent for having her police characters (and with them, we readers) pursue one line of enquiry, convinced that solution can only lie in that single direction, only for events to take a startling turn in another direction altogether. In proving that we are all wrong, and making the plot twist plausible, she takes a great risk, but I have to say her gamble pays off, and she produces a startling conclusion with the true flourish of a literary magician. Out For Blood is available in Kindle from Transworld Digital now, and will be out in paperback under the Corgi imprint on 10th December.