KEEP HIM CLOSE . . . Between the covers

Keep Him Close is quite an apt title for Emily Koch’s second thriller. The key word is ‘close’ as the whole story has the feel of events and emotions being observed at very close quarters, almost through the lens of a microscope. We see every little twitch and tremor in the lives of the two main characters, and the tension is quite claustrophobic at times. Two women. Two mothers. Two lost teenage sons. Alice’s son Louis is now in a police mortuary after falling – or having been pushed – from the roof of a car park. Indigo has, effectively lost Kane, but this time to the criminal justice system as he awaits trial for murder, after he admits responsibility for Louis’s death.

The two women have little in common except the convergence of the social lives of their sons and the fact that neither has a husband in the house. Alice was married to Etienne, but he is long gone, having fallen in love with someone else. Indigo’s husband took his own life. Indigo is what some might call an ageing hippy. She dresses rather chaotically and earns a living as an art therapist. Alice once had dreams of being a concert pianist, but now works as a librarian. She has a certain primness associated – rightly or wrongly – with that profession. Let us be generous and say that Alice appreciates order and method.

What began as a night out for post-exam teenagers ends with the dreaded late night knock on the door by police officers and expands into a nightmare as Alice and older son Ben try to come to terms with the death of Louis, while Indigo can only look on in confusion as Kane is, first, identified on CCTV as someone who the police would like to speak to and, second, blurts out his guilt in a police interview room.

Where the story develops its edge is when Indigo – something of a flustered airhead when it comes to technology – goes to the local library to use one of their computers. By investigating Kane’s social media activity she hopes to locate other youngsters who were witnesses to the apparent fracas which ended with Louis plunging to his death. Who should be the kindly library assistant who helps Indigo check her son’s Facebook profile? Why, none other than Alice! The frisson starts to do its shivery work because Alice recognises Indigo, but Indigo has no idea of the identity of her helper.

There are one or two sub plots by way of diversion. Former hubby Etienne turns up, we suspect that the police have been less than thorough in their investigation and we are given to wonder if Ben knows more than he is telling. We only meet the soon-to-be-late Louis in the early pages, and while he comes over as not being the most adoring of sons, we later learn the reason for his apparent antipathy. 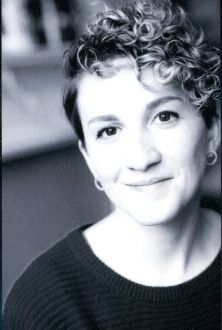 The structure of the book is intriguing; we learn about the contrasting characters of Alice and Indigo in different ways; Alice’s story is told third-party, while Indigo tells us herself. This has the effect of making Alice more aloof and remote, and is a clever device which hints she is somewhere on the autistic spectrum.

Emily Koch (right) ratchets up the social and emotional tension as Alice and Indigo dance their stately sarabande to the tune of the legal recriminations following the tragic conclusion of what may have been just a drunken scuffle – or something far more sinister. This book is a must for those who like their psychological dramas acted out on a small stage but exquisitely observed. Keep Him Close is published by Harvill Secker and is out in Kindle on 12th March and in print on 19th March