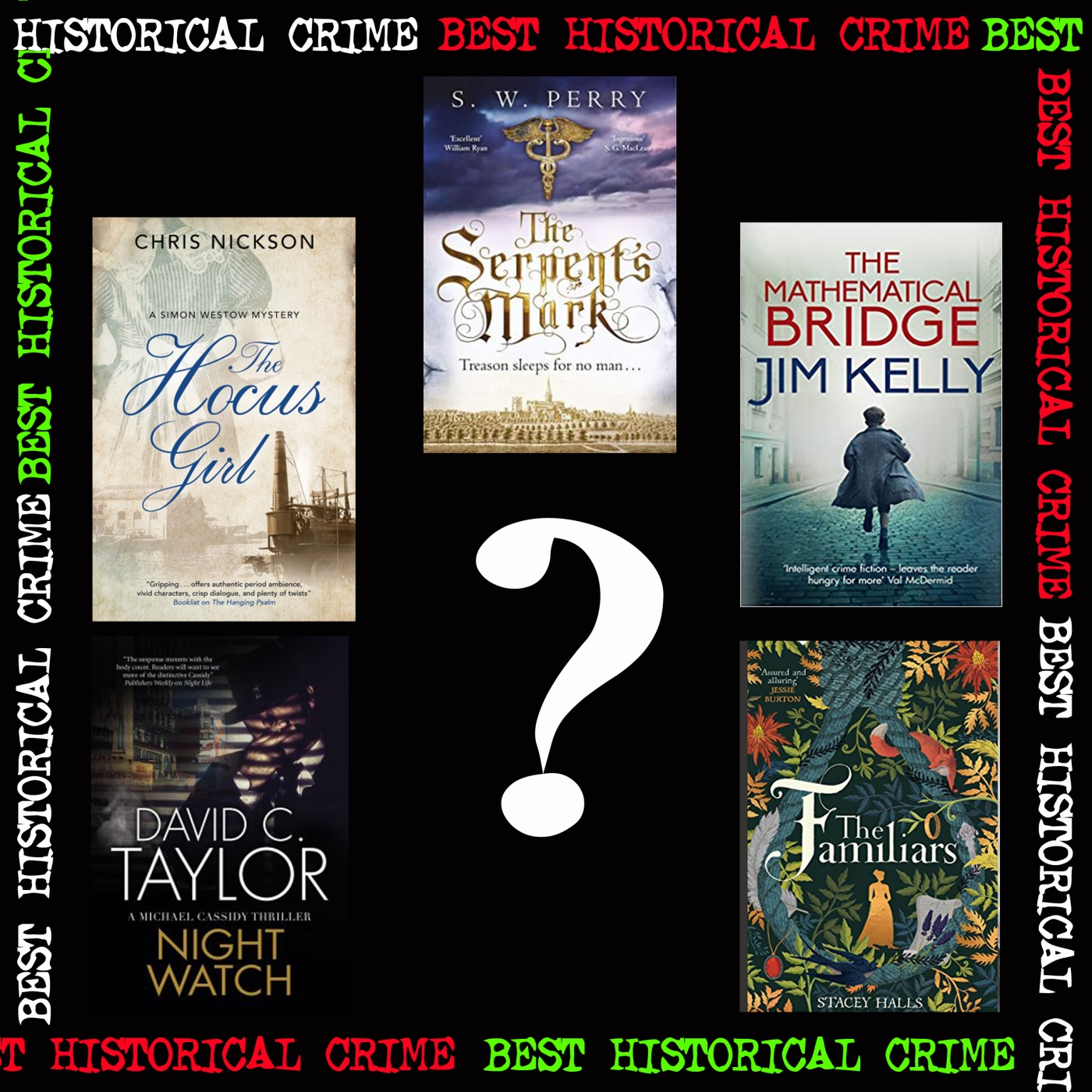 I have always been a fan of historical fiction and, more recently, crime fiction set ‘back in the day’. Sadly, there are those writers whose thirst for period accuracy produces lavish costume drama at the expense of a decent plot and good storytelling. Happily, the five books on my 2019 shortlist don’t fall into that trap – take a look, and if you haven’t read them yet, do so – you won’t be disappointed.

The Familiars by Stacey Halls was one of the publishing successes of 2019, and rightly so. The evocative visual presentation was matched by superb writing and the conviction of a natural storyteller. The story is not a conventional crime mystery, but involves suspicion, injustice, intrigue, political chicanery and personal bravery. We are in rural Lancashire in the early years of the seventeenth century and young Fleetwood Shuttleworth has been married off to a wealthy landowner. Far away in London, King James is obsessed with a fear of witches and daemons, and those anxious to please His Majesty are falling over themselves to demonstrate their loyalty. Fleetwood’s new home, Gawthorpe Hall, sits under the looming Pendle Hill, and all around the district, harmless old women – and some not so old – are being rounded up as witches. Fleetwood is under pressure from husband Richard to provide a male heir and when, after several miscarriages, she seeks the help of a young peasant midwife, Alice Gray, her actions put her in direct conflict with the King’s men.

Chris Nickson’s historical novels may be narrow in geographical scope – they are mostly set in Leeds across the centuries – but they are magnificent in their emotional, political and social breadth. In The Hocus Girl, we meet Simon Westow who earns his living as a thieftaker. In America they still have them, after a fashion, but they call them bail skip tracers, or bounty hunters. Leeds in the 1820s had no police force except inept and frequently infirm Parish Constables, and so thieftakers pursued criminals on commission from victims of crime. Westow has a formidable ally in the shape of a teenage girl called Jane. Sexually abused as a youngster, she is ruthless and streetwise, and God help the man who mistakes her for a waif. Westow and Jane have a different kind of fight on their hands here, as they try to prevent a campaigner for social justice being sent to the gallows by political conspirators.

SW Perry has written an excellent thriller about religious extremism, media manipulation and political treachery. The fact that The Serpent’s Mark is set in Elizabethan London rather than 2019 can only make the reader wonder at how little things have changed. Nicholas Shelby is a physician who, despite his relative youth, has served on the battlefields of Europe and has emerged from a debilitating period of alcoholism caused by the tragic death of his wife and child. With many a real life character – including Robert Cecil and John Evelyn – making an appearance, Shelby becomes involved in a desperate affair which seeks to supplant Queen Elizabeth herself with a hitherto unknown child of Mary Tudor – and return the land of Gloriana to the old faith, Roman Catholicism. 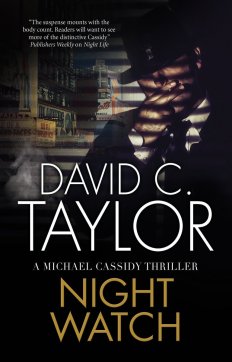 For all that the era was in my lifetime, the 1950s may just as well be the 1650s given the gulf between then and the modern world. In Nightwatch David C Taylor takes us back to New York in 1954, and we follow a convincingly tough and hard-nosed NYPD cop, Michael Cassidy, who becomes involved in a case which is way, way above his relatively humble pay grade. There were many former Nazis who escaped Nuremburg and had vanished into the ether by 1954 and although many of them were undoubtedly bastards, the sinister folk in American intelligence agencies gave them a lifeline by making sure that they became their bastards. Awkwardly for the CIA, there were also survivors of Hitler’s death camps who had made their way to America, and although they may have been scratching a relatively meagre living, they still had access to information and a burning desire for revenge. Cassidy battles both the indifference of his bosses and the unwanted attention of some very powerful people as he tries to solve a series of murders and make his streets a little less mean.

Click the text image above to link to my review of The Mathematical Bridge.