CHILD’S PLAY . . . Between the covers 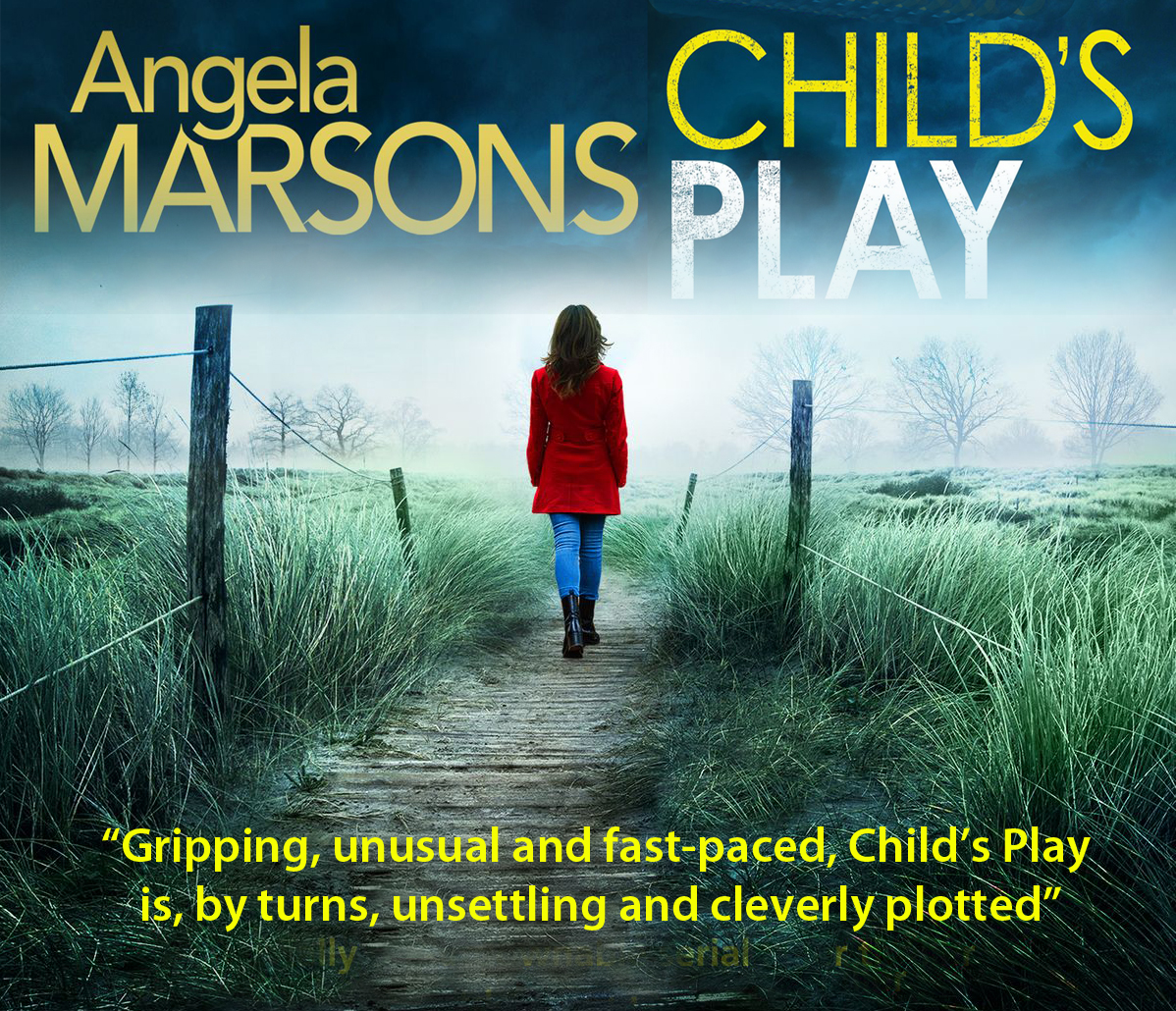 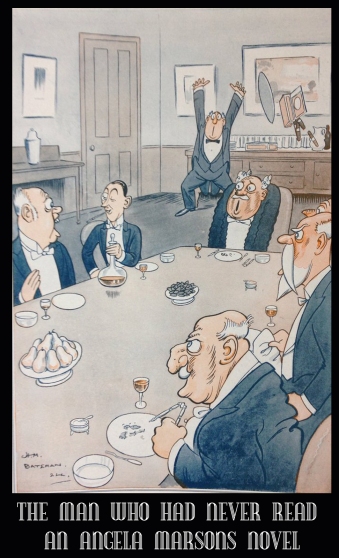 I’m new to the Angela Marsons Kim Stone series, which is good a cue as any to adapt a cartoon by one of my favourite illustrators, HM Bateman. It is clear that the Kim Stone novels, which began in 2015 with Silent Scream are hugely popular and although her millions of existing readers will not give a hoot what I think, I can now see why.

The author hails from the Black Country, that wildly unfashionable area west of Birmingham, which takes its name from the prodigious amounts of soot generated by its heavy industries in times past. Geographically it includes parts of Staffordshire and Worcestershire. Beyond place names, Marsons doesn’t make the region a dominant character in Child’s Play, at least not in the same way that, say Chris Nickson uses Leeds or Phil Rickman uses the Welsh Marches.

Kim Stone, like the great majority of popular fictional British police officers, has issues. Marsons is too good a writer to include Stone’s complete biography, but we learn that she had a wretched childhood. In both fiction and real life I am never really sure about people who relate better to dogs than they do to fellow humans, but such folk exist in both spheres. Kim Stone is one such, but her general misanthropy probably makes her a better copper. She is a fascinating and complex character who is at home the random chaos of modern life, perhaps because she can escape, maybe from herself:

“She drew comfort from the familarity of town noise, even the late-night noise of occasional sirens, doors slamming, loud music through open windows, drunks singing on the way home from the pub, wives giving them what for once they got there.” 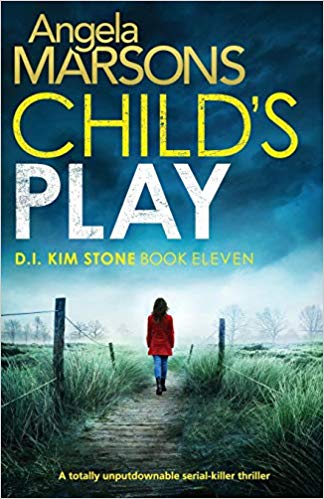 Unsurprisingly, her chosen mode of transport is a powerful Kawasaki motorbike, the ultimate solo kick where all that exists is the rushing road, the wind and the scream of the engine:

“Her only interest in the countryside was tearing through it on the Ninja to blow the cobwebs from her mind.”

Child’s Play begins with the bizarre and apparently motiveless murder of a woman in her sixties. Belinda Evans is found in a children’s playground, bound to a swing with strips of barbed wire. Belinda – and apologies to people who have never watched Coronation Street – is no Emily Nugent, however, as Stone’s team soon discover that the late woman had a taste for rough sex and bondage.

As the title suggests, there is a theme of childhood running through this intriguing police procedural. All kinds of childhoods. The ones where youngsters are sufficiently traumatised by events that they become mute and withdrawn, living in their own personal hell. The ones where parents seek to live out their own inadequacies through desperate and damaging over-encouragement of a child’s talent. Not just those screaming abuse at the world from the touchlines of a junior football game, but those who believe their children are gifted and talented above the norm, and push, push, push for more certificates, more acclaim and more vicarious satisfaction.

In a fascinating parallel story, one of Stone’s team, Penn, has to absent himself for the hunt for the killer of Belinda vans as he is a key witness in the trial of a man accused of killing a convenience store server. Minutes away from the jury retiring to deliver a nailed-on guilty verdict, the wife of the accused man changes her story and the prosecution case unravels at a frightening pace. 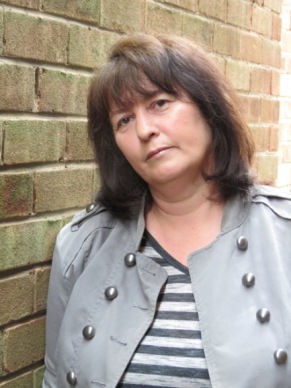 Marsons (left) takes us down and dirty into the visceral world of police work:

“It was the pungent, unholy smell that could only be compared to a room full of rotting meat with the added smell of faeces. It was an odour that could live in a house for years despite deep cleaning, and was unmistakeable as anything else other than a dead body.”

The drama finally plays out in the intense, other-worldly – and distinctly disturbing – world of a weekend event for Gifted and Talented children and their parents. Bryant, one of Stone’s team comes face to face with the scary world of youngsters who are on the Aspergers Autism spectrum:

“ ‘This seat taken, buddy?’ he asked a boy sitting alone with a book.
‘Taken where?’ he asked, peering over his reading glasses. ‘Do you mean occupied?’
‘I’m gonna take that as a no,’ he said, pulling the chair towards him.
The boy regarded him seriously and Bryant guessed him to be ten or eleven years old with fair hair and clear hazel eyes, enlarged by the thick spectacles.”
‘Is it appropriate for a middle-aged man to seek the company of an unattended child?’ the boy asked, seriously.”

Gripping, unusual and fast-paced, Child’s Play is, by turns, unsettling and cleverly plotted. It is published by Bookouture and is out now. 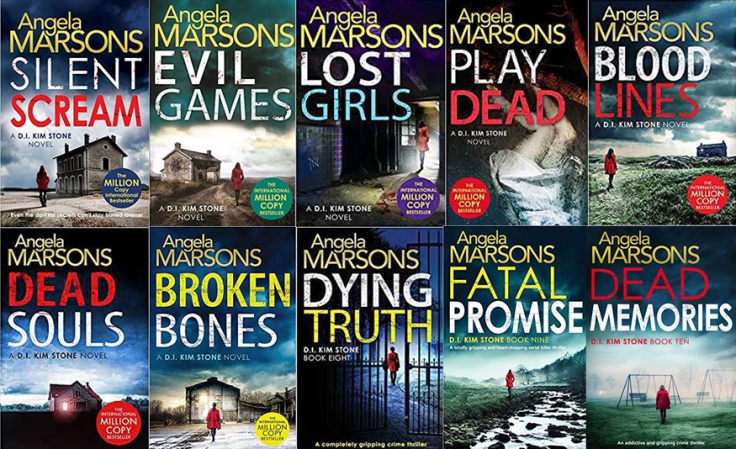