KEEP YOU CLOSE . . . Between the covers 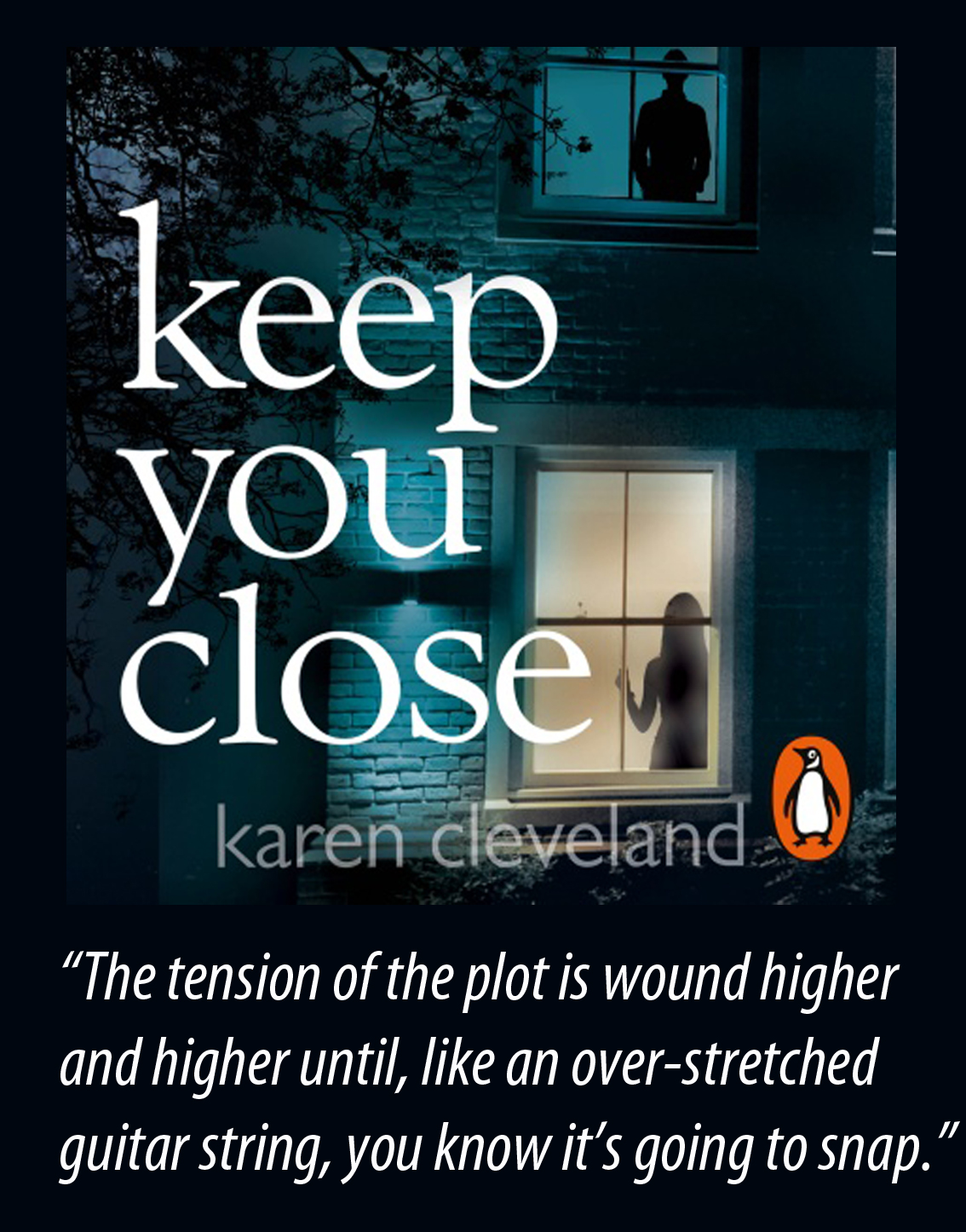 teph Maddox is something of an Alpha female. She has punched her way through the law enforcement glass ceiling during her training at the legendary Virginia military training base known as Quantico, and now she is a senior operative at the HQ of The Federal Bureau of Investigation which, as the organisation’s website tells us, helpfully, is:

“… located between 9th and 10th Streets in northwest Washington, D.C. The closest Metro subway stops are Federal Triangle on the Orange/Blue lines, Gallery Place/Chinatown and Metro Center on the Red line, and Archives/Navy Memorial on the Yellow and Green lines.”

The site goes on to offer a very individual kind of day out:

“The FBI Experience is a self-guided tour at FBI Headquarters in Washington, D.C. Open to the public, visits may be requested up to five months in advance of, but no later than four weeks prior to the desired visit date.”

For Agent Maddox, however, The FBI Experience is something other than a theme park visit. Gender equality has come at a price, and she is viewed with a certain degree of suspicion by many of her male colleagues, particularly as she is – and feel free to use the ‘woke’ description of your choice – a single mother, lone parent or head of a one-parent family. The blunt truth is that Steph has brought up Zachary largely on her own from day one. Not only that, but she has steadfastly refused to reveal the identity of his father.

Zachary is a walking embodiment of a male teenager. Monosyllabic, tech-savvy, frequently tongue-tied and often a recluse in his bedroom. As mums do, Steph is casually going through the things on his clothing shelves when her hand touches something which makes her recoil in horror. No, not a particularly nasty piece of unwashed personal attire, but the cold, brutal steel of a Glock 26 pistol – a compact version of her own official firearm.

To say that Steph is now unsettled is a massive understatement. Choosing a rather more indirect route to confronting Zach about her discovery, she also learns that the boy is on the mailing list of a known terrorist organisation, the Freedom Solidarity Movement. Her anxiety deepens when Scott, a fellow agent and former boyfriend, reveals that Zachary is a person of interest.

aren Cleveland, to say the very least, knows of what she writes. She is a former CIA analyst herself, and her experience translates into a swiftly moving and convincing narrative. Steph Maddox is torn between fighting her son’s corner – he is innocent, surely? – and preventing a major terrorist assassination attempt. As in the real world of political and military intelligence gathering, nothing is what it seems, and no-one is above suspicion.

The tension of the plot is wound higher and higher until, like an over-stretched guitar string, you know it’s going to snap. When it does, the results are catastrophic for all concerned. Cleveland (right) , however, is not just a one-trick pony. Her account of Steph struggling to be a decent mother, despite the dramatic chaos of her professional life, is perceptive and moving. Keep You Close is published by Bantam Press and is out now.