RUNAWAY . . . Between the covers

This gripping thriller opens in New York’s Central Park. To be more precise, in Strawberry Fields, the section of the public space dedicated – perhaps by a city with an uneasy sense of guilt about providing the stage for the most infamous music death of all – to the man who took five hollow-point .38 bullets in his back, just across the way on 8th December 1980. Simon Greene, a wealthy investment advisor, sits on a bench listening to a busker, also committing murder (but this time the victim is only a song, All You Need Is Love)

She was also Simon’s daughter Paige.”

Start a 366 page book like that, and you might be making a rod for your own back, one that will whack you squarely between the shoulder blades if you don’t keep up the poetic intensity. Does Coben manage it? Of course he does – and with the stylish flourishes and narrative élan we have come to expect from one of the great crime writers of out time.

Simon Greene tries to embrace his fallen daughter, both literally and metaphorically, and he meets not only rejection but is sucked into a vortex of desperation and violence as he defies the good advice of his family, and tries to bring Paige home. Greene has three weapons: first, a borrowed handgun he has no idea how to use; second, a relatively inexhaustible supply of cash with which to bribe the grifters who he believes can lead him to his daughter; thirdly – and perhaps the most potent – a desperate desire to reclaim his ‘little girl’ and, perhaps, assuage the inevitable feelings of guilt any parent must feel when a child goes badly astray.

Pitting a mild-mannered financial advisor against a violent underclass of drug dealers and abusers might seem an obvious ploy, but Coben turns the narrative on its head by introducing another element into Simon Greene’s quest. Think Heart of Darkness, and imagine Greene as Conrad’s Marlow, but be prepared for the elusive Kurtz to be someone – and something – way, way different and far more disturbing and dangerous. 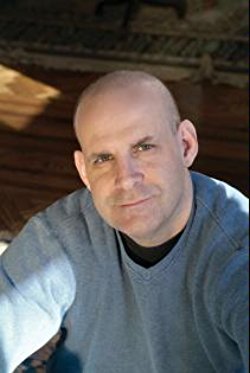 Harlan Coben (right) has thirty or so best selling crime thrillers behind him, but we must never, ever, take him for granted. There is no formula, no template, and no literary flat-pack easy-to-assemble ‘give-the-audience-what-it-wants’ sameness. He takes us to uncomfortable places and introduces us to people who are not stereotype heroes or villains. He is unafraid to give us a rough ride along roads traveled by complicated people who frequently confound our perceptions. Runaway is, quite simply, a brilliant read. It is published by Century and will be out in Kindle and hardback on 21st March. The paperback version is expected in the summer. You can check out other Fully Booked reviews of Harlan Coben’s novels by clicking the links below.