WE CAN SEE YOU … Between the covers 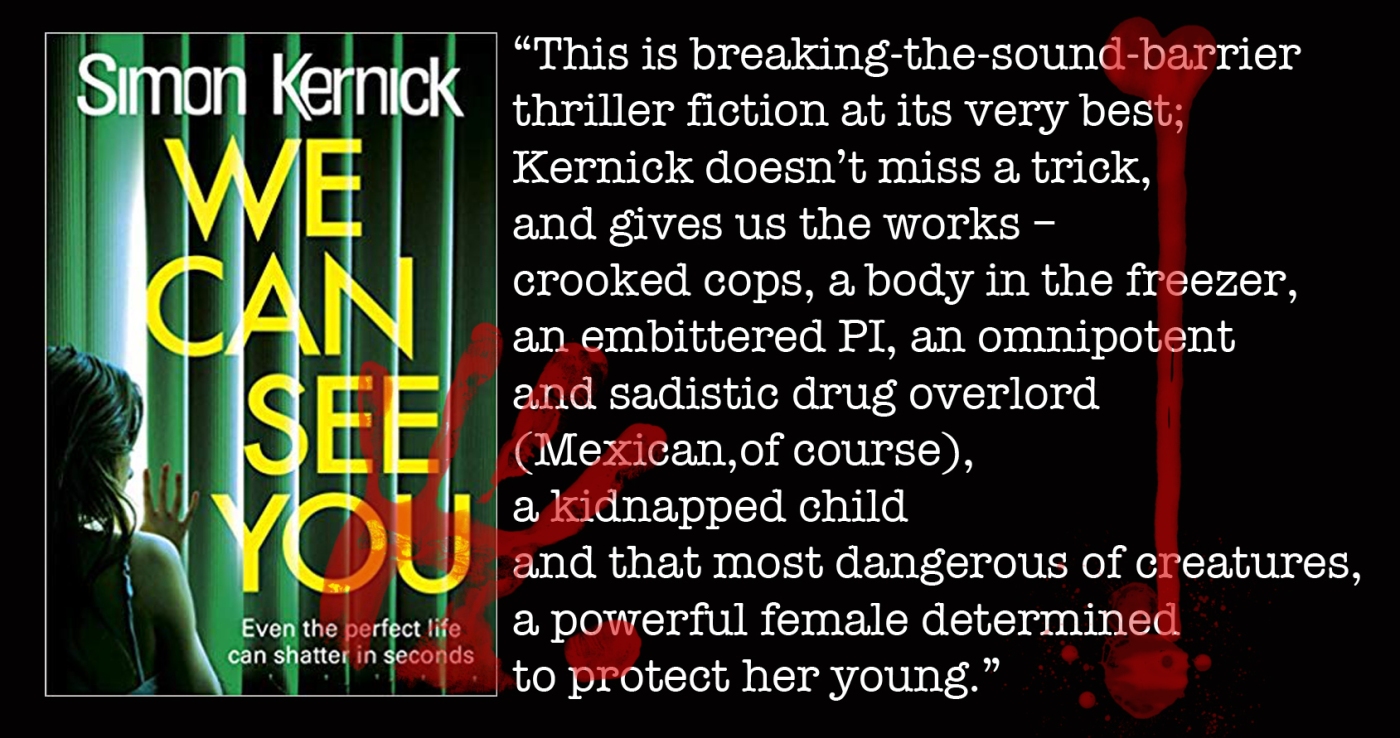 Whatever your view on lifestyle coaches, they certainly have a market, and perhaps nowhere more so than in the ever-so-socially-aware state of California. Brook Connor may not have cornered that market, but she has a best-selling ‘how to come out on top’ guide to her name, as well as wealthy clients and a regular spot on TV. She may not have absolutely everything – after all, her husband is a failed movie actor-cum-tennis coach with a roving eye, but her bank balance is healthy, her home is valued in the millions, and she has an adorable five year-old daughter.

Correction. She did have an adorable five year-old daughter. She returns home after work one day to find both daughter Paige,and nanny Rosa gone,  and a chilling note explaining that they have been taken. A severed finger inside a prettily decorated gift box persuades Brook that these people are not fooling around.

As ever in kidnap cases both real and fictional, the bad guys caution against any police involvement, and so Brook and husband Logan get the ransom money together and set off to make the exchange. Of course, the exchange doesn’t go to plan, and Brook is left concussed at the bottom of a gully out in the sticks, the money has gone, and there is the inconvenient matter of a body in the trunk of her SUV, lifeless mainly because of one of her own kitchen knives sticking out of his ribs.

Brook goes on the run, confounded by her initial decision not to involve the police, and also the discovery of the body in the trunk of her car. There is nothing the media loves more than a celebrity criminal, and soon her face is plastered over every news channel. Armed only with her own automatic sidearm and a blazing desire to find her daughter, she leads the law enforcement agencies a merry dance until her race against time comes to an abrupt and bloody end in the personal gym of a notorious ‘businessman’ with links to the infamous cartels from south of the border, down Mexico way.

Kernick very cleverly uses a split time narrative, with one showing Brook in custody facing multiple murder raps, and another detailing the events which have led to her arrest. He is not done with us, though; a seismic plot shift leads to a dramatic conclusion which even Nostradamus would not have seen coming.

This is breaking-the-sound-barrier thriller fiction at its very best; Kernick doesn’t miss a trick, and gives us the works – crooked cops, a body in the freezer, an embittered PI, an omnipotent and sadistic drug overlord (Mexican,of course), a kidnapped child and that most dangerous of creatures, a powerful female determined to protect her young. We Can See You is published by Century and is out today, 29thNovember.

California, kidnap, murder, Simon Kernick, We Can See You