WATCHING YOU . . . Between the covers

Josephine “Joey” Mullen has returned home to Bristol from living and working hand-to-mouth in sunny Spain. With empty pockets and zero job prospects, she might be downhearted, but on the positive side she has a handsome new husband and a generous older brother who is prepared to share his home with the newly-weds. While Joey finds a job dishing out chicken nuggets and mopping up puke at a children’s party venue, Alfie (nice-but-dim and with a very fit bum, if you are into that sort of thing) works in a bar and is trying to establish a painting and decorating business. 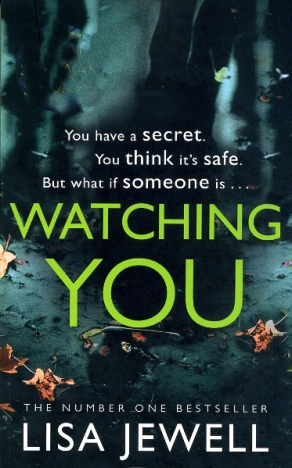 Watching You by Lisa Jewell takes us to the chic urban village of Melville Heights. Jack Mullen is a successful consultant in cardiology, while his wife Rebecca is “something in systems analysis.” A couple of doors down live the Fitzwilliam family. Tom is a charismatic and nationally renowned Head Teacher with an impressive record of turning round failing high schools. His adoring wife Nicola has no CV as such, unless you want to list an over-awareness of body image and a devotion to the latest fads in fashion and diet. Their teenage son, Freddie – an only child, naturally – is very keen on all things technical, particularly digital binoculars, spy software, and a fascination with the lives and movements of anyone he can see from his bedroom window.

This is a clever, clever murder mystery. Lisa Jewell gives us the corpse right at the beginning – while keeping us guessing about whose it is – and then, by shrewd manipulation of the timeline we are introduced to the possible perpetrators of the violent death. By page 100, they have formed an orderly queue for our attention. Of course there’s beautiful, feckless Joey and her husband Alfie. Freddie Fitzwilliam is clearly at the sharp end of the Asperger spectrum, but what about his bird-like – and bird-brained mother? Schoolgirls Jenna and Bess are clearly fixated – for different reasons – on their headteacher, and as for Jenna’s mum, with her persecution complex and incipient madness, she is clearly on the brink of doing something destructive, either to herself or someone else. And who is the mysterious woman who flew into a rage with Tom ten years earlier while the Fitzwilliams were on a family holiday to the Lake District?

Domestic Noir in crime fiction borrows jealousy, lust, anger, greed and pride from the early Christian list of vices but no modern thriller in the genre ignores the fatal flaw of obsession. The Big ‘O’ is certainly at the root of the plot of Watching You, and we willingly suspend our disbelief that so many disturbed characters should end up within a stone’s throw of each other in a posh Bristol suburb. 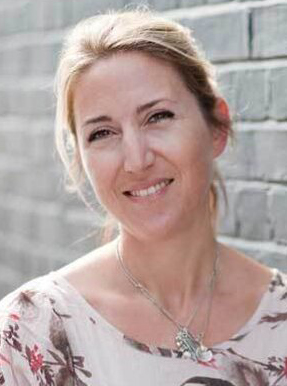 Lisa Jewell peels away veil after veil, but like Salome in front of Herod, she tantalises us with exquisite cruelty. Just when we think we have understood the truth about the complex relationships between the characters, we are faced with another enigma and a further conundrum. There are flashes of absolute brilliance throughout this gripping novel. The relationship between Jenna and Bess is beautifully described and even though we suspect he may end up with blood on his hands, Freddie’s strange but exotic view of the world around him makes him completely appealing. In the end, of course,we learn the identity of the corpse and that of the murderer but, just like the Pinball Wizard, there has got to be a twist. Lisa Jewell (left) provides it with the last 39 words of this very special book, and it is not so much a twist as a breathtaking literary flourish.

Watching You is published by Century, and is out on 12th July.