PAST TIMES-OLD CRIMES . . . The Big Bow Mystery by Israel Zangwill

CRIME FICTION HAS A DISTINGUISHED LITERARY PEDIGREE and although the label has sometimes been used in a pejorative way, wherever and whenever people read books, CriFi will continue to entertain, shock and engage readers. LP Hartley said, “The past is a foreign country: they do things differently there.” Yes, CriFi from times past can be very different. Language changes, as do social perceptions. But one thing remains constant. People do bad things to each other, and there will always be (mostly) decent people, either officers of the law or concerned individuals, who believe that actions have consequences, and that bad deeds should not go unpunished. In this series, expect to read about old favourites but also novels which have, for whatever reason, slipped below the radar.

The locked room mystery and its variants – a murder that could not have possibly been committed by human hand because of the aforesaid bolted and barred door, or some other restraint – are an endearing and enduring feature of crime fiction. Not so frequent these days, true, but occasionally modern writers take up the trusty sword and use it to good effect. Witness Christopher Fowler’s latest – and delightful –  Bryant & May mystery, Hall Of Mirrors. An early – but not the earliest – example of the genre is the 1892 novel The Big Bow Mystery, written by Israel Zangwill (below).

Zangwill was the child of a Latvian father and a Polish mother. He was expensively educated in the best British schools, and became widely admired abroad, particularly in America. He was also that rarest of beasts – a social campaigner with a wicked sense of humour. 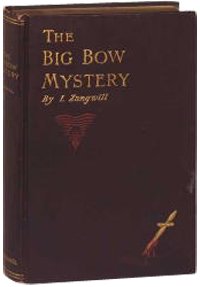 The ‘Bow’ in the title is not some fabric adornment, but the working class district in East London. If you were born within earshot of its church bells, then you were said to be a true Cockney. It’s December, and the nineteenth century is on its last legs. A dense morning fog, aided and abetted by the smoke of a million coal fires, swirls around the mean streets.

“From Bow even unto Hammersmith there draggled a dull wretched vapour, like the wraith of an impecunious suicide come into a fortune immediately after the fatal deed.”

At 11 Grover Street, however, the landlady is unconcerned. Zangwill describes her thus:

“Mrs Drabdump was one of the few persons in London whom fog did not depress. She went about her work quite as cheerlessly as usual,” 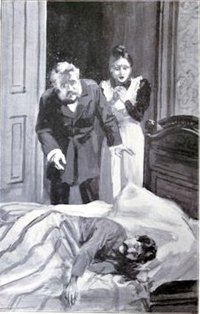 The formidable lady has overslept, but after lighting the downstairs fire, she remembers to wake one of the lodgers. Arthur Constant is an idealist, and a campaigner for workers’ rights. She bangs on his bedroom door, then makes the day’s first pot of tea. Taking a tray upstairs, she calls again. Still no response. She peeps through the keyhole, but the key is firmly in place. As she pounds on the door once again, she has a premonition that something is very, very wrong. So she summons her neighbour, the redoubtable retired detective Mr George Grodman. He batters down the door, which was locked and bolted from the inside, and is forced to cover Mrs Drabdump’s eyes from the horrors within…

Constant’s demise is investigated by the coroner, and his verdict sets up the mystery beautifully. He explains.

What follows is a hugely entertaining journey through the social and legal conventions of late Victorian society. The cast includes a scolding wife, an alcoholic poet, a bumbling policemen and – in a masterstroke cameo appearance – even William Ewart Gladstone. The Dickensian names like the policeman Edward Wimp and Mr Spigot QC add a sparkle to the dialogue. Zangwill wrote the book in 14 days and it was serialised in the The Star, an evening newspaper already well known for printing letters signed by Jack The Ripper. The serialisation meant the author was able to engage in lively public exchanges with readers as to the identity of the killer, which must have been like a wonderful early version of the modern day phone-in, interactive TV, or even Twitter. 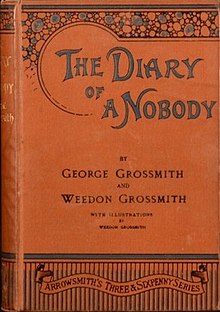 Some contemporary critics were puzzled and irritated by Zangwill’s satirical style. They felt that there was no place for comedy in the tale of a young man, dead in his bed, his throat cut from ear to ear. The exchanges in the court scenes between pompous officials and outspoken ‘low life’ types on the jury are delightfully reminiscent of similar encounters between Mr Pooter and disrespectful tradesmen in that classic of English humour, The Diary of A Nobody.

Zangwill may not have been the first to use the humour of cruelty, nor will he be the last. However, in the trial scene – which takes up most of the second half of the book – he takes aim at almost every social convention and literary stereotype available to him, and his arrows find the target every time. Thirdly, and most importantly, he fools us with the solution to the murder of Arthur Constant. I missed several clues and I suspect, unless you have the most forensic of minds, you may well miss them too, as Zangwill is a master of misdirection. Some years after the publication of The Big Bow Mystery he added an introduction which is a little masterpiece in its own right, full of elegant use of language and subtle humour. He says:

“The only person who has ever solved The Big Bow Mystery is myself. This is not paradox, but plain fact.”

If this brief review of an enchanting novel has whetted your appetite, you will be delighted to know that you can download a digital version for the princely sum of £0.00 by clicking the image below. 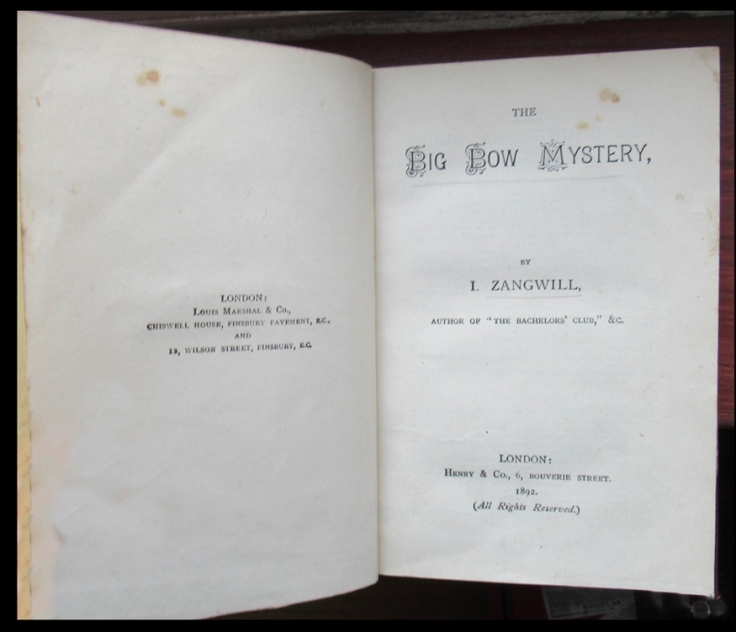