SAVAGE LIBERTY . . . Between the covers

We are in pre-revolutionary America, Massachusetts to be precise, and it is 1768. Five years earlier, the Seven Years War between Great Britain and France had ended with The Treaty of Paris, and much of France’s former possessions in North America now lay in British hands. Despite the ending of formal hostilities, the French are still meddling in the affairs of the colony, and their mischief-making further stirs a political situation which is, day by day, becoming more unsettled. The citizens of Massachusetts are becoming more dissatisfied with rule from London and with King George’s redcoats are an ever-more ominous presence.

It is against this restless background that we meet Duncan McCallum, an exiled Scotsman with medical training who is bondsman to Sarah Ramsey, the widow of a nobleman. They are, as they say these days, ‘an item’ but, in terms of the narrative, very coyly so.

When the Arcturus, a ship from London, blows up in Boston harbour, McCallum is summoned to view the consequences, and they are stomach churning. Body parts of the crew are washed up on the beach, chomped by marauding sharks and pecked by gulls. Even men whose bodies remain more or less intact are denied dignity in death as their shrouds comprise drifts of seaweed and predatory crabs. 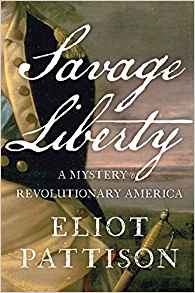 As McCallum investigates the tragedy, it becomes clear that the ship was sabotaged. But what was within its cargo that made someone think it imperative that it should never reach its destination? A party of British soldiers are on hand determined to guard the scene of the wreck from inquisitive eyes, but who is the man named Beck who is pretending to be an army officer, but is so obviously not a military man?

We learn that the whole sorry affair is connected to documents vital to the plans of a mysterious group known as The Sons of Liberty, a group of powerful men whose ultimate aim is to fight for the independence of the American colonies from Great Britain. We meet, fleetingly, Samuel Adams and John Hancock, who went on to become prominent Patriots in The Revolutionary War which was to begin in earnest with “the shot heard ’round the world.” at Lexington in 1776.

Agent Beck makes it know that McCallum is responsible for the Boston deaths, and a warrant is issued for his arrest. McCallum has no option but to head north to evade the bounty hunters and soldiers who will not rest until he is swinging from a gibbet. As he moves through the wild countryside, accompanied by an electic collection of Native Americans, an evangelical priest, a traveling conjurer – and a monkey – McCallum knows he will never be safe until he finds the truth about the events in Boston until he finds the instigators of that fatal conspiracy. 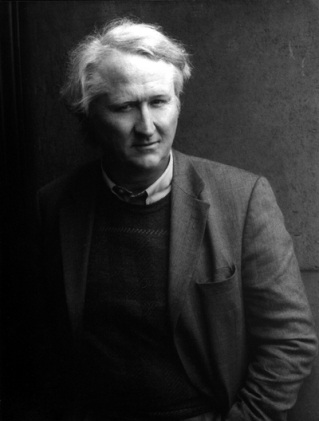 If your knowledge of that period of American history is sketchy, than fret ye not. Pattison (right) provides a wealth of detail about real life events which were taking place during McCallum’s fictional quest to clear his name. I use the word ‘quest” advisedly, as the novel has a distinct Lord of The Rings feeling – “Roads go ever on”.

There is some genuine detective work – and some very graphic violence – wrapped up in the period detail, and Pattison is clearly a man who has charted the catastrophic decline and subjugation of the Native Americans, their culture, their awareness and their sensitivity to landscape. It may be of little consolation to us modern readers, but Pattison shows that the European assault on this vibrant and diverse society did not just happen on our watch.

Savage Liberty is the fifth installment of the Duncan McCallum series which began with Bone Rattler in 2009. It will be published by Counterpoint on 7th June.You can read a review of an earlier Eliot Pattison novel Skeleton God, set in contemporary Tibet, by clicking the blue link.