THE POSTMAN DELIVERS . . . Heaton and Whitelaw 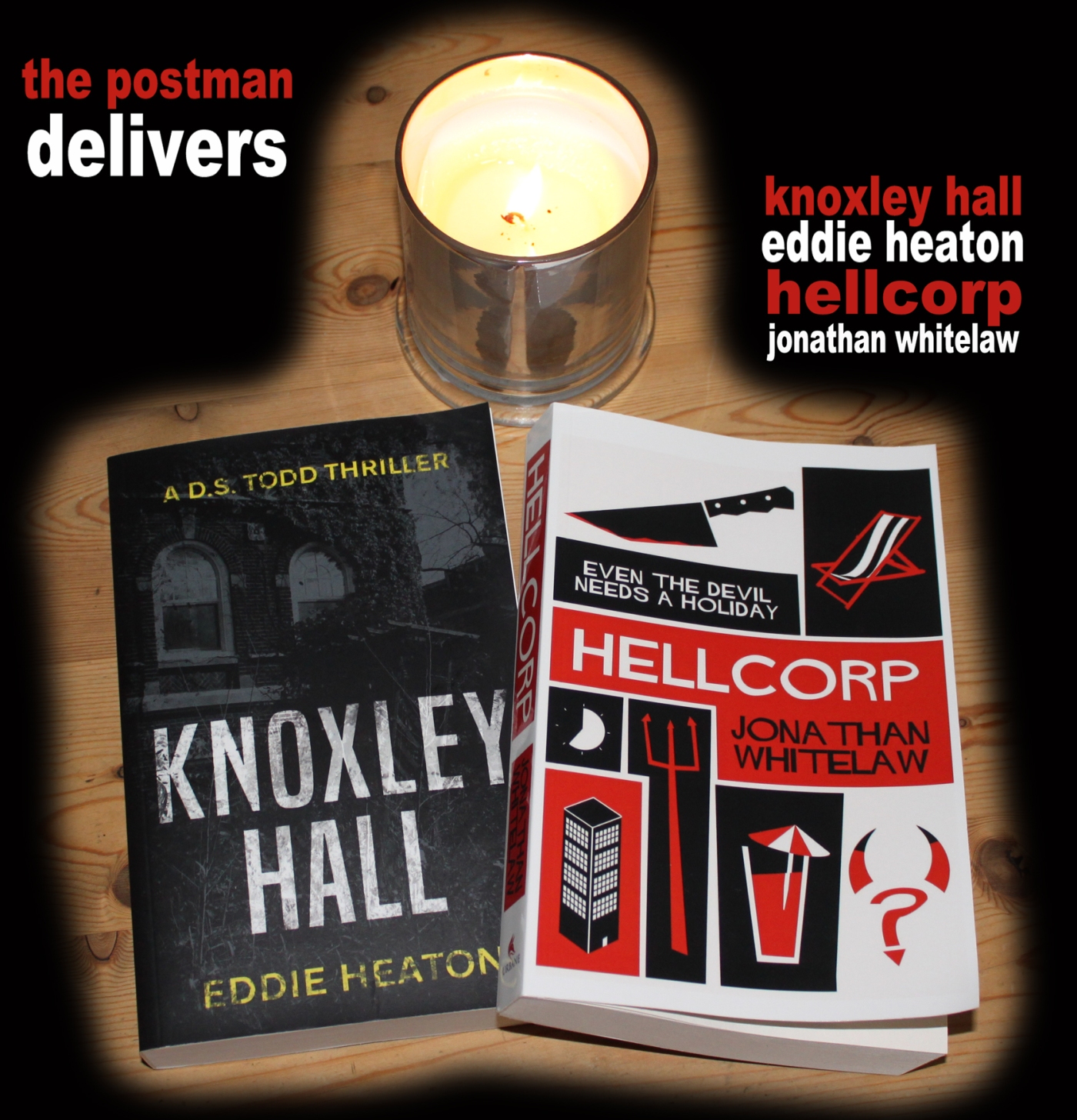 This gritty police procedural is acted out against the backdrop of the ruinous London riots of 2011, and also focuses on what remains an unresolved scandal – the historic allegations of paedophilia among the great and the good of British political life. Terry DeHaviland has made his mark as a journalist by digging for dirt in the fertile ground of the celebrity secrets, but when he is murdered, Detective Sergeant Todd has to risk his career to find the killer, who is at the beck and call of some of the most powerful – and ruthless – people in the land. Knoxley Hall, by Eddie Heaton (below left) is published by Matador and is on sale now.

There has to be something satisfying about a book whose first page describes how the Pope, tired after a long day’s infallibility, trudges back to his private apartment and lets rip a luxuriously long and relieving fart. That being done, however, his life becomes a whole lot more complicated. One hell of a lot, one might say, as he is visited by none other than his adversary, The Devil. Back on earth to solve an ancient crime, he of the scaly tail leaves The Vatican reeling in his wake before blundering his way through twenty-first century Scotland in this highly original – and occasionally scabrous – black comedy from Jonathan Whitelaw (above right). Hellcorp is published by Urbane Publications and will be available in early July.