If I DIE TONIGHT … Between the covers 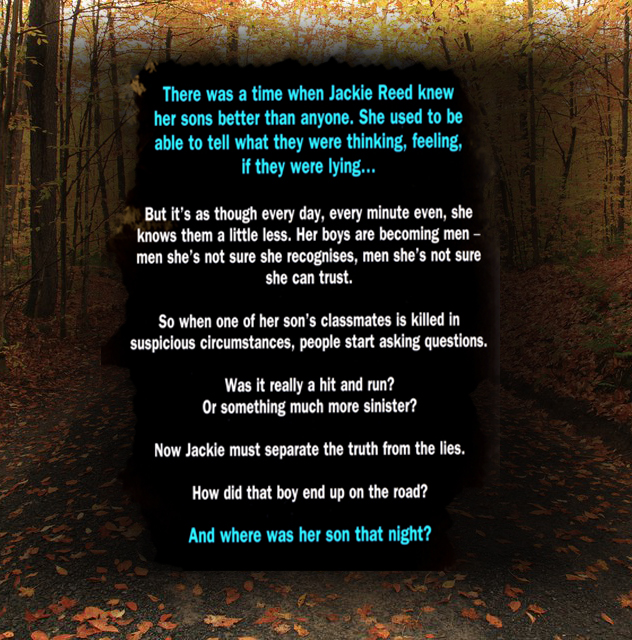 It is October in New York State. ‘Fall’, of course, to the residents. Nothing much disturbs the ultra-ordinary Hudson Valley town of Havenkill, however, even the yearly arrival of the quaintly named ‘Leaf Peepers’ – folk who come to witness the glorious golds and reds of the autumn trees. Until one-rain lashed night when the rickety police station is being battered by the strong winds and the shoddily repaired roof is, once again, only just holding back the weather. Above the noise of the storm, there is a battering in the door as if the devil himself was trying to force his way in. It is not the devil, but a frantic woman:

“…make-up smeared, weeping in her bright red raincoat and rainbow-dyed hair, wet as something dredged up from the river. ‘There’s been an accident’.”

The woman is a former rock star, now reduced to providing the warm-up act to tribute bands in dingy roadside venues. All that Amy Nathanson has left to remind her of her brief spell of fame as ‘Aimee En’ is her former manager, now disease-stricken, and a luridly painted vintage Jaguar car, which she calls her “baby”. Now, on this grim night, as she drives home from her less than star-studded gig, she has been involved in a terrible accident. Her precious car has been hijacked but, even worse, a teenage boy lies broken in the road, run down by the car and its illicit driver.

Liam Miller is rushed to hospital. Dozens of his high school friends rush to be as close as they are allowed to his bedside but their vigil, for all its tears and prayers, is fruitless. He dies without recovering consciousness. The Havenkill police now have a rare case of murder/manslaughter on their hands, and the community – parents and youngsters – are plunged into a frenzy of speculation about the identity of the hooded teenager who stopped Amy Nathanson on the pretence of selling her drugs then mugged her and drove off in her car, leaving Liam Miller – who Nathanson thinks tried to come to her rescue – at death’s door by the roadside.

This superb thriller is peopled with strongly drawn characters. Pearl Maze is one of the police officers investigating the death of Liam Miller. She began her career in the nearby city of Poughkeepsie, but a tragic event from her childhood caused her to be victimised by her fellow officers, and she is trying to build a new life out ‘in the sticks’. The Reed family, mother Jackie and sons Wade and Connor, are central to the story. Jackie is a divorcee trying to hold down a job as a realtor, while trying to be both mother and father to her boys. She is driven to Xanax by the behaviour of the older son, Wade. His moods and unpredictability are far worse than the usual hormonal torment of teenage boys. What is going on in his secret life? Where was he on the night that Liam Miller died? We see Amy Nathanson, for all her weaknesses and hankering after faded glory, as a genuinely troubled woman cast adrift in a sea of her own insecurities and quiet desperation.

Alison Gaylin (right) knows full well that every human interaction in the modern world – birth, death, triumph, failure, joy and misery – has to play out on social media, and so it is after the death of Liam Miller. We see the messages and memes, the grief and the anger, flash around the Havenkill cyberspace as the speculation about the identity of Liam’s killer intensifies. Even the makeshift shrine outside Liam’s family home is dwarfed by the virtual tribute page set up by his parents.

The plot is beautifully laid out to lead us first in one direction, and the another. Two thirds of the way through the book I began to infer just a hint of the truth about Liam Miller’s death, but I would never have guessed the real reason behind Wade Reed’s refusal to absolve himself from the crime – Gaylin waves her magic wand and carries off a show-stopping piece of literary theatre. If I Die Tonight is published by Arrow, and is available now on Kindle. It will be out in paperback at the end of December, and in hardback in 2018.