THE HANGED MAN … Between the covers 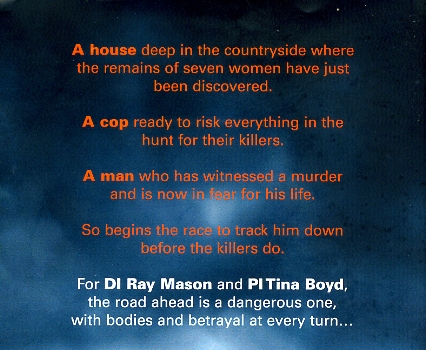 The tragic events described in Simon Kernick’s previous novel The Bone Field hang over this thriller like a pall of noxious smoke, darkening the landscape. Maverick police officer Detective Inspector Ray Mason staggers through the poisonous fog like Wilfred Owen’s soldier, “stumbling and flound’ring like a man in fire or lime…” He and his partner Dan ‘Dapper’ Watts are, once again, trying to bring to justice an implacable criminal gang for whom murder is just too quick and simple. The gang leaders Cem Kalaman, Alastair Sheridan – and their sinister enforcer known only as Mr Bone – use Satanic rituals and blood sacrifice to spice up their recreational violence. 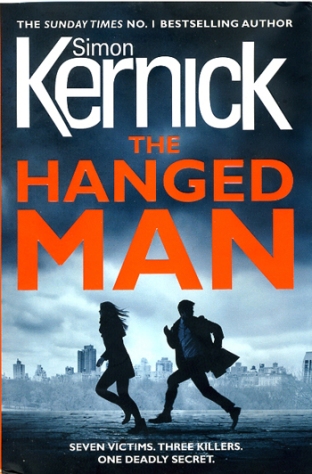 In The Bone Field, Mason tried – and failed – to bring the gang down. The bloody conclusion to the confrontation at a remote Welsh farm haunts him. His bitterness and sense of a score still not settled drive him on, but he is now working under the mandate of the National Crime Agency – and they play by the rules. The fire and desire for retribution burning in Mason’s soul will force him to abide by those rules only as far as they suit him. His personal background – a childhood shaped by violence and cruelty – has endowed him with a sense of what is right and what is wrong which diverges dramatically from the code followed by his boss, Sheryl Trinder.

The novel starts with the Kalaman gang attempting to silence Hugh Manning, a lawyer who has become entangled with their misdeeds but is, at heart, a decent man caught up in a toxic spiral of temptation and his own weakness. He escapes the killers sent to eliminate him and goes on the run, pursued by both the gang and the police. He knows all too well that the gang have insiders within the criminal justice system, and he would be signing his own death warrant simply to walk into the nearest police station and offer his wrists for the handcuffs. 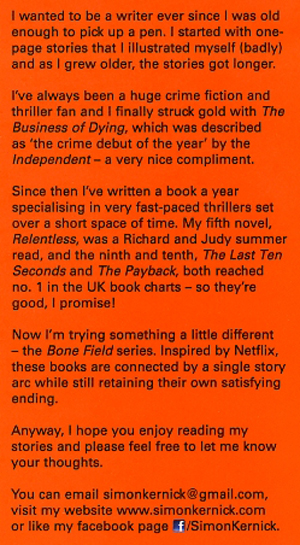 Mason has a girl-friend. Tina Boyd is a former copper herself, but fate has forced her to ‘go private’ and she is now a successful and well-known enquiry agent. As she tries to unravel the complex tangle of relationships and loyalties which bind together the various members of Kalaman’s gang, she puts herself in harm’s way. She is smart and has a nose for danger, but does she have the killer gene which will enable her to tackle Mr Bone on his own terms?

As Mason rides roughshod over police procedure in his drive to avenge those who died at The Bone Field, his partner, Dan Watts, tries to reign him in and see the bigger picture, which is the one depicting Kalaman and his underlings tried in a court of law, and sentenced for their crimes. Watts, however, has secrets of his own, and these secrets make him particularly vulnerable to the manipulations of the unscrupulous men – and women – who he is trying to bring down.

Who is ‘The Hanged Man’ of the title? Kernick keeps his cards very close to his chest, but a quick internet search into the significance of the melancholy Tarot card suggests that he is:

“A martyr, renouncing a claim, putting self-interest aside, going one step back to go two steps forward, giving up for a higher cause or putting others first.”

“Having an emotional release, accepting what is, surrendering to experience, ending the struggle, being vulnerable and open, giving up control and accepting God’s will.”

I suspect that by the time you turn to the last page of this excellent thriller, you will have made up your own mind as the the identity of The Hanged Man. The book is published by Cornerstone/Century, and will be out in Kindle and hardback on November 16th.