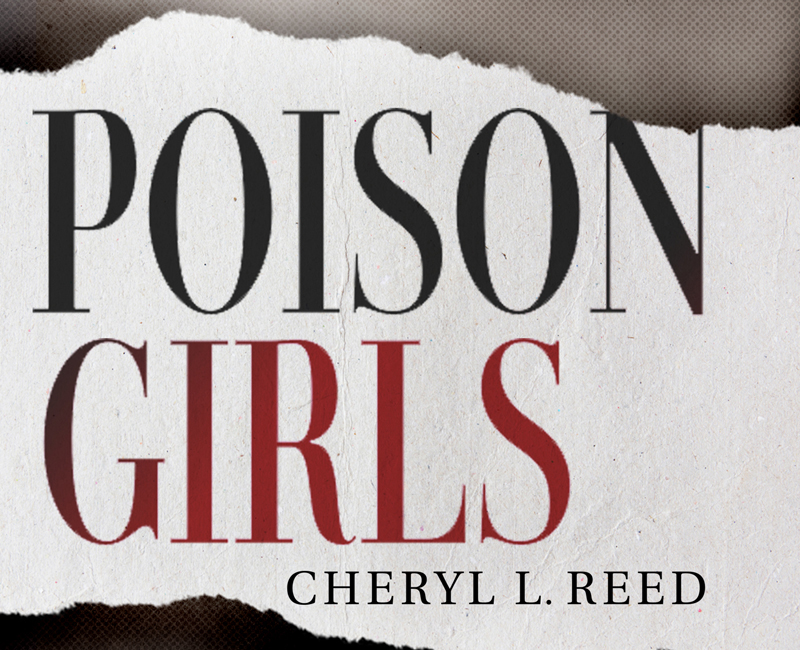 Cheryl Reed (left) is an author and a journalist. Currently, She is  working on a series of novels set in Chicago. Her first novel, Poison Girls, will be in bookstores on September 12, 2017. The novel explores the intersection of drugs, wealth, politics and race when dozens of daughters from politically connected families die mysteriously from a strand of street heroin.Here, she writes about the challenges of making characters believable – and she starts with a homeless Chicago drug user.

When I met Theodore on the needle exchange truck, he wore a dirty ski vest and a candy necklace—the kind with little sugary o’s that you bite off. Only it was harder for Theodore to chew on his necklace because he had only a single jagged front tooth. Maybe it was because I’d worn that same kind of necklace when I was nine years old or maybe it was because I was two inches taller and had fifty pounds on the guy, but I didn’t hesitate to follow Theodore when he offered to show me the heroin house he ran near the El tracks on the South Side of Chicago.

The house’s owners had abandoned the unstable structure after a fire ravaged much of the upper floors, including the staircases marred with gaping holes. I hadn’t expected to be tramping through a drug house that morning, and had stupidly worn high heels. I used the spiky heels like cleats, digging them into the soft wood of the stairs to pull me over the gaps. When we finally reached the upper perch, Theodore proudly showed me his shooting room. Vanilla bean-scented candles lined the floor. A single bed, its nylon bedspread neatly tucked into the corners, took up one side of the room. It was too early in the day for customers, but Theodore’s trip to the needle exchange truck allowed him to stock up on supplies—new needles, cotton balls and little bottles of distilled water he kept neatly in a basket, as if they were door prizes at a Longaberger basket party.

I learned a lot that day from Theodore. And Theodore was his real name. He showed me how he tested his clients’ heroin to see if it contained the deadly fentanyl that was leaving bodies in its wake all over Chicago and its suburbs. He told me how he helped his clients find veins, how he took a cut —about 10 percent—of their drugs in return. 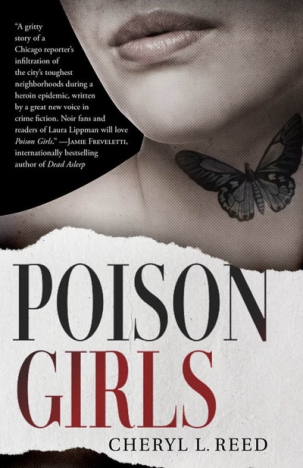 I didn’t have to meet Theodore. But I would argue that my new debut novel, Poison Girls, is much richer for my having done so. Theodore was just one of many real characters I met as I explored the underbelly of the heroin drug culture, researching the real story of fentanyl-laced heroin in Chicago that killed more than 250 people in a few months. One thing I learned working for more than two decades as a journalist—many of those as a crime reporter—is that real people are far more complex and interesting than solely relying on my imagination. I’ve read a lot of books and watched a lot of movies that feature drug dealers and drug fixers, but I’ve never read one named Theodore who wore a candy necklace that he chewed on with a single fang. Shit like that, you just can’t make up.

That’s not to say that the Theodore in my book Poison Girls isn’t more interesting and vivid than the real life version. The Theodore 2.0 I created is more sure of himself, a sort of sage character, a drug dealer who advises other drug dealers. That’s the beauty of twisting the real details with the imagined ones.

Every crime novelist comes to the genre by way of their own unique navigation. My map started when I was a street reporter, vicariously living through my subjects, using my job to infiltrate subcultures and soak up their secrets. When I was a newspaper crime reporter—back in the day when people read newspapers—my work provided access to the macabre and the maddening. I interviewed mothers who forced their babies to drink Draino, love-struck girls whose boyfriends convinced them to kill strangers for their sneakers, and teenage serial killers who detailed their crimes with dry eyes.

I’m a visual writer and often have to see the story before I can write it. For me, when the writing isn’t going well, it’s usually time to take a field trip, hit the streets, meet some real folks who can infuse my fictional story with unique details.

When I wrote Poison Girls— a story about dozens of suburban girls from political families in Chicago mysteriously dying of poisoned heroin and the reporter who is obsessed with tracking down their killer — my biggest fear was inventing characters that felt too familiar. Theodore appears on only four pages, but even minor characters deserve to be authentic.