THE VERY DICKENS OF A QUIZ! 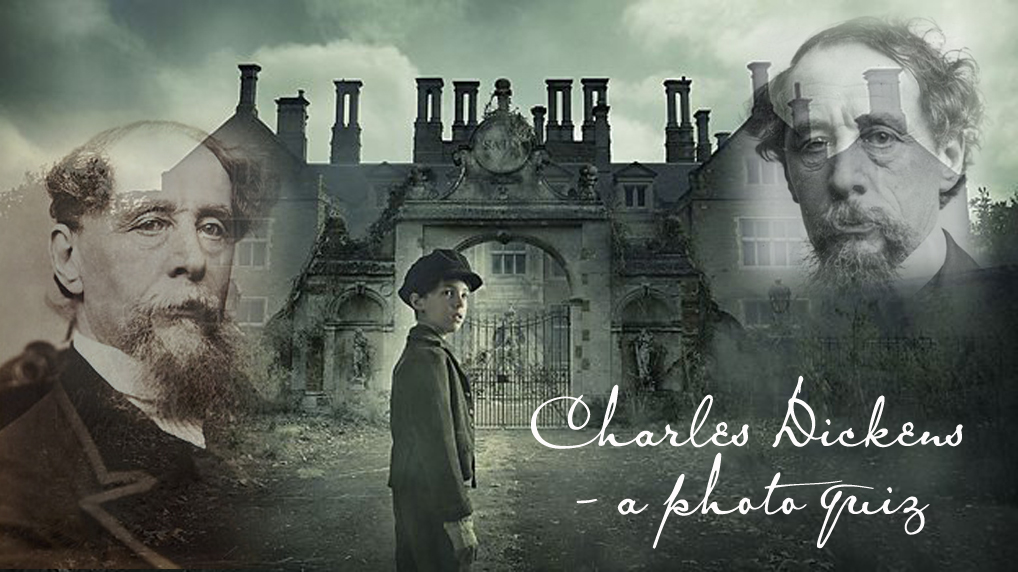 To celebrate the birthday of Charles Dickens on 7th February, we have a tasty quiz involving six of the great man’s most memorable villains. To enter the draw for the prize – Claire Tomalin’s highly regarded Charles Dickens – A Life – you need to look at the six photographs, taken from screen versions of Dickens novels. To be in with a chance of winning, identify three things. First, the name of the book. Second the name of the character. Third, the name of the actor pictured. For those of you who love a touch of the cryptic crossword, there are six fairly helpful clues to go with each picture, and folk who are adept at pub trivia  questions should enjoy the references. Do the best you can – all entries will go into the hat, and the person most correct answers gets the prize! 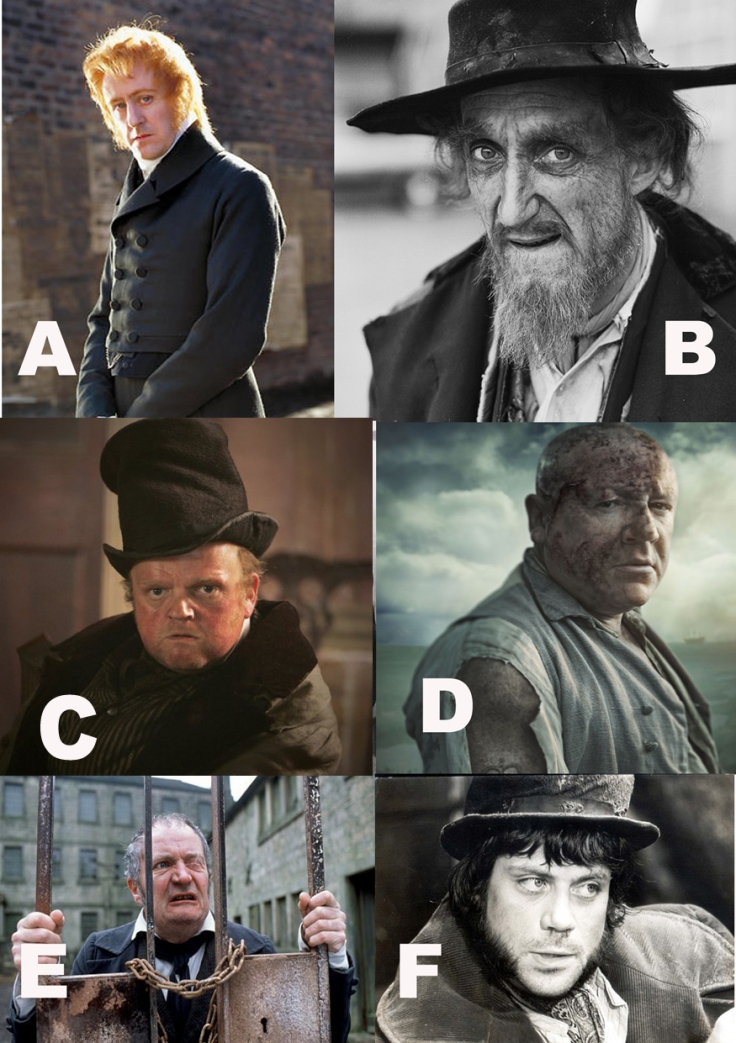 To help you, there are six mildly cryptic clues.

A This slimy character – who was very humble – might be seen trotting around South London, particularly in Peckham! He was eventually exposed by Mr Micawber, and after that, it was Goodnight Sweetheart !

B This actor’s name might suggest that he was emotionally very up and down, but he found fame running a kind of children’s home in 19th century London.

C This vile fellow had a crush on a poor girl who tried to make a living selling antiques. Before he drowned in the Thames, he had time to reprise Captain Mainwaring in the remake of a popular TV series.

D These days, you are more likely to see this gravelly-voiced actor advertising betting on TV (but he bets responsibly!) Here he played a frightening jailbird who had a habit of leaping out from behind tombstones in misty graveyards. In the book, however, he died a happy man.

E This dreadful schoolmaster says,” I’ll spare you. I’ll flog you to within an inch of your life, and I’ll spare you then!” is played by an English character actor who featured in such films as Moulin Rouge and a couple of Harry Potter epics.

F He always liked a drink or three, a touch of on-screen nude wrestling, and actually played Debussy in a Ken Russell TV film. Here, he is one of the vilest men Dickens created – violent to women and dogs in equal measure.

When you have your answers, write them in the body of an email, put Dickens in the subject box, and send it to:

Those who have answered the most questions correctly will have their names put in a hat, and a winner drawn out.

The prize will be sent to the winner direct from Amazon, so we can offer the competition to Fully Booked fans all over the world.