MISS CHRISTIE REGRETS … Between the covers

This is the second in a series by Guy Fraser-Sampson, set in the exclusive London borough of Hampstead.  As the police try to solve a not-quite-locked-room murder mystery in an elegant Queen Anne house, their task becomes doubly difficult when another body is found in a nearby block of flats, the Isokon Building. There is one crucial difference, however. The body in the upper room of Burgh House is that of Peter Howse a widely disliked researcher. The structure of his skull has been violently rearranged with a museum piece – an ancient police truncheon. The other deceased person? It’s fair to say that the first 48 hours of this particular investigation will not be so crucial, as the police pathologist states with some conviction that the bones have been in their bricked up cavity for at least half a century.

A quick word about Hampstead for those unfamiliar with London. Wikipedia tells us that Hampstead is:

“ …known for its intellectual, liberal, artistic, musical and literary associations and for Hampstead Heath, a large, hilly expanse of parkland. It has some of the most expensive housing in the London area. The village of Hampstead has more millionaires within its boundaries than any other area of the United Kingdom.” 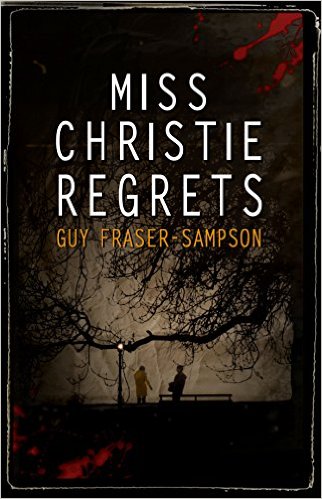 Being as this book is, in one sense, a police procedural, an introduction to the investigating officers is essential. Detective Sergeant Karen Willis is an elegant and well educated woman, whose personal life is complex. She is courted by two suitors; the first, Dr Peter Collins, is a consultant psychologist who, although undeniably clever, may not be entirely of sound mind himself, as he is prone to nervous attacks. When with Karen, he also tends to drop into a Lord Peter Wimsey persona and, yes, he does insist on calling Karen “Harriet”. The other claimant to the hand of Willis is Detective Inspector Bob Metcalfe, a much more grounded fellow who certainly does not mimic characters from Golden Age fiction. In fact, he could be said to be very worthy, but rather dull. Overseeing the investigations is Detective Superintendent Simon Collison, an urbane and civilised man who is regarded with a certain suspicion by more belt-and-braces officers such as Chief Inspector Tom Allen. One stock police character who is very much noticeable by his absence is a badly dressed, misanthropic and foul mouthed Detective Inspector type, much loved of many crime authors. If any such person did operate out of Hampstead nick, he must long ago have been transferred elsewhere.

As the police try to discover if there could conceivably be any connection between the suspicious deaths, decades apart, they discover that a fellow tenant of the apartment building to our skeletal friend was none other than Lady Mallowan – better known as Agatha Christie. Instead of the threads of the investigation becoming separated and more discernible one from the other, the tangle tightens when Collison and Metcalfe are informed by Special Branch that several of the Isokon Building residents during and immediately after WW2 were suspected of spying for Russia.

The author’s stated intent is to take the modes, manners and milieu of the Golden Age crime novel, and blend them into a modern setting. He succeeds, due in no small way to his sense of style and his lightness of touch. If the characters are not always totally plausible, then it matters not one jot. This book, like its predecessor Death In Profile, is an entertainment, pure and simple. There are 360 pages of sheer enjoyment, with the bonus of one or two rather good jokes along the way.

“Does anyone have a different view?” Collison asked quietly, looking around the room. “If so, please don’t hesitate to express it just because the DI and I are ad idem.”
Unsurprisingly, there was no answer. Firstly, because nobody was about to disagree with two senior officers. Second, because nobody wanted to participate in a renewed bout of house to house enquiries. Third, because nobody else, apart from Karen Willis, knew what ad idem meant.

It should be said that both Burgh House and the Isokon Building are real places, as are the pubs where Metcalfe and colleagues grab their lunch. This detailed local knowledge is used with subtlety and discretion throughout the narrative. There are other crime writers who, over the years have claimed particular areas of London as their own. We must allow Christopher Fowler to have his run of the lurid joys of King’s Cross and countless quirky abandoned theatres and lost railway stations. While the bleak and bloody suburban streets of places like Willesden and Kilburn, as well as the neon pallor of Soho clubs belong to the great Derek Raymond, we must grant Guy Fraser-Sampson ownership of the health-giving literary high ground of Hampstead.

Miss Christie Regrets is a beautifully written and cleverly plotted book which should be enjoyed by anyone who is a fan of The Golden Age, but also likes fare with a touch of spice added. It is available now, and published by Urbane Publications in paperback and Kindle.