THE KILLING OF LEE RIGBY 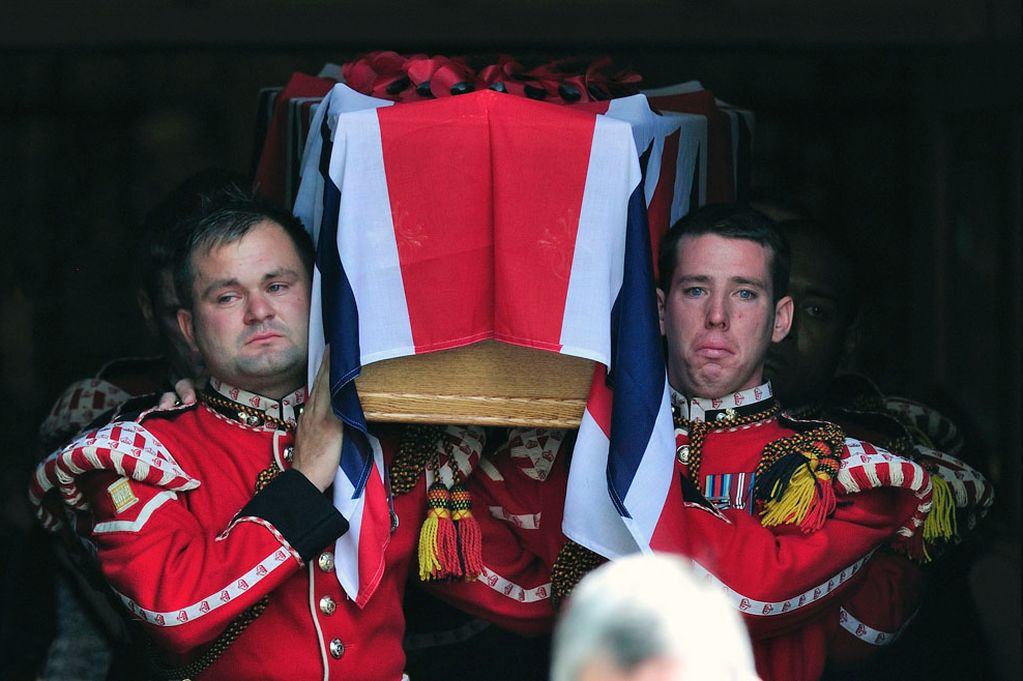 Some crimes cause people to ‘tut-tut’ and shake their heads, muttering about how it would never have happened in ‘their day’. Some crimes, where there seems to have been no harm done to anyone involves, just make people chuckle.But then there are crimes, fortunately rare, which make ordinary people thank God that they weren’t there, clap a hand over their mouth in horror, and smack the wall in anger. 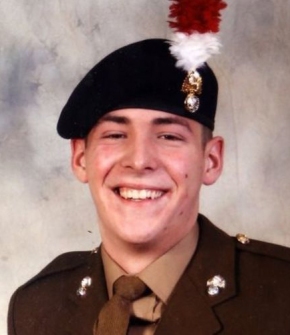 Such a crime took place on a calm May afternoon in 2013. The place? A nondescript suburban street in south-east London. The victim? A 25 year-old soldier, in civilian clothes, returning to his Woolwich barracks after a spell of ceremonial duty at The Tower of London.

There have been millions of words written and spoken over the death of Fusilier Lee Rigby. He was first hit with a car driven by Michael Adebolajo and Michael Adebowale. The two killers then leaped from the abandoned car, and proceeded to hack Rigby to death with meat cleavers. Passers-by intervened, but their efforts were too late to save Rigby. At least, they prevented the soldier from being decapitated, and foiled the murderers’ intention of posing for a photograph holding a severed head.

Posing for a photograph while holding a severed head is, seemingly, de rigeur in the degenerate world of Muslim extremists. That Adebolajo and Adebowale were thwarted in this is some small – perhaps even miniscule – comfort to members of Lee Rigby’s family. Rigby was given a military funeral at Bury Parish Church on 12 July 2013, and his killers were sentenced to life imprisonment.

Unbelievably – or perhaps not – there were political commentators who refused to condemn the murder. Some, like the Islamic activist Anjem Choudary, sought to equate the killing with British military involvement in Islamic countries such as Afghanistan and Libya. Asghar Bukhari of the UK Muslim Public Affairs Committee said that both the British Government and the Muslim community were at fault.

It is scarcely credible that the local authorities in Woolwich seemed more concerned about maintaining community cohesion within their ward boundaries than honouring a murdered soldier, but eventually a memorial – of sorts –  to Lee Rigby was put in place. Lee Rigby’s name appears on a plaque on the south wall of the memorial garden inside the ruined St George’s Garrison Church in Woolwich, opposite the Royal Artillery Barracks. The memorial consists of a white marble plaque marking Woolwich’s history as a barracks town, and two bronze plaques with the names of 11 men who served or lived in Woolwich and gave their lives in the service of their country, including Rigby and the victims of the 1974 King’s Arms bombing nearby. It took the residents of his home area, Middleton near Rochdale, to do the decent thing and provide a more personal tribute. 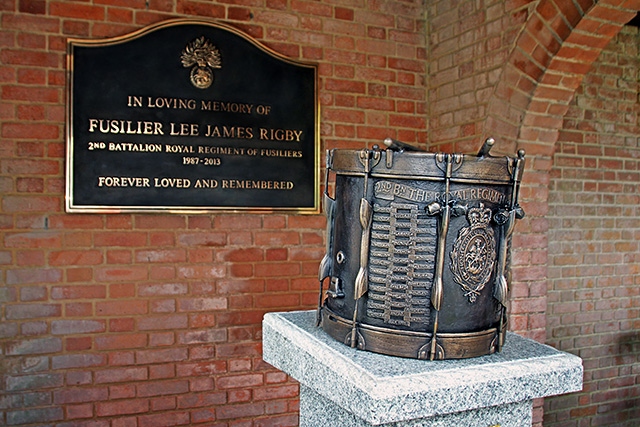 If ever there were a chilling image to remind us of man’s inhumanity man it is that of the bloodstained Adebolajo ranting his hatred into someone’s mobile phone. Gil Scott-Heron told us The Revolution Will Not Be Televised. This appalling murder came as close to it as makes no difference. 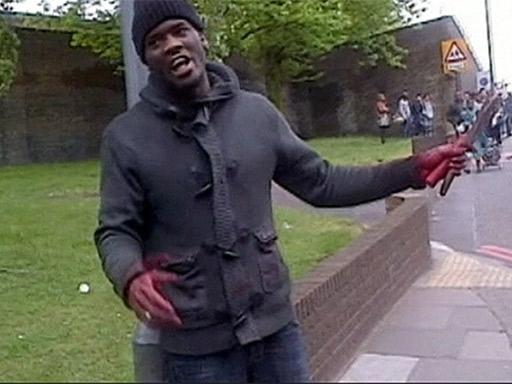