THE POSTMAN DELIVERS …Skin and Bone 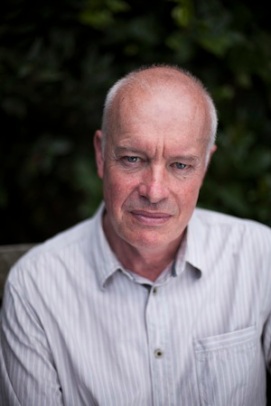 Robin Blake (left) was born in Preston, Lancashire, and says that he belongs to a lucky generation that missed two world wars, benefited from the National Health Service, and entered their teens just in time for sex, drugs and rock n roll. His latest novel is set in his home town, but it is 1734, and we have another case for Titus Cragg and Lucas Fidelis.

The pair first appeared in A Dark Anatomy in 2012. Cragg is the Coroner for Preston and, among other duties, he must investigate suspicious deaths, while Fidelis is a young doctor who plays the role which in modern crime fiction is played by the pathologist.

The trade of tanning leather, so essential for thousands of years, has always set its participants apart from polite habitation due to the appalling smells which are created by the process of using urine and animal faeces to cure the leather, and so it is in Georgian Preston, where the tannery is banished to the banks of the River Ribble. When the body of a baby is found in one of the tanning pits, Cragg must defend the tanners against a murder charge, and tackle a ruthless group of local businessmen whose plans for the town will benefit their own pockets rather than the lives of ordinary citizens.

Skin and Bone is published by Constable, came out in Kindle earlier this year, and will be available in paperback from 3rd November.