THIS BEAUTY came all the way from the States, courtesy of FSB Associates and the publishers, Four B’s Publishing. Four B’s have a Facebook page, for those wishing to connect. Author Jack Bailey died in 2010, and to read more about his remarkable life, go to www.jackhbailey.com 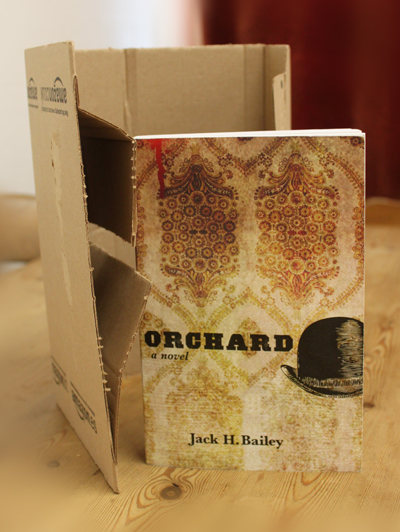 So, to the book. The cover, front and back, are simple but elegant, with a definite feel of the early 20th century about them. The titular Harry Orchard was a real life character, the name being a pseudonym of Albert Edward Horsley (1866 – 1954) Horsley/Orchard was an enforcer for the militant Western Federation of Miners. He was renowned for intimidation and strong-arm tactics on behalf of the WFM, but he became notorious when he was convicted of the assassination of the former Governor of Idaho, Frank Steunenberg.  Orchard’s defence attorney was none other than Clarence Darrow, who would achieve celebrity as the defender in the Leopold/Loeb murder trial in 1924.

Orchard (right) had his mandatory death sentence commuted and he died in the state penitentiary in Boise, Idaho, on April 13, 1954, aged 88, over 48 years after his arrest. Jack Bailey’s novel is a fictionalised account of these momentous events, and will be  available on Amazon from 26th July. Bailey himself had a long and varied career. An Oregon native, Jack joined the Navy at 17, and served in WW II aboard the aircraft carrier Lexington, until she was sunk during the Battle of the Coral Sea. He graduated from USC with a BA in English and then spent 16 years in aerospace during which time he wrote two novels loosely based on the industry.