THE SANATORIUM . . . Between the covers

Elin Warner is an English police officer. We meet her and boyfriend Will as they ride in an over-crowded car on a funicular railway. They are travelling to Le Sommet, a luxury hotel high in the Swiss Alps, where Erin’s brother Isaac and his girlfriend Laure are about to celebrate their engagement. We soon learn a few background details. Elin has been on sick leave for many months, after a serious incident. Her mother has just died of cancer, and she and Isaac have been estranged for many years.

Le Sommet has a distinctive history, as it is a former sanatorium, where tuberculosis victims were sent in pre-vaccine days in the hope that the clean mountain air would ease their suffering. Its transformation into a five star holiday destination was masterminded by a prestigious firm of Swiss architects, one of whom mysteriously disappeared at the site in the early days of the project. No trace of him has ever been found.

Pretty much as soon as Elin and Will arrive, a fierce snow storm cuts off Le Sommet from the rest of the world, and they wake after their first night in the hotel to the news that Laure has disappeared.

After a few chapters, I pictured Le Sommet as a rather diabolical cross between The Overlook Hotel where Jack and Wendy Torrance spent such an eventful winter (“Here comes Johnny….!“) and the Hotel California (“You can check out any time you like, but you can never leave…“)

Unlike the residents of the hotel, we know that there is someone out there, a killer who has an agenda. Revenge, maybe? Or perhaps a psycho with neither rhyme nor reason, other than their insanity?

There is another undertow tugging at us as we move through the chapters, and it is Elin’s suspicion that Isaac had something to do with the death of her younger brother Sam years earlier. The tragedy was deemed to be accidental, but what if the unthinkable had happened, and it was a case of fraternal jealousy taken a step too far? 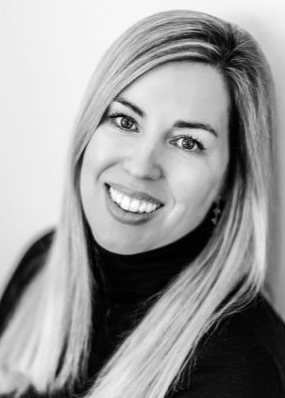 When the body count starts to rise, Elin’s professional training kicks in and, after phoning the local police for permission, she takes charge of the investigation. With no access to forensic support or police databases, she has to make do with what she has – basically her own instincts as a copper. She suspects that whatever is motivating the killer lies in the history of the hotel. Sarah Pearse (right) exploits the conventions of the locked-down/cut-off-from-the-outside-world thriller for all she is worth, and we have hidden passage ways, disused tunnels, murderers in sinister masks, and the general sense that most of the key figures in the plot are hiding secrets of one sort or another.

The novel came out as a Kindle on 4th February (Transworld Digital) and will be available as a Bantam Press hardback from 18th February. You can find out more about the author by clicking this link.