NEVER ASK THE DEAD . . . Between the covers 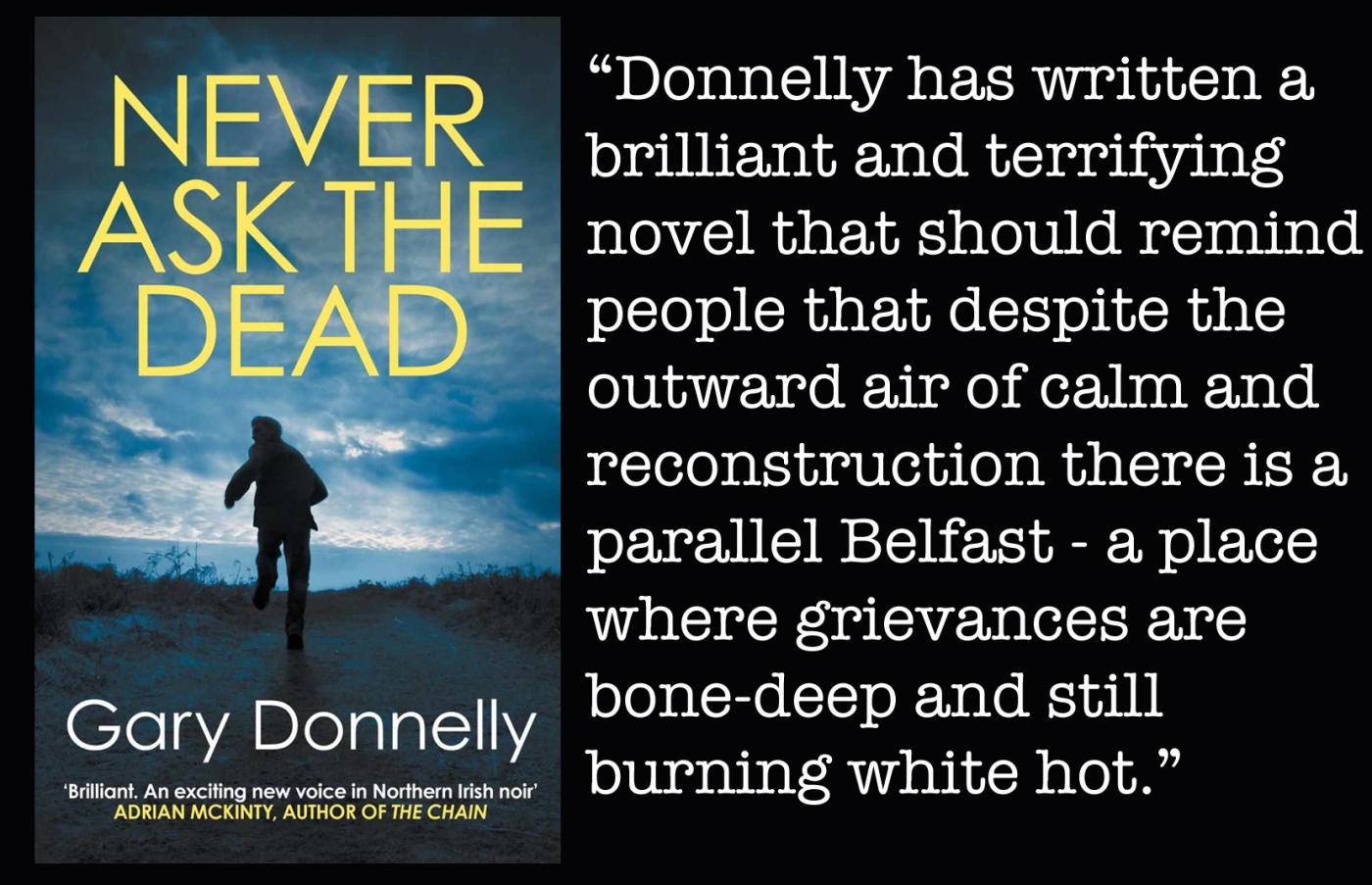 This is the third in a compelling series featuring police officer Owen Sheen. He is Belfast born and bred, but is currently employed by London’s Metropolitan Police. He has been seconded to work in his home city heading up SHOT – the Serious Historical Offences Team. Inevitably, these historical offences are all bound in to the  horrendous sectarian violence committed during the bizarrely euphemistic ‘Troubles’. But now, since the Good Friday Agreement, hatchets are buried, enemies have become friends and all is serene on the sunlit uplands. Isn’t it? Actually, no. Former gunmen, torturers, knee-cappers, car-bombers and violent thugs are now in politics, schmoozing and shaking diplomatic hands at the highest level. But beneath the men in suits – yes, mostly men, because parts of Ulster society remains hugely patriarchal – there are still dozens of killers, some as yet uncaught, but others pardoned by political expediency.

Sheen’s latest case concerns an investigation into ‘The Cyprus Three’ – three IRA operatives gunned down by SAS men on a street in Cyprus. The official line is that the three were about to plant a huge bomb to destroy British troops.The courts decided that the killings were lawful, despite the three Irish people being unarmed. The more elderly among us will recognise that this scenario is a mirror image of a real event – the killing of three IRA members in Gibraltar in 1988. 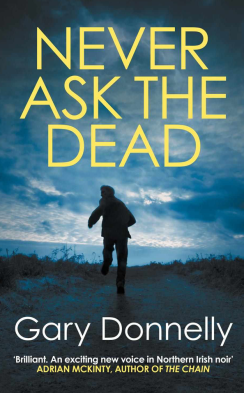 Sheen is given the task of re-investigating the Cyprus shootings, with a strong hint that it would suit the contemporary political narrative were the SAS  men to be found guilty of unlawful killing. As he turns over the stones, Sheen isn’t surprised to see all kinds of unpleasant creatures scuttling away from the light. He has his own issues, as his own brother was the collateral damage of a terrorist bomb in their childhood street while they were kicking a football about.

As his investigation mines deeper into the landfill of lies and deception that makes up Belfasts’s political history, Sheen is drawn into the search for a legendary double agent, nicknamed TOPBRASS. He has played both sides – the IRA hierarchy and the British Special Branch. But why is he still ‘an item’ in the malevolent undertow of Ulster politics, and how high are his connections in ‘high places’? 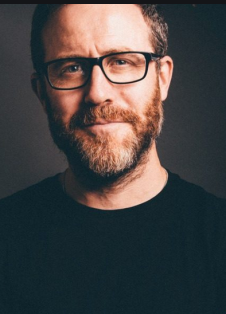 Donnelly has written a brilliant and terrifying novel that should remind people that despite the outward air of calm and reconstruction there is a parallel Belfast – a place where grievances are bone-deep and still burning white hot.

We can sit in our suburban homes and tut-tut about the barbarity of ISIS, Boko Haram or Hezbollah, but Gary Donnelly (right) reminds us that acts of incalculable horror were carried out on a regular basis on the streets of a British city by the IRA and its Unionist opponents. The only thing that I can take from this savage history lesson is that religious zealotry fuels bigotry, which in turn provides the spark to the tinder of sectarian violence. This is a great read, but not a happy one. Never Ask The Dead is published by Allison & Busby and is out now.

KILLING IN YOUR NAME . . . Between the covers 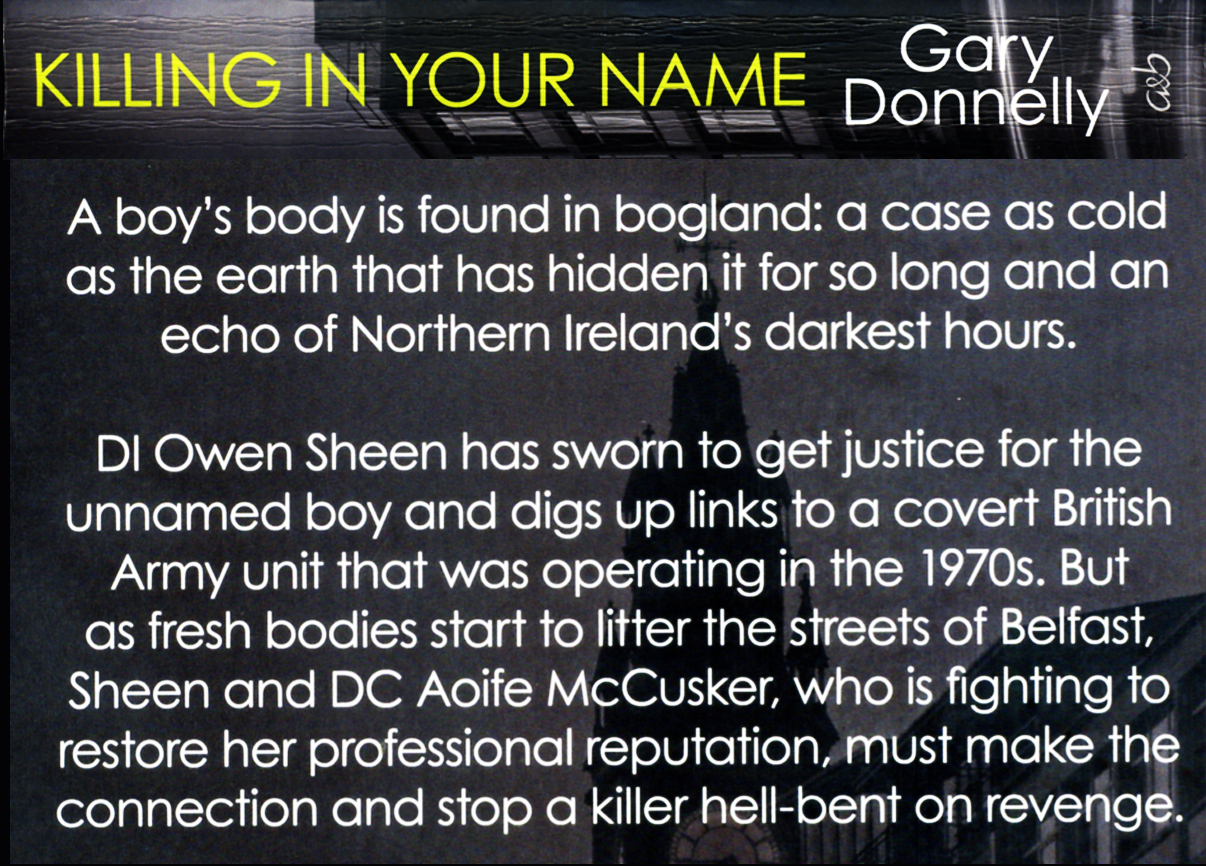 In February this year – remember when everything was normal, and Covid-19 was just something nasty that was happening in China and Italy? – I reviewed Blood Will Be Born, the debut thriller by Belfast writer Gary Donnelly. I said it was:
“… breathtakingly violent, vividly written and a bleak commentary on a seemingly terminal bitterness which makes normal human beings behave like creatures from a warped vision of hell.”

The full review of that book is here, but in no time at all, it seems, comes the second episode in the career of Met Police detective Owen Sheen. He has been seconded to the historic crimes unit of the Police Service of Northern Ireland. If ever there were a British city where historic crimes still haunt the streets, it is Belfast. Sheen was born in Belfast, and watched his own brother being blown to pieces by a terrorist bomb as the two youngsters played football in the street. Donnelly says:

“Over the decades, so much blood had spattered the streets of Belfast, all now washed away, and forgotten by many. But there would always be those, the ones who had been left behind to count the cost, for which the stain and the pain would never really go.”

The (literally) explosive conclusion to the previous case has left Sheen sidelined and his PSNI partner Aoifa McCusker walking with a stick and suspended from duty after a stash of Class ‘A’ drugs were planted in her locker. Sheen is haunted by the discovery of a boy’s body, found in remote Monaghan bogland on the border with the Republic. The body has been partially preserved by the acidic water, but even a post mortem examination reveals few details.

Meanwhile, a spate of horrific killings has perplexed PSNI detectives. A priest has been decapitated in his own sacristy; the teenage daughter of a prominent barrister has been abducted and then killed; her body, minus one of its hands has been dumped at her father’s front door. The adult son of a former hellfire Protestant preacher and politician has been found dead – again, butchered.

Against the better judgment of senior officers, Sheen is allowed to ‘get the band back together’ and so a limping McCusker, and colleague George ‘Geordie’ Brown are joined by Hayley, a mysterious transgender person who calls herself an ‘instinctive’ because she has what used to be called a sixth sense about death or extreme violence.

As ever in Belfast, the answers to modern questions lie irremovably in the past and, almost too late, Sheen and his team discover that the killings are bound up with acts of scarcely credible evil that took place decades earlier. Revenge is certainly being served cold and, for someone, it tastes delicious.

Donnelly (below) has another winner on his hands here, and it is partly due to his superb sense of narrative, but also to his ability to create truly monstrous villains, and there is at least one in Killing In Your Name to rival anything his fellow Irishman John Connolly has created. Connolly’s creations tend to have a sulphurous whiff of the supernatural about them. Donnolly’s monsters are human, if in name only. Killing In Your Name is published by Allison & Busby and is out today, 20th August.