Paul Levine is an American author of crime fiction, particularly legal thrillers. He has written two series, known generally by the names of the protagonists: Jake Lassiter and Solomon vs. Lord. In Bum Deal, published by Thomas & Mercer and out now  old football injuries, ostensibly healed, may have left Jake Lassister a terrifying legacy. He has begun to suffer crushing headaches and episodes of memory loss. Does Lassiter have chronic traumatic encephalopathy (CTE), the fatal brain disease?

That’s the backdrop of Bum Deal in which Lassiter, after two decades as a criminal defence lawyer, switches teams and becomes a prosecutor. Why the move? Is he burned out?  Or is the reason he’s switching teams more alarming? Have all those concussions come back to haunt him? Dr. Melissa Gold, a neuropathologist, thinks so. She prescribes experimental treatments intended to stop, or at least slow, the progress of his traumatic brain injury.

Despite the health scare,  Lassiter is appointed to prosecute a prominent Miami surgeon for killing his wife. Only problem, there are no witnesses, no fingerprints, no DNA, no weapon, not even a body. How will Lassiter even prove that the missing woman is dead, much less that her husband killed her? Looming over Lassiter is a greater risk than merely losing a case. As the trial approaches, his symptoms become more severe and the jury’s verdict becomes the least of his worries.

THE FAIRFAX INCIDENT by Terrence McCauley

Terrence McCauley is an enthusiastic contributor to Thuglit, which describes itself thus:

Readers will not be surprised, then, to hear that McCauley’s latest novel is a violent thriller set in the maelstrom of prohibition era New York City. Charlie Doherty is a disgraced cop who has used his influence and street-smarts to set up a PI business. When a rich widow walks into his Manhattan office and asks him to prove that her husband’s suicide was actually murder, Doherty lifts his eyes to the heavens, thanks all the Irish saints he can remember, and dreams of the many ways he his going to enjoy the widow Fairfax’s fat cheque. Investigating the apparent suicide of Walter Fairfax, however, wipes the grin form Doherty’s face as he is forced to confront some of the most implacably evil men not just in New York, but much further afield. 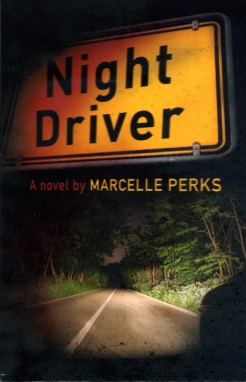 Marcelle Perks is no novice writer, but with earlier titles such as Incredible Orgasms: Yes, Yes, Yes, Yes and Secrets of Porn Star Sex: Brilliant Ideas for No-holds Barred Pleasure, this thriller signals a temporary change of direction. Perks lives and works in Germany, and it is there that we meet Frannie, an English expat, heavily pregnant and with her marriage on the rocks. Having learnt to drive in a bid to boost her self esteem, she takes to deserted early-hours roads to build her confidence at the wheel. Fate takes a hand, however, and when her path crosses that of Lars Stigelegger, a homicidal truck driver, Frannie is drawn into a world of trafficking, prostitution and violence. Pre-publication comments suggest that Night Driver is:

♦ Tom’s Midnight Garden as a road movie with a serial killer thrown in.
♦ Duel for the post-Brexit age.
♦ A gripping Euro drama with a shocking twist.

The novel is based on the true crime case of Fritz Haarman, Germany’s most notorious serial killer. Night Driver is out on 2nd August from Urbane Publications.